The Language of The Future: Globalme and Technology’s New Spoken Word – Gastown 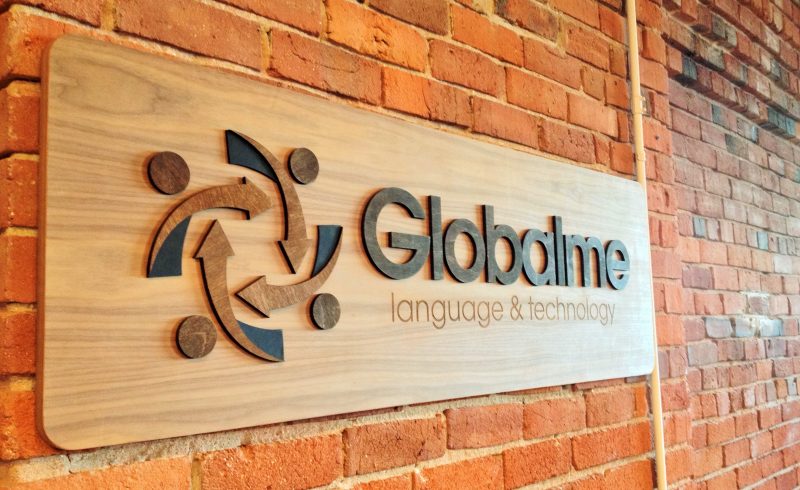 Technology is a weird and wonderful thing. Some of it works out and some doesn’t. When an incredible breakthrough is found – an advance in medicine, communications or otherwise, this strange new way can fundamentally change our lives for the better.

But what about talking cars or even vehicles that can drive themselves? Is this the premise for a sci-fi film or a glimpse into the future?

No. It is today we speak of.

With the rise of the smartphone and our dependence on mobile technology, we must accept the fact that everyday driving has somewhat taken a backseat, and we mean this literally. We must now learn to communicate with our vehicles as never before because there will be a time, all within our current life cycle, where we will step into a car and command, not drive.

Globalme – a language and technology company based in Gastown, is the lightbearer; a trustworthy guide leading us down this obscure road into a voice based technological enlightenment. Globalme has grown by 350% in just eight years. A leading edge language solutions company –Globalme was on Canada’s 2015 Profit 500 list and was awarded ‘Business in Vancouver’s Top 100 Fastest-Growing Companies in 2014 and 2015. They specialize in technology testing, data collection and localization and in particular, voice to device solutions in virtual reality, artificial reality and in-car speech recognition technologies.

We met with Founder and Chief Technologist, Emre Akkas, originally from Turkey, who is now as Gastown as it gets.

I started the business in Oregon and migrated north to Vancouver as the nature of the business requires us to work with a lot of global dialects and native language speakers. Vancouver has an incredible amount of cultural diversity. When we first moved here we had a small office on Pender and Abbott for a few years and then eventually settled into our space here on Water St. It’s home and we love it. Gastown is a wonderful environment to be in and a fertile place to grow our business. What do you mean when you say that Globalme is a group of technophiles, linguists, engineers, and masters of efficiency living at the intersection of emerging technologies, language, and human interaction?

We work with companies that create these technologies – virtual reality, artificial reality, wearables, apps and software. We help them expand into global markets. We translate their apps and test them within different cultures and languages. We travel to other countries and test the products in the field and in user trials. All of this requires our team to be multi-cultured with a variety of skills. We have 20 people who represent 14 countries. This creates a unique working environment where we share many cultural differences while constantly learning how to grow and communicate with each other. While working for one of your clients (a human to tech communications company), Globalme took on the enormous task of collecting high quality human speech data from 15 countries, with over 2000 participants and more than 600 hours of data to sort thorough.

We collected speech samples for a speech recognition application, similar to SIRI. We brought people into the natural environment in which that application is being used, asked the device questions and collected the data. We set out to do this in 15 different languages. We started the project in Vancouver and then travelled abroad. We needed 600 Japanese people alone for that language. I travelled to 10 countries for the project and the experience was amazing. Even though the tasks were the same, each location and its people became a totally unique encounter. I learned a lot. Having a French person in the room and a Japanese person, both doing the same task, created very different results. Each culture reacts differently to identical questions. For example, Italians gave us about 400 utterances an hour while the Chinese participants gave us only 250. Globalme specializes in in-car speech recognition solutions for the auto industry. Tell me about this emerging technology and how it is changing the way we drive and interact with our automobiles?

This technology will change significantly with the rise of self-driving cars although currently, in-car speech recognition technology has advanced considerably. It’s actually fun to use now, where before it was patchy and kind of annoying. Eventually, it is going to be very interesting when we don’t have to drive anymore. What are we going to do in the car? How will we interact with it? Do we still need front facing seats? The entire interior design of the vehicle, including much of the onboard technology is going to change, as we will no longer need to interact with the car the way we currently do. We will most likely still talk to the car when there is a decision to be made – change the climate, lighting, music or perhaps one where an alternate route has been found or when we need to exit the route to get food and so on. It’s a big transition and it begins now with the ways in which we interact with our devices. One of those major devices is the car. Instead of touching buttons or typing in addresses, we do that with speech. We work with companies around the world who wish to make this technology accessible using as many languages as possible. Usage is influenced by generation. We have older people who come to the office for voice data collection, along with younger people and those in the middle. For younger generations, talking to your device is normal. For people older than 30, they are usually not that comfortable talking to devices as that is not something they did growing up. With generations to come, it will be commonplace. With 5 year old’s, they see their parents doing it and then they do it. When those children are in their 20’s, it then becomes part of their everyday lives. I love that Gastown has everything. There is a fantastic selection of restaurants, bars and coffee shops. When I step outside, I can always feel how alive and vibrant the neighbourhood is. Our staff, clients and those we work with like being here and want to hang around after. I like how accessible the neighbourhood is with public transit and car sharing options. Most of our staff live downtown and we do not have one single employee that drives to work. That’s pretty cool. I like the diversity that we have here and how we all try to live and work together. We are working with a bunch of virtual and artificial reality applications to translate their technology into different languages. We just wrapped on a project that involved a wearable piece of tech – sporting glasses that you use when running and cycling that deliver metrics as you speak to it. We have a ton more projects coming in the automobile speech sector that will be exciting to work on!