A World Within Our World: ‘Moves Media’ and The Future of Virtual Reality – Gastown 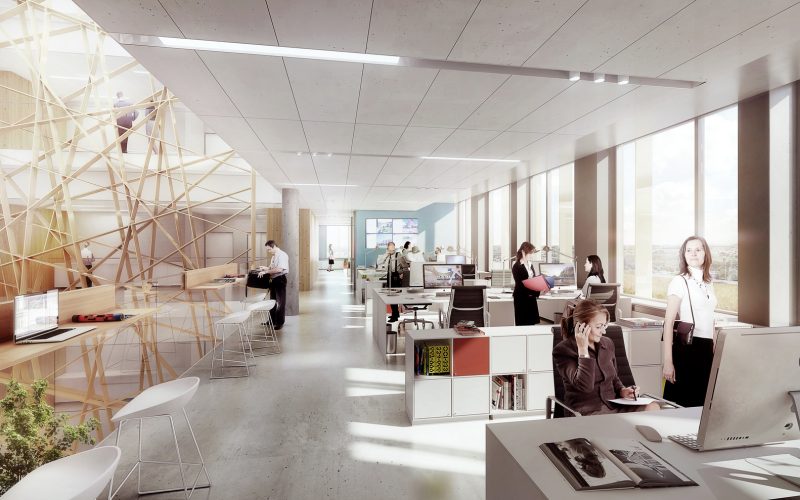 Gastown can be seen as a stage. The backdrop is made up of historic old buildings that house independent retailers, each selling wares different from their neighbours. There are fine restaurants, hearty pubs and coffee shops full of savory roasted beans. It is an abundant, vibrant place and the show is always on.

But there is another side to Gastown. A world beyond the street scene, inhabited by inventors, artists, visionaries and dreamers, all willing to turn ideas into realities. And there’s Mr. Blaise Sack – founder of Moves Media – a video production company that specializes in 360 degree Video, Drone Photography and Virtual Realty videos.

It’s the latter that begs the question: “Is it real when you are immersed in an artificial environment that is created with software and presented in such a way that one suspends belief and accepts it as a real environment?”. Mr Sack thinks it could be and he’s brave enough to bring us there. Tell me a little about how you came into this business and eventually settled in Gastown.

Totally by accident. I was in a number of marketing related roles within the tourism industry and I then branched out and started doing GoPro videos of sports events. A friend offered me $100 to make a video for his company and I thought: “Jackpot!”. It opened a gateway to begin doing work that I really enjoyed and getting paid for it. Exploring adventures, meeting new people and creating stories is what I’ve always been most passionate about. Choosing to set up and grow my company here in Gastown was clearly the right decision. I am surrounded by like-minded, young, creative and enthusiastic people who motivate each other to continue creating wonderful things. Moves Media specializes in 360 Video, Virtual Reality and Drone Photography. Tell me about this emerging technology and how it is changing the landscape of how businesses can present themselves.

360 Video and VR is a super interesting field. It is still in the infancy stage and about a year ago everyone thought that it was going to explode. Even though virtual tech has grown considerably, particularly in the gaming world, 360 Video is still very new and people are trying to figure out exactly how they can use it. It‘s a totally different way of looking at conventional media. You can’t tell a story in the same way as when using conventional video. People are trying to invent rules to create experiences with 360 and then others are breaking those rules and taking it in completely different directions. The biggest issue is that it is not fully accessible to mainstream users in its truest form. Being able to experience it on a VR headset is completely different to just viewing it by clicking and scrolling on a desktop computer. They are both entirely different experiences. The possibilities of this new technology is staggering and we have barely scratched the surface. There is a small community in Vancouver that is working with this technology but within Gastown and the Lower Mainland, Moves Media is unique in what we are providing our clients. Setting up the 360 camera on the north coast of Vancouver Island when a super pod of White sided pacific dolphins surfed our bow wake. The 360 video can be seen here.

You created an awesome 360 tour of Gastown, Stanley Park and Vancouver for Westcoast Sightseeing. How did you do it? Will we see more videos and tours like this?

We definitely will see a lot more of this in the market in the near future. For this project, we mounted multiple cameras on the upper deck of an open top sightseeing bus. Other than a few challenges like bumps and other technical parameters, we drove through Gastown and around the city and created this virtual 360 tour. Where the magic really happens is when you put on a VR headset. You are able to look in any direction, including up and down, as if you are literally sitting on the bus. There’s a lot of excitement about creating virtual travel  and a “trying before buying’ method of marketing. Essentially, being able to experience a place, location, attraction, holiday, real estate location, theme park, mall, you name it, before actually going there. We have been looking at opportunities to push the limits of what is currently being done and to open up windows into a whole myriad of interesting worlds. You have worked with Justin Trudeau, shot for big companies like MEC and have been on projects that take place all over the world. What was one of the more memorable/challenging?

One of the recent projects we worked on was filming an experience at a backcountry lodge near Nelson called Powder Creek Lodge.

(Here is the video that was produced)

(and the behind the scenes full experience video)
We spent 7 days without any cellphone reception in the middle of the mountains, ski touring all over the place. It is incredible to just experience this place and it’s quite a challenge to film such a location. Anytime you are filming in cold, remote locations you’ll experience battery issues, freezing hands, struggling with carrying gear around, trying to set up shots on slopes and battling windy conditions. The beauty of experiencing such a location can quickly turn into a technical and physical nightmare. There’s this strange contrast between feeling the wonder of the landscape of where you actually are and struggling through the arduous process of trying to capture it on film. Ultimately it is truly rewarding. The project that I’m currently most excited about is one where we are creating an original series called “The BC Adventure Project”. In the series we are exploring remote areas of BC and documenting both the experience of travelling to these locations and the challenges of filming these expeditions. When filming in these environments, the allure, the call of the wild is the story of how it is done. I have always found that really interesting and that’s half the measure of the content we are creating. It’s both the destination and the journey. It’s a lot like life itself.    BC Adventure Project Trailer and information

Gastown is a fantastic community of young creative minds. There’s a strong positive atmosphere with like-minded individuals and that creates opportunities for collaboration. I am always being inspired and encouraged to go further and go beyond the boundaries into unseen territory. Gastown is a place where that is happening all the time.