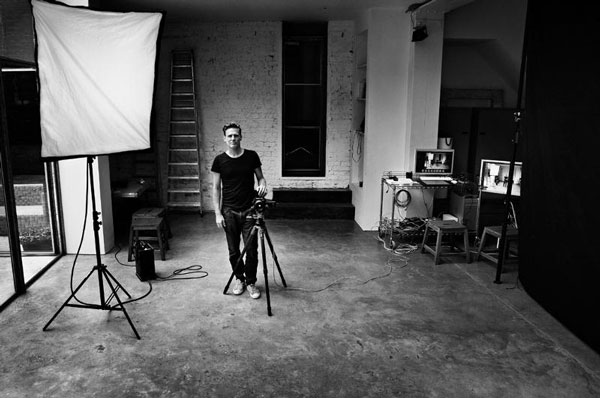 Adams will be making a stop at Inform Interiors for an exclusive book-signing event, showcasing his other passion, photography. The event celebrates two diverse subjects as Adams signs copies of his books – Wounded and Exposed.

In Wounded, he brings to light sacrifice and hardships resulting from war, a difficult subject often shied away from. Exposed is a retrospective of Adams’ portrait and fashion photography and features stunning images that ‘expose’ not only the facets of his subjects (including Amy Winehouse, Ben Kingsley, Mickey Rourke, Lindsdey Lohan & Michael Jackson), but also the depth of his photographic faculty.

Why Gastown? Well, the local legend has been a part of the neighbourhood for more than twenty years, after buying the city’s oldest brick building.

The Oppenheimer Warehouse was under construction at the time of the Great Fire in 1886 and remained unharmed, making it one of the first post-fire structures to be completed. The Warehouse was built for the Oppenheimer Brothers, a merchant family with a wholesale grocery business on the mainland of British Columbia. A century later, the building stood empty and virtually forgotten. Enter Adams, who purchased the property in 1991 and spent several years restoring and transforming it into a state-of-the-art recording space. The Warehouse Studio opened in 1997 and a year later, Adams efforts in it’s revival were honoured with a City of Vancouver Heritage Award. Fully restored inside and out to retain the historical integrity of the original structure, The Warehouse Studio offers modern amenities within a character rich environment. It’s home to four spacious studios, each on their own floor and featuring a lounge area, private kitchen and plenty of natural light. The environment is comfortable and conducive to capturing superior sound.

You’ll find AC/DC, Bon Jovi, Stevie Nicks, Elton John, Metallica and Elvis Costello among the artists who have recorded at the Studio, alongside some of Canada’s most successful songsters, including Sarah McLachlan, The Tragically Hip, Michael Buble and Nickleback.