East Cordova is a microcosm of everything that makes Gastown, well, Gastown.

The old-fashion charm of a heritage barbershop, the style and class of a well-made suit, the rockus fun of a funky hole in the wall bar, and all the vibrancy of a bouquet of flowers.

In recent months, East Cordova has welcomed newcomers to the community, thanked the old guard for keeping the vibe alive and awaited hidden gems to be discovered.

If you’re not careful, you’ll miss out on this treasure trove. 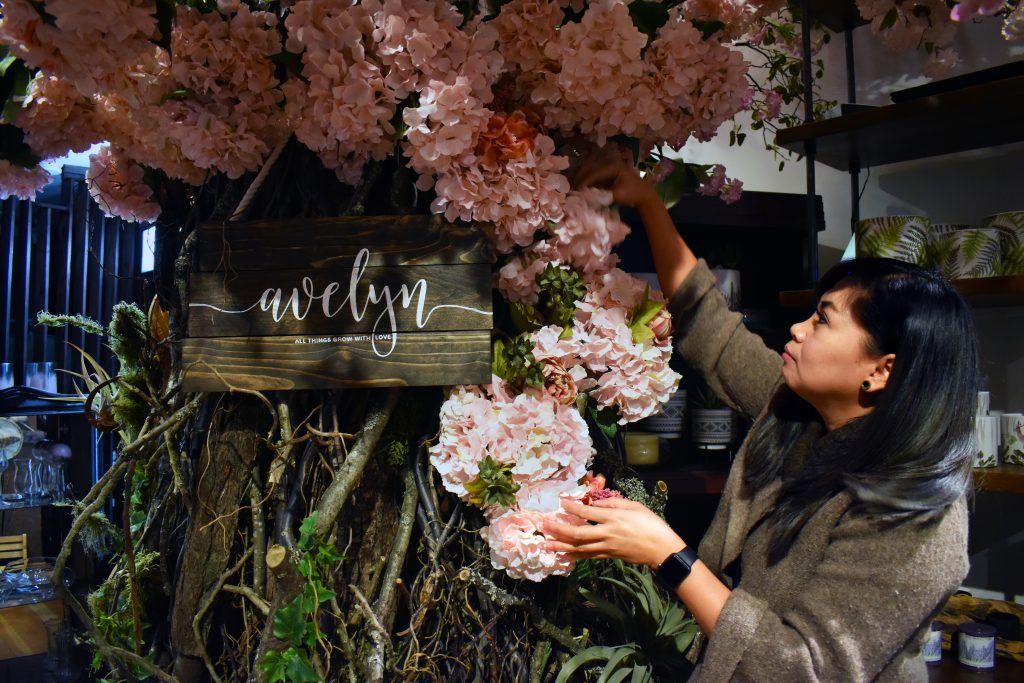 Avelyn Florist – New to the hood

A newcomer to the neighbourhood, Avelyn Florist brings a splash of colour to East Cordova.

With the promise to remind Gastowners that flowers are more than a special occasion gift, Avelyn hopes to share the profound meaning behind each bouquet.

Flowers are the language of love and Avelyn is here to translate. 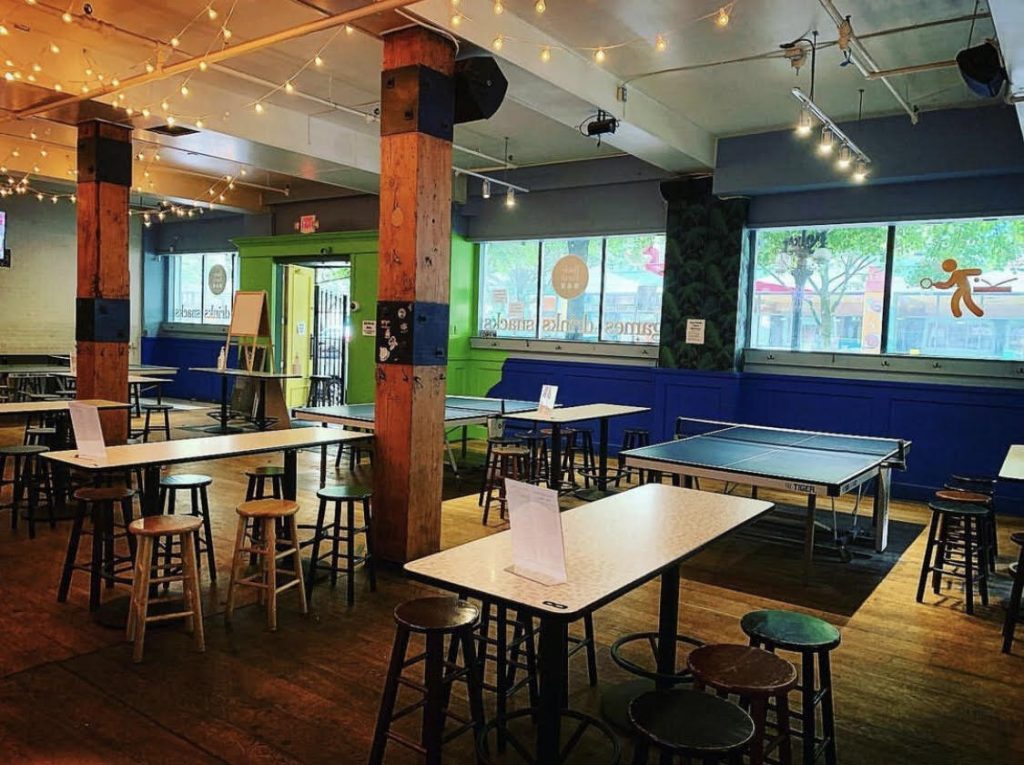 A ping-pong and board game bar? Why not!

Back & Forth bar oozes rec-room cool with its eclectic décor and bevy of ping pong tables available for pros and beginners.

If ping pong isn’t your thing, try kicking back with a beer and a rousing game of Jenga, or rock Nintendo old school.

Back & Forth bar is your friend’s basement taken to the next level. 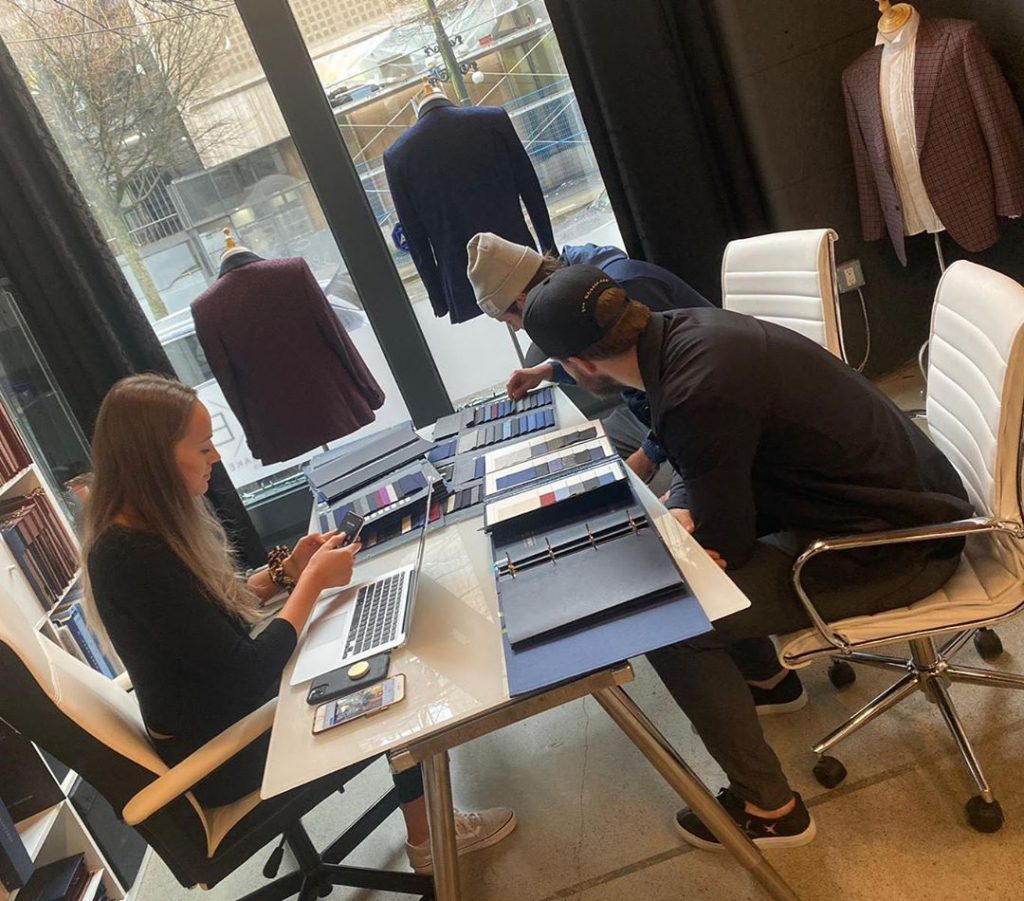 Baynes + Baker will have you dressed to the nines without blowing the budget.

Originating in Vancouver, Baynes + Baker set out to provide a solution to the continuously increasing costs of custom suiting, as they believe price shouldn’t be the gatekeeper between you and a great fitting suit.

Having mastered the art of the custom suit, Baynes + Barker now offers reusable cotton face masks as part of their repertoire.

Bia Boro is the marriage of owner Bahram Djam love for travel and passion for his community.

This modern men’s and woman’s apparel shop houses brands from around the world, as well as unique pieces from local artisans.

Bia Boro first opened its doors in Nelson in 2004, but soon expanded to locations in Kelowna and, you guessed it, Gastown.

The boutique even features a “style and shoot” concept with one-on-one styling services and a professional studio setup and shoot with clients on the spot.

With a love for fashion of all shapes and sizes, Bia Boro encourages self expression and unconventional lifestyles. 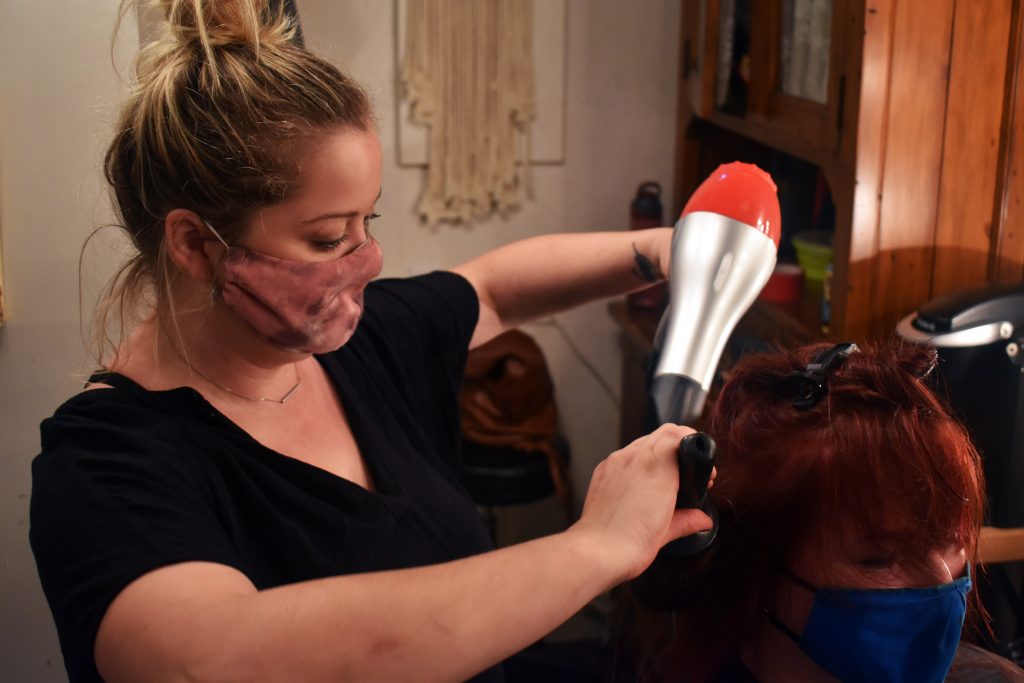 With 14 years experience, Haley strives to make her clients feel comfortable and confident in their new, but wearable, hairstyle.

Though the salon is tucked away, don’t be fooled; nobody puts Haley Glenn in the corner. 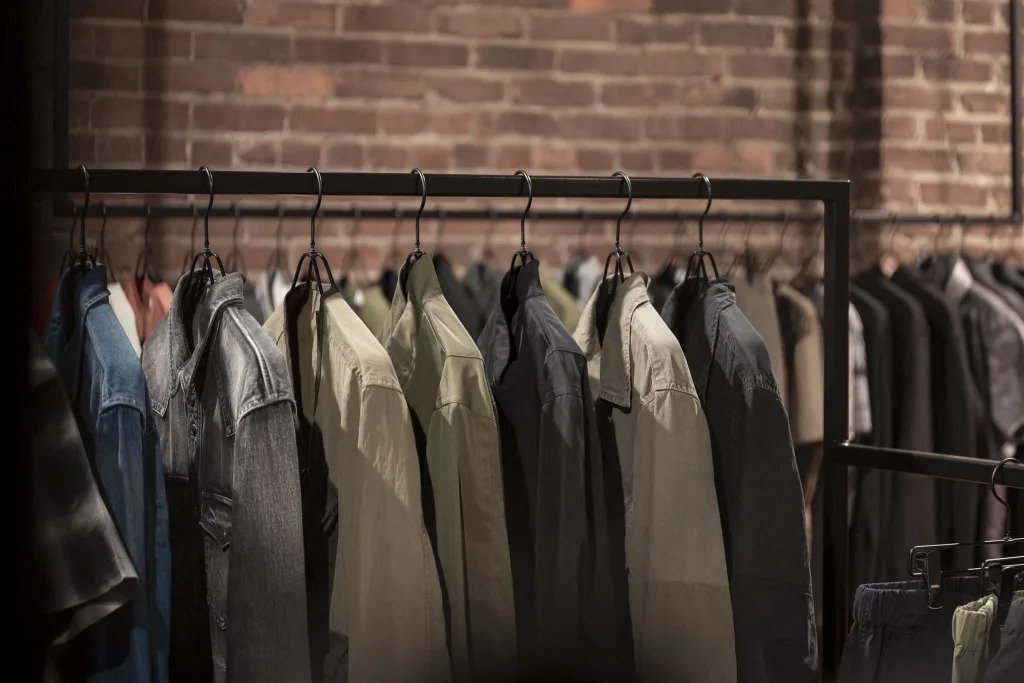 Haven’s blend of modern and traditional first started in 2006 when it opened its Edmonton shop in an old industrial warehouse.

The premium men’s apparel brand grew to house stores in Vancouver and Toronto, while continuing to utilize quality materials that provide comfort and high-level performance.

Haven is inspired by military, workwear, and outdoor apparel and offers top Japanese and international menswear.

Built off the essence of their original Edmonton shop, Haven preserves the distinct character of 52 East Cordova in order to pay respect to the past, present and future. 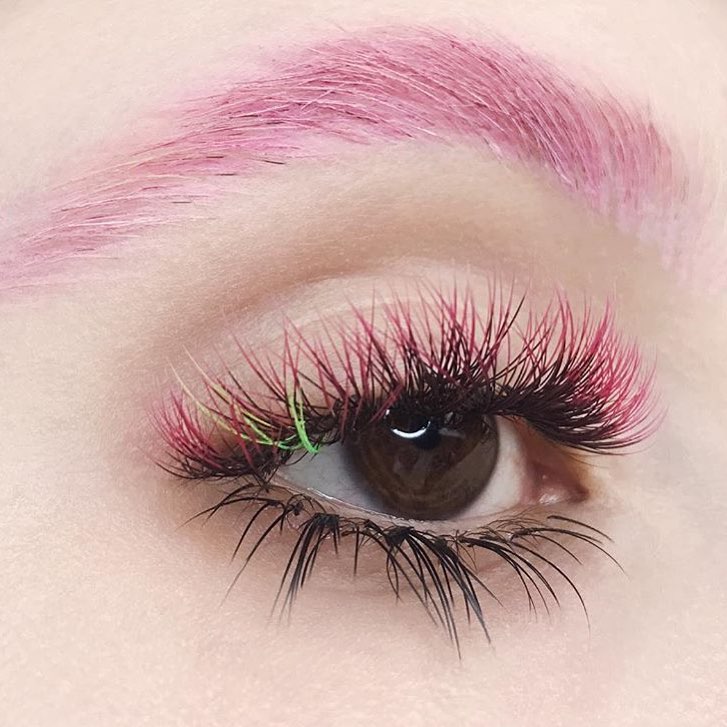 Liven up your style by heading over to Joanna Keller Beautique.

This trendsetting beauty brand helps clients of all ages and styles to feel their most beautiful.

Lashes have always been a passion for owner Joanna Keller, and is known for her colourful lash designs.

JKB got it’s start in Gastown and has since moved back to East Cordova, as Keller has always been drawn to the personality and warmth of the neighbourhood. 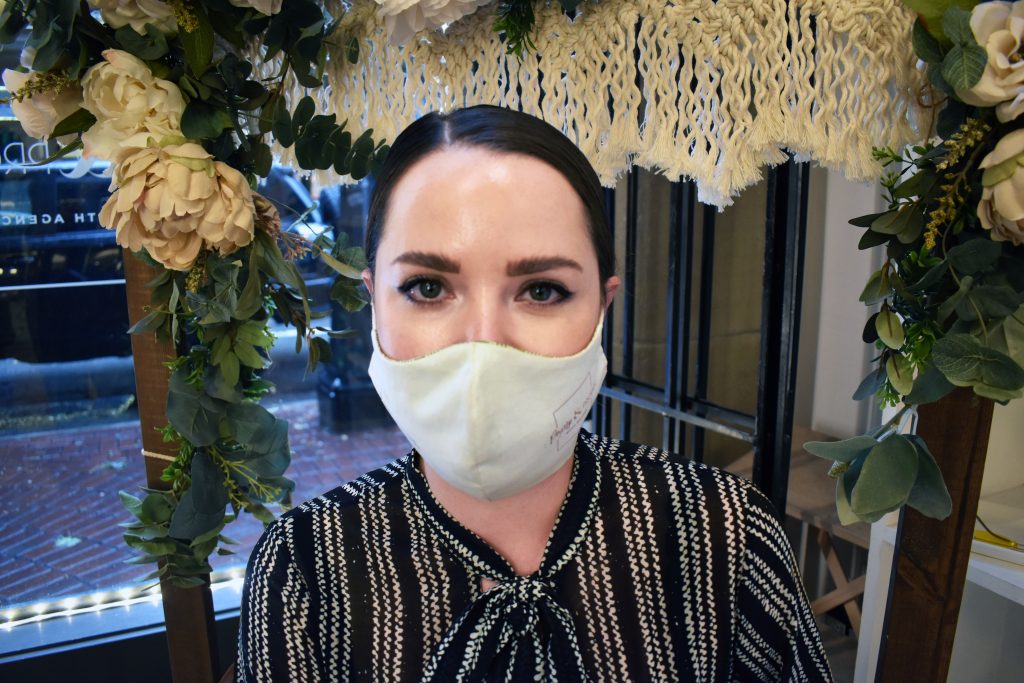 Primp & Proper – New to the hood

Primp & Proper is here to pamper.

Owner and business phenom Faye Smith has a history of success with her multi-award-winning hair and makeup artist company, Faye Smith Agency.

Faye and her team have been making wedding day hair and makeup fantasies a reality since 2008, and have more recently extended their services to lashes and brows.

Whether it’s a natural beauty or full glam moment, Primp & Proper is here to empower you to feel your best. 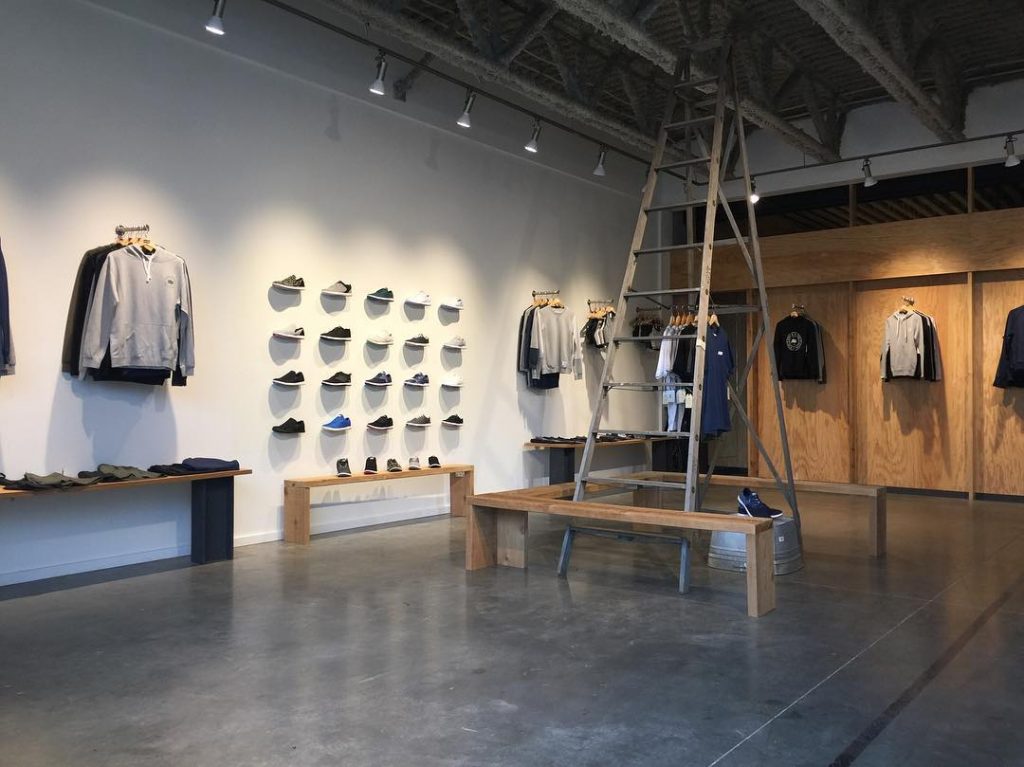 STRIKE MVMNT’s notoriety comes from being the original movement brand.

The sleek and minimalist footwear and apparel company meets at the cross-section of classic aesthetic and broad-spectrum performance. 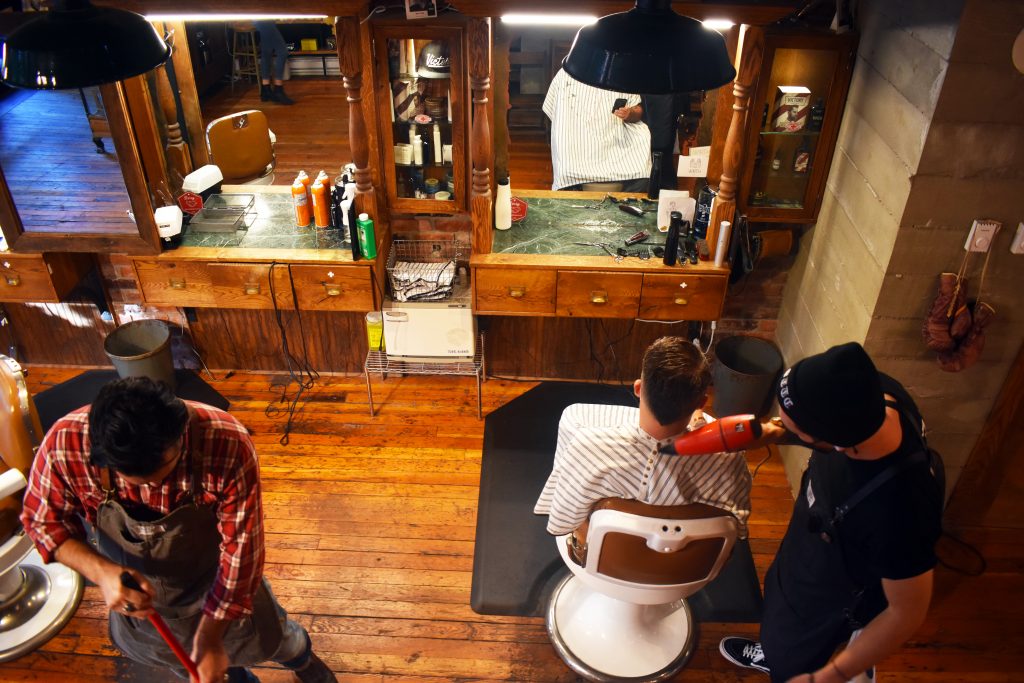 Victory Barber is an award winning, prohibition-era style barbershop created as an homage to co-founder Matty Conrad’s grandfather, a true gentleman in every sense of the word.

Along with Rock & Roll musician Joshua Sparrow, Victory Barber has earned multiple industry accolades, including awards for their product line of pomades, balms, beard oils and much more.

Victory Barber got their start in Victoria in 2010, but now boasts 4 locations, including a destination spot on East Cordova.

Do yourself a favour and head over to Victory Barber and make your grandpa proud.