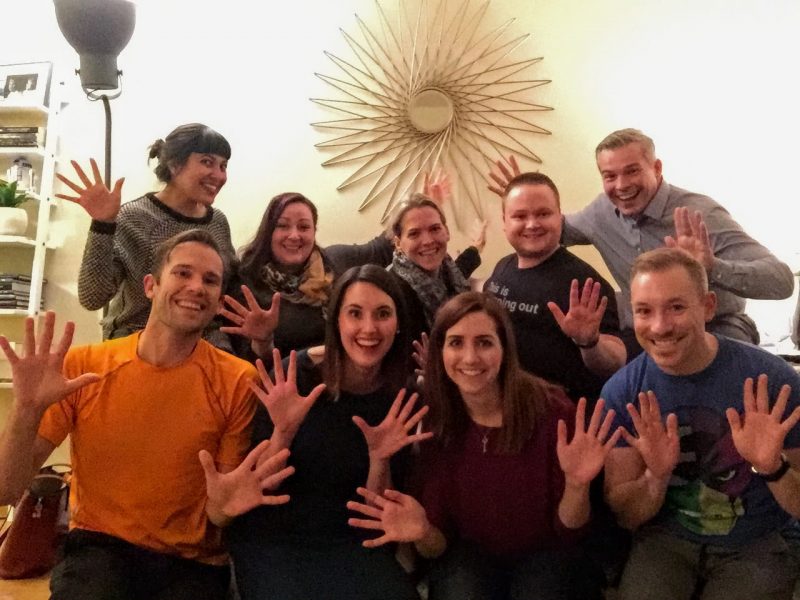 It will be one of those events you simply can’t miss. For what is Christmas but a time of togetherness, shared joy, laughter, celebration, lights, contemplation for the blessings in this life and music. Yule Duel is all this and a chance to give to a worthwhile charity, May’s Place. It’s also one heck of a competition! The performances are some of the best around, it’s thoroughly entertaining and above all, it’s fun! Here are three fantastic choirs, who will sing their hearts out for Yule Duel 2016.

When I was a child, I had the choice between sports, a musical instrument and theatre, so I made my choice and started in musical theatre. I was involved in theatre groups for many years throughout primary and high school and took a break for my undergrad year and for most of law school. I did get involved with the annual skit show at UBC Law which was a ton of fun. We got to write and perform the show with fellow law students. Eventually I joined The Lawyer Show with Touchstone Theatre, where we performed a play or a musical with a cast made up entirely of lawyers. The show helped raise money to support independent theatre. Then Yule Duel came about last year and we thought: What a great thing to do during our off season!

We came up with the name together. Being lawyers, we are people who appreciate word play. We did create a shortlist of names, all of which were puns with such winners as The BC Supreme Chorus, but it was Note Guilty, quite short and sweet, which won out.

This is our first year competing and we’re super excited to perform, to hang out and make music together and to raise money for a worthwhile charity.

We offer a fairly mixed bag of carols. We have some traditional songs but also a few contemporary ones. People can expect material right across the holiday music spectrum.

Well, with the odds of winning, I can’t say for sure but I know that last year there were some amazing choirs who brought a lot creativity with them. I think that we bring something different to Yule Duel. I don’t think people expect lawyers to be into musical theatre or to want to do an event like this, so I think we’re going to take people by surprise!

Are you going to have a unique spin to give you an edge?

You can definitely expect some creative costuming. We’re still in the development stage right now but I think that’s what is going to set us apart. I started to sing in a choir when I was back in high school. That eventually led into singing Opera professionally. I started with Zing three years ago and what’s interesting is that it has come full circle, where I am now leading the choir. I truly love it and I get so much energy from the children. There’s this other level of musicality when one hears children’s voices singing.

The word Zing is defined in the dictionary as something with vitality, animation, or zest. It is a quality or characteristic that excites interest or enthusiasm. And it’s a word that describes our children’s choir to a tee. The brainstoming session went something like this: “Our Choir sings with lots of zing”….“ But wait a minute”, we thought, “that sentence needs an exclamation mark: Our choir sings with lots of zing!”. “Hmm…let’s just call ourselves: ‘Zing!’…with the exclamation mark!”

We enjoyed Yule Duel so much last year and it was very fulfilling for all of us. The children’s eyes and spirits were so full. Our Christmas concert was the next week and we had a wonderful time coming from Yule Duel and truly getting into the Christmas spirit. When the children were on Water Street they just wanted to sing their hearts out and with full expression. We can’t wait to do it all again this year!

We try to do a bit of everything. Last year we were singing Beatles songs along with classical songs. We have sung with adult choirs such as The Shaughnessy Heights United Church Choral Choir and their conductor, John Rutter. This year, we have prepared music that includes Enya, Bing Crosby and David Bowie. We do music that was inspired by something from the 1600’s or a piece that is currently in the charts.

Last year my son was in the choir and he speaks of it to this day, how we tied for first with St. James Choir and that for him, it was just brilliant! We had a fantastic time singing on stage and whomever we meet this year, we’ll do our best when it comes to the duel!

If you could sum up Zing in a sentence? From an early age, singing has been a major part of my life. I was often involved in children’s choirs and I was performing regularly. When my father went to university in Winnipeg; I was 13 at the time, I was the only minor allowed to sing in the University Oratorial Choir. It was a thrill to be able to sing such complex, high impact orchestral music in large performance venues and environments. As a teen, I formed a group with some friends where we created our own arrangements and did a lot of performing in churches. Eventually, I became the artistic director of the Richmond Youth Honour Choir and I have been with them for the past 7 years. It’s exciting to note that the choir will soon be celebrating it’s 15th year as an organization.

We were invited to perform last year but sadly, it was a little too close to the event and our calendar was full. We would have loved to take part. We are really excited to sing at Yule Duel this year and to contribute some fundraising to such an important cause as May’s Place. Yule Duel is a great community event that encourages people from all walks of life, to sing, whether you are part of a high end choir or simply singing just for the day. We very glad to be part of it and the children are quite excited to sing in Gastown.

In terms of musical styles and genres, we sing everything – classical, blues, pop, Disney, folk songs from around the world and whatever the specific theme is that we’re working on. For Canada 150 next year, we will focus on Canadian Folk music and are lucky to be the only youth choir from BC who has been invited to perform in Ottawa.

I haven’t given much thought to winning the competition. To be honest, I believe we are winning just by being at Yule Duel. I love trying to teach the children that they can give back to the community through the artform of song and music and that they can be instrumental in creating positive change for themselves and others.

If you could sum up Richmond Youth Choir in a sentence?

The Richmond Youth Honour Choir (RYHC) is comprised of the most enthusiastic and passionate singers from the Richmond and Metro Vancouver area who strive for excellence in their expression, singing songs that celebrate our multi cultural community and music that lifts the soul!