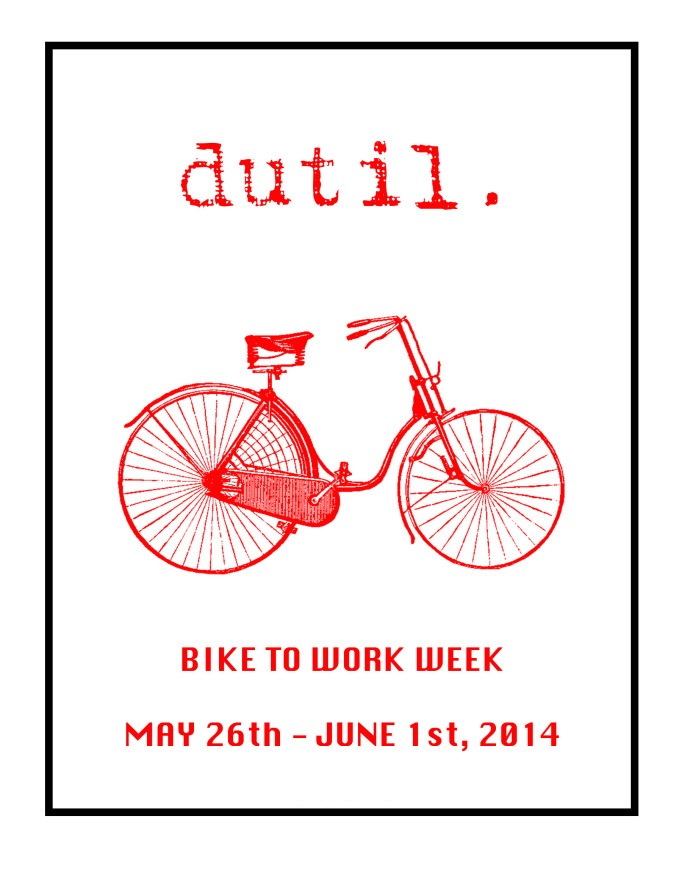 There are a multitude of reasons to choose two wheels over four: for the betterment of our health and our environment. You don’t need to sacrifice your fashion sense to partake in the bicycle commuter revolution. That’s why Dutil is encouraging all Vancouverites to participate in B.C.’s Bike to Work Week, and add Dutil to their bike route.

Dutil is handing out free bike lights to those who bring their bikes to the store, while supplies last. As an extra incentive, dutil is giving away the highly-coveted Levi’s Commuter package to one lucky pedal-pusher who makes a purchase between May 26th and June 1st. Levi’s may be known for their classic fits, but they have become innovators of cyclist-intended denim with their Commuter Series, which includes key features like a reinforced crotch.

Additionally, Dutil is excited to have an exclusive worldwide launch of the Naked & Famous Reflective Denim! Continuing their tradition of producing some of the world’s most innovative denim, Naked & Famous created a pair of jeans that actually make the wearer more visible in the dark––perfect for cycling at night! The fabric was produced exclusively for Naked & Famous and is comprised of millions of light-reflecting microscopic beads, which are baked into a layer of Japanese denim.

Be sure to grab your bike and “roll in” to Dutil this week and grab a pair of cycling jeans!