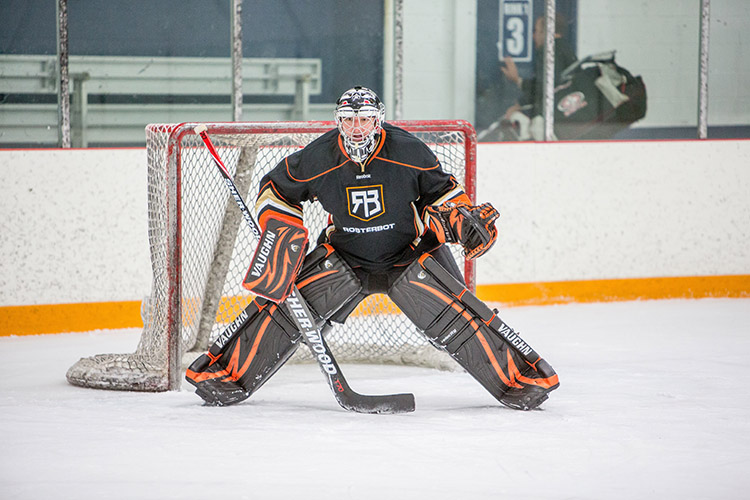 With email at their fingertips, Ian’s teammates were introduced to his web-based tool, which rolled out publicly as RosterBot in 2008. Now also available as an iOS app, it allows users to set up a team, add player profiles, assign people to positions and share schedules by synchronizing them with calendars on other devices. reducing the hassle of managing a team, so that people can focus on the fun side.

The app acts like a personal assistant for coaches, managers, parents and captains, sending out notifications for games and other events and then collating the RSVPs. It also ensures that players have paid their dues, reminds them of impending events and more, all via email or push notification.

For two years, the platform was allowed to grow organically as Bell worked on other projects. But in 2010, everything changed when former Vancouver Canuck, Bret Hedican, came on board.

“Bret and I bumped into each other a number of times over the years, but were formally introduced by Guy Kawasaki, who loves hockey and probably plays more than Bret and I combined, connected the two of us for a fun game of shinny during the 2010 Olympics,” explained Bell.

Recently retired from the NHL, Hedican was intrigued by the company and quickly got involved. “Bret’s run to the final with the Canucks was a real high point in my love of the game, so to have someone you had on a pedestal turn around and say ‘hey, this is really cool!’ was flattering.”

And he wasn’t the only one. NHL players and other pro athletes have been asking for (and sporting) the company’s swag because they like the logo and what RosterBot represents.

“Our t-shirts are also ridiculously soft,” Bell joked “That helps.”

RosterBot now has users in more than 60 countries, involved in over 350 activities and sports, something they achieved mostly through word of mouth marketing. The site largely targets amateur sports teams, although a few unexpected users who have joined up, including a church group and a poker collective.

“At one point there were so many events in a single month that the site began to crash,” noted Bell. “At that point, I thought, yeah, maybe the service was popular.” The internal team at RosterBot has grown from two guys and a contractor to seven developers, a designer and a marketing department, with more to come. Bell is invigorated by the progress, which is now generating somewhere between 50 and 100 teams signing up every day. So, it was clearly time for the next milestone – an appearance on Dragon’s Den.

“I’d been to a Dragon’s Den taping in 2011 with another startup. We did a deal but actually failed to get onto TV, which was horribly disappointing,” noted Bell. “This time around we thought deeply about ways to get our message across in a visual way, while still retaining some professionalism and (hopefully) dignity.”

In fact, the pair did such a good job making their pitch fun, that there was some concern they weren’t really serious about raising money.

“The producers want you to feel as though you are shot out of a cannon, like in a Broadway theatre,” Bell recalls. “It gets your heart rate up, makes you nervous and more energetic, and potentially more entertaining.”

While he struggled through rehearsals, stumbling or wavering during his bits, Bell was laser-focused once the pressure was on.

“I went into it much smarter this time, and having Bret with me helped a lot,” explained Bell. “We know the service well so we can finish each other’s thoughts.” Having filmed their stint on Dragon’s Den a few months ago, the RosterBot team watched it all play out last week and celebrated with a viewing party in their Gastown offices. Friends and family watched the pair deliver their pitch and land a deal that brought all but one of the famed financers to the table.

Having held his own against Canada’s dream makers / breakers, Bell is quick to encourage other entrepreneurs to take a shot at the Den.

“Make sure you can tell your story in a way that’s entertaining, doesn’t result in your humiliation, and is true to who you are,” he noted. “And it’s a good idea to get some validation that what you’re doing doesn’t suck.”