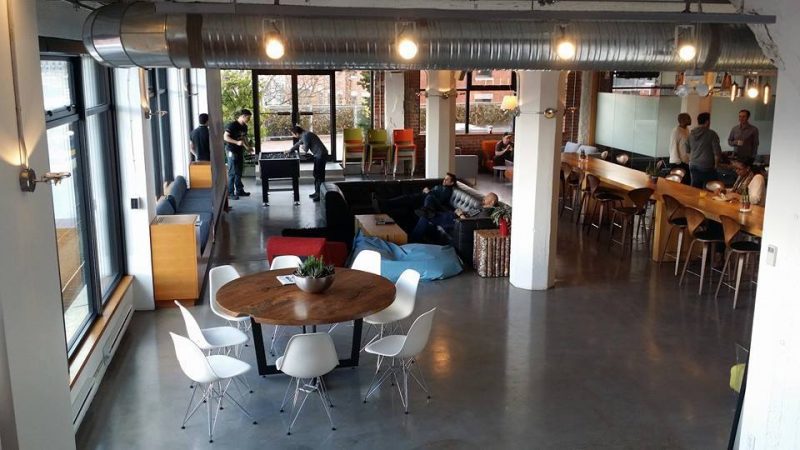 ILM’s new 30,000-square foot studio on Water Street was previously vacated by Pixar Canada and will be used to work on a number of prominent blockbusters such as Jurassic World, Tomorrowland, Warcraft and the Star Wars trilogy. One-third of the visual effects work for the upcoming Star Wars: Episode VII’s will be done in Gastown.

Words via The Vancouver Sun.

“Everybody here is going to be very, very involved in a lot of Star Wars content over the next seven years,” ILM president and general manager Lynwen Brennan said. On the weight of the Star Wars franchise, ILM has taken over Pixar’s 30,000 square foot Gastown studios and intends to staff it with 200 visual effects employees.

“The wonderful place we’re in right now, we have 10 years of work ahead,” Brennan said. There are not only three Star Wars plans in the works, but also spin-off movies.”

“We will be here at least eight to 10 years,” ILM chief creative officer John Knoll said  “We’re absolutely committed to being here. We’re planting very real, permanent roots here,” Brennan said and she feels “very confident” that Vancouver staff will enjoy “very long, stable” employment. “For ILM, it’s really about talent and we found it here and we want to hang on to these people.”

In Vancouver, the company is particularly keen to hire creature technical directors and layout artists. Creature technical directors “rig” or set up their fantastical characters with bones, muscles, skin and animation controls which animators then work with. Layout artists match the output of computer “cameras” with film cameras so computer generated material and filmed material work in concert.

Creative supervision for the Vancouver studio will come from San Francisco. Vancouver being on the same time zone means Vancouver and San Francisco employees can review the dailies, or previous day’s footage, together.

ILM will be looking for opportunities for two-way collaboration with Vancouver’s training programs and would like to set up apprentice programs in Vancouver, Brennan said. Gastown’s creative hub is continuing to expand and we are more than trilled to welcome Industrial Light & Magic to the neighbourhood. With the launch of the new studio, ILM is looking to grow its workforce from 133 employees to 200 by the summer – bringing more world class talent to the Gastown community.