All in a Day's Work at Miller Titerle – Gastown 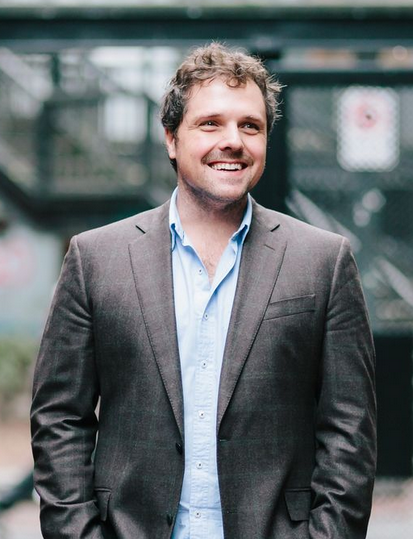 Specializing in corporate law, commercial transactions (including in the technology space) and Aboriginal/natural resource law, it’s definitely not the environment you’d expect for a corporate law firm on the receiving end of several high profile commendations this year, including Best Lawyers in Canada nods for both founders.

The space is warm, friendly and a regular hot spot for casual neighbourhood get-togethers. For Miller, it was about breaking free from the notion that being objective and analytical means you have to avoid personal connections.

“Firms build offices with ostentatious lobbies that are designed to be unwelcoming and to separate clients from the people who serve them,” he explains. “We didn’t want to operate like that – we wanted to be the type of place where clients feel comfortable stopping by for a beer because they like us.”

Miller already had an appreciation for the brick and timber aesthetics of Gastown’s heritage buildings when he started looking for office space back in 2010, but it was about more than what the office would look like that drew him to the neighbourhood.

“We viewed Gastown as a natural ecosystem for the types of people we wanted to work with,” Miler notes. “And when we needed spaces to meet with clients while we were getting settled, there were restaurateurs in the area, like Francis at Cork and Fin and Sonia and Chill Winston, who graciously opened their doors to us.”

In return, Rob & Jim made sure that they offices were just as welcoming. The team puts on monthly mixers throughout the year, encouraging clients, colleagues, friends and their Gastown neighbours to meet and mingle. “It’s a fun way to drag a bunch of people out of their office towers and show them what a great place our neighbourhood is.”

But it doesn’t stop there. MT+Co also hosts an annual Halloween party that has become one of the firm’s signature events. As the ‘least law-firm like event’ they could come up with, the all-night, open bar, crazy-costume-mandatory blowout is a testament to the culture that they’ve created.

“The ideas come from a bunch of really interesting individual personalities who believe in what we’re trying to pull off.”

It’s pretty clear that MT+Co is breaking new ground. Over the past five years, they’ve established a strong brand that definitely deviates from what most people expect from a law firm. Miller confirms that while they certainly cultivated their brand, there’s an element of ‘accidentally-on-purpose’ that’s taken it farther than they expected.

“The “on-purpose” part is that we’re careful to recruit smart, dynamic and fun-loving people who understand our culture and have no problem advocating for the type of place they want our firm to be,” he explains. “The “accidental” part is that when you throw a whole bunch of these types of people together, good things just happen.” Case in point, the team regularly post pics from the neighbourhood, their office and anywhere else they happen to be. Among these, a trend for taking their logo around the world emerged. It started when their office manager planned a Grouse Grind challenge. She took some great photos of everyone at the top of the mountain in their MT+Co shirts, and it took off from there.

“People in law firms tend to be a little type-A, so the one-upmanship has resulted in photos of MT+Co doing things like hanging out in Paris, camping in Haida Gwaii, waterskiing in the Okanagan, riding elephants in Thailand, getting married in the Czech Republic, and checking out the pyramids on the back of a camel,” notes Miller. “The only rule is the photos have to be genuine and can’t involve Photoshop.”

Some would say if your culture ain’t broke, don’t fix it, but MT+Co isn’t resting on their laurels.

Earlier this year, they closed the office and headed into the wilderness for a multi-day retreat at Cathedral Lake. It was a chance to engage in meaningful conversations about what they’ve done well, not as well and where they want to go in the next year. It was also an opportunity to remember how much they enjoy each others’ company, a key part of a culture that centers on work / life integration. “We’ve found that modern life is full of noise and distractions – phone calls, emails, texts, tweets, pokes, likes, comments and faxes – there aren’t a lot of face-to-face conversations on that list,” Miller states. “The only downside of that sort of healthy unplugging was that I missed the deadline for getting my football pool picks in…”

Maturing and Getting Some Traction

Today, MT+Co is twenty-six people strong, and moving forward with a great deal of confidence. Entrepreneurial worries from the early years have given way to growth that Miller deems as much about staying adaptable and nimble as it is about prognosticating on the future.

“We’re no longer the upstart in the legal industry,” he states. “We’re a serious and established firm with a great track record for doing sophisticated and high-profile legal work. We’re also a fun place to be.“

In words taken right from their web site – ‘Life is too short to spend it with people you don’t enjoy, especially when your offices don’t have doors.’

The firm has already hosted their last open house of the year, but that doesn’t mean the doors are closed until 2015. MT+Co has launched a campaign that encourages people to drop by and ‘sock’ a lawyer. No, not literally.

The open invitation to throw socks at the lawyer of your choice is part of a sock drive to collect new, warm socks – or mitts, hats & earmuffs – for those on the DTES. So, grab a pair (or a bag) and head on over. The drive ends on December 23rd. Read more about #SockItToEm here.