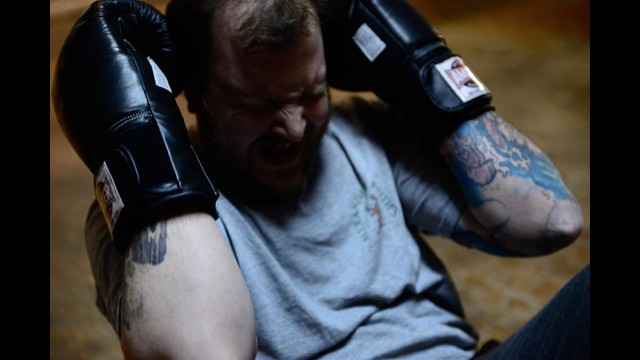 Boxing Moniker: I got called ‘fat old man’ today. Does that count?

Who is your favourite boxer?

Being named Tyson and growing up in the late 80’s I was constantly hearing “Ahh…(jab, jab) like Mike, eh!?” So I have to like him. But Bernard Hopkins would be the guy I respect. He’s going to be 50 in January!

What inspired you to sign up for the Restaurant Rumble?

I liked what they’re trying to do and I figured it was a good time to get in shape.

Why do you think this event is filled with mostly Gastown restaurant workers?

The fact that the guys & gals at Pourhouse started it made it an easy sell to the rest of us down here. I think a lot of the non-Gastown restaurants are linked through staff that worked here at some point and have exposed others to the event. Oh, and we’re cooler and tougher than everyone else.

Of all the great characters in Gastown, who would you most like to see fight one another?

What do you hope to gain from this experience?

The skills to beat up the guy on the beach who kicked sand in my face and stole my girlfriend oh so many years ago.

What do you think Las Vegas odds makers would say your chances are of winning your bout on July 23rd?

I’d say the money would be on my opponent. The 41 year-old rarely get the good odds.

Tyler will be gloving up for the third annual Aprons for Gloves event on July 23rd at the SFU Woodward building. Each boxer must raise $2k to compete and all money raised goes to support boxing programs for at-risk women and youth. Support Tyler with a donation here.

Aprons for Gloves is a non-profit organization focused on community outreach through the sport of boxing. It offers free mentorship and training to individuals who may otherwise not have the resources to participate. Boxing teaches discipline, respect and self-control, delivering positive self-esteem and camaraderie for its practitioners.