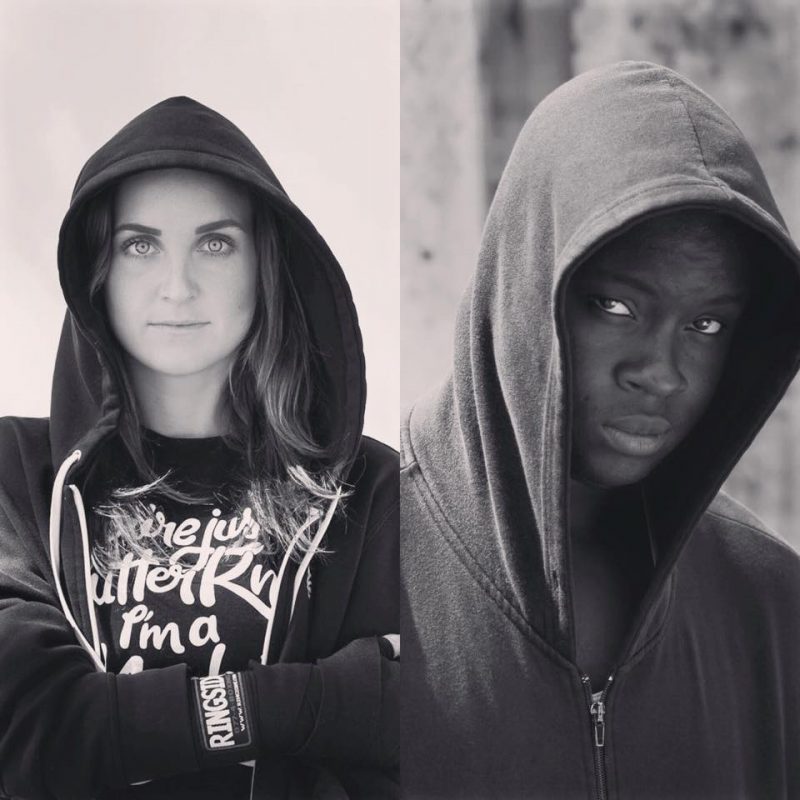 Founded in 2012, the Aprons for Gloves Boxing Association is a non-profit organization focused on providing community outreach through the sport of boxing. Based in Gastown, the organization was developed by a small group of professionals and entrepreneurs who seized an opportunity to re-establish a historic boxing program for at-risk women and youth.

The program offers free mentorship and training to individuals who may otherwise not have the resources or support to participate in such activities. The sport of boxing teaches discipline, respect, hard work and self-control. Training results in positive self-esteem, good health and camaraderie for its practitioners.

On Wednesday July 29th, 2015 at the SFU Fei + Milton Wong Theatre on the edge of Gastown, bartenders, baristas, chefs and dishwashers will all be taking off their aprons and putting on their gloves to fight each other in the Restaurant Rumble. It’s the annual charity event that supports the programs and an opportunity for Gastown’s contenders to show spectators what they’re made of.

Chris Dzaka from Alexander Gastown was one of the first fighters at the inaugural event in 2012. His loss lit a fire that saw him return in 2013 to take on Simon Kaulback and claim the championship. It’s an inspiring event that shines a light on both the physical demands of the sport and the comradery in the gym.

“You learn a lot about a person while training side by side, sweating and cursing, and bleeding together. As a group, we push each other to work as hard as we can in the gym. I have had success and failure inside and outside the ring. What I have learned most about AFG is whom you choose to surround yourself with in this life is everything. That way, whether you are falling or rising you have people who are there for you.”

Dzaka took 2014 off to cheer on fellow contenders, but he’s back this year to defend his title against Brassneck’s, Ian Kampman.

“The last time I competed in the Restaurant Rumble, my community rallied behind me. I received a ton of unconditional love and words of wisdom. This year I choose to defend my Championship tittle because I believe sending the message to the world that being the ultimate version of yourself is the only way to live your life.”

Alexander Gastown has a second fighter on the Title Card, Melissa Schneiderova. The Super Bantamweight will be going up against Tora Hylands from killdoubt and couldn’t be more proud to be part of the Restaurant Rumble.

“The outpouring of love and commitment that all the owners, trainers and contenders have put into our neighbourhood is something that I stand behind – to be something bigger than ourselves. With mentorship programs like these, we can prove that sport is a positive influence on our society and help involve individuals who would not otherwise have an opportunity.”

Over at The Portside Pub, Max Cunningham is prepping for his title fight. It’s a return to the ring after competing last year and his team is solidly behind him. The pub will be live streaming the event on fight night, so it’s sure to be one of the best spots to catch the action. While the event tickets are sold out, there’s still an opportunity to see the fights and even make a donation to the cause. Gastown pubs are hosting ticketing viewing parties and you can get your screen-side seat for just $10. Events are happening at The Blarney Stone, The Lamplighter Public House, The Portside Pub and The Charles Bar. We’re expecting big crowds, so if you’re planning to go, buy your tickets here.

Chris, Melissa and Max will be fighting alongside eight other Gastown contenders. Each fighter must raise a minimum of $2000 for the cause by July 24th, so there’s still time to give. You can check out their individual fundraising pages through the links below.

On the Title Card…

And on the Undercard…

For more on the Aprons for Gloves Boxing Association, visit their web site here.

You can also check out our previous posts for more from Anna Farrant and the 2015 AFG contenders.
>>  Why Fight? This Year’s Aprons for Gloves Contenders Speak Out
>>  Gastown Puts the Gloves Back on for a Good Cause