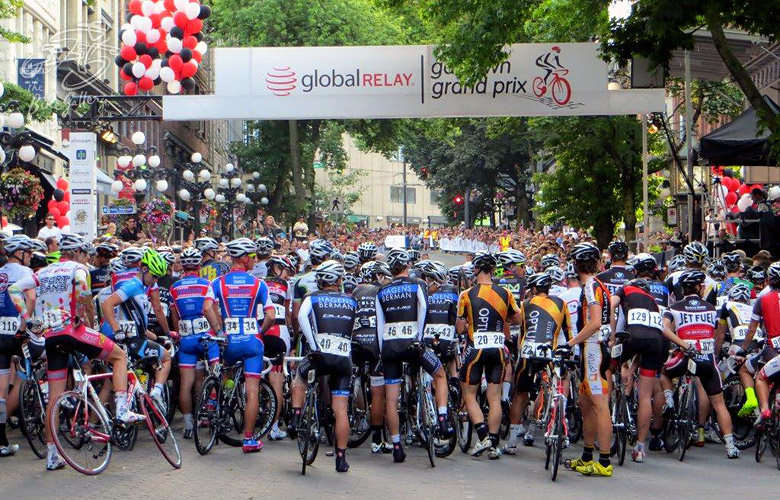 The Gastown Grand Prix returns on Wednesday July 9th at 5:45pm! For one day, the charming cobblestone streets of Gastown are transformed into one of the fastest, most loved and most challenging cycling racecourses in North America. This event is free for spectators and is guaranteed to be a fun afternoon and evening out!

Come down to Tantra Fitness on Sunday July 13th between 12pm-5pm for the grand opening of their Gastown studio. There will be FREE 30-minute teaser classes back-to-back showcasing beginner pole classes, aerial classes, and some of their most popular dance fitness classes. No reservations needed, first-come-first-serve, and equipment may be shared amongst several participants.

Tantra Fitness will also have pole fitness demos, refreshments, a draw for free classes, and special offers. Bring your friends and family! It’ll be a fun day!

Time for a new tattoo? Great Tradition Tattoo is celebrating their grand opening with special one-off Japanese and traditional flash tattoos for $100 and $200. Each design is used one time only and first come, first serve! Email stuartteekasingh@gmail.com for more information and follow @stueysingh on Instagram for updates on new flash tattoo designs. It’s Orling & Wu’s anniversary! The unique home décor shop will celebrate their fourth birthday in style now until Thursday July 8th. Pop by Orling & Wu at 28 Water Street for one of a kind decor and special anniversary treats.

Grab your pals and come on down for a night of Whisky, meat and cheese as we explore the whisky classics on Thursday, July 10th at 7pm. This is a great chance for any woman who always wanted to learn more about whisk(e)y, and to do so in a fun and comfortable environment. This night includes 2 flights of whisk(e)y matched to 2 plates with a bunch of free and easy going chat/information.

Take a Sip of the Radler at The Irish Heather

Hop down to the Irish Heather to try The Radler, a refreshing beer cocktail. The Radler is very popular during the Summer, due to its reputation of being a thirst-quencher. The beer-based mixed drink has a long history in German-speaking regions and was once the chosen drink for cyclists because of its nutrient content, low alchohol level and refreshing flavours. The Radler will be on special at the Irish Heather for $8 (regular $12) for the Gastown Grand Prix race day, Wednesday July 9th.

Best Places in Gastown to Watch the World Cup Finals

Image courtesy of The Blarney Stone

Gather your friends and cheer on your favourite team! The 2014 FIFA World Cup finals are happening this weekend from July 12th-13th! There are many hot spots in Gastown to catch all the action. Check here for list of the best places to watch the World Cup.

This Friday July 11th, Shine Nightclub welcomes Josh Wink. Philadelphia born and based Josh Wink is one of the true pioneers of techno, house and allied styles. As a DJ, since his 1988 ‘rave’ beginnings, Josh Wink extensively traveled the globe since 1995 – playing every festival that counts, through to the smallest and underground venues around the globe. Taking trends, making trends and breaking trends, Josh Wink’s music has always experimented and influenced.

Emerging Canadian R&B/hip-hop star JRDN will be live at Shine Nightclub this Wednesday, July 9th. Jordan Croucher (JRDN) has toured across Canada with the likes of Maestro and opened for such international stars as Ne-Yo, Snoop Dogg, Rihanna, and Nas. With Croucher’s undeniable talents as a singer and lyricist, his good looks and solid citizenry, it should be no surprise that he’s now poised to take the next step up the music ladder using the name JRDN. He’s been working with Toronto’s Grammy Award-nominated Kuya Productions songwriting and production team, who’ve worked with some of the biggest names in the business, including Nelly, Mase, and Ginuwine.

Pandora & The Locksmiths at Guilt & Company

Nike Bike & The Stunt Man at The Portside Pub