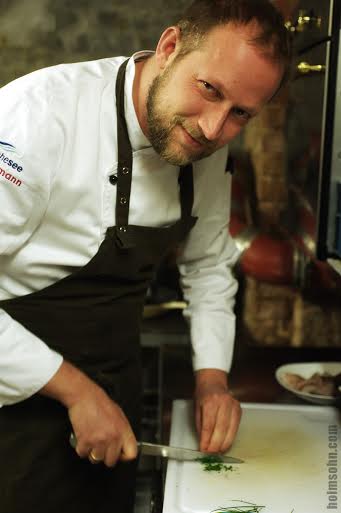 After much anticipation, Bauhaus Restaurant has officially opened its doors welcoming Vancouver’s first Michelin Star Chef, Stefan Hartmann. The inspiration for the menu at Bauhaus will be contemporary German cuisine, taking a fresh approach to many traditional dishes.

A good drink with a good friend is time and money well spent. Whisky Wisemen is hosting their 29th ‘Third Thursday’ social whisky event at Shebeen on Thursday May 21st.

Third Thursdays are a fun way to catch up with old friends – and meet new ones. As usual, there will be no cover charge and the first 50 attendees will receive a free ounce of whisky courtesy of Glenmorangie. After that, 10$ of your total spend for the evening will go towards Power To Be Adventure Therapy Society, as will $1 from every signature Wiseman cocktail sold. Join them in raising a glass for a good cause.

Gather friends in hoisting a pint at The Irish Heather as they kick off Cask Nights this Thursday May 21st. Running every second Thursday through Sunday, The Irish Heather will feature a new cask produced by a leading beer producer with sleeves priced at $6 (16oz). Any beer left over will be served on “finish our cask Sunday,” where cask beer will be priced at $5 per sleeve until it runs out.

For this week’s Cask Night, the Irish Heather will be featuring Phillips Brewing Co.’s Wheat King Hefeweizen, a crisp yet hazy wheat beer. Its quaffability makes it easy to plough through and cultivate good taste, finished with fresh currants and garnished with a lemon.

Reserve your spot by emailing reso [at] irishheather.com.

PINTS FOR A CAUSE

If you’re heading out for a pint, drop by Lamplighter this month to put your pint towards a good cause. For every Tuesday of this month, Lamplighter is selecting a brewery and putting all proceeds from select beer sales towards the Greater Food Bank Society, The Salvation Army in Canada, and the Downtown Eastside Women’s Centre. Un Quiet Bodies delves into the complexities of trauma featuring works by Aja Rose Bond & Chandra Melting Tallow. Bond’s work emphasizes the relationship between work, leisure and self-care when accounting for physical and mental limitations. Melting Tallow explores the implications of ability through the lens of colonial and intergenerational trauma. The exhibition runs now until May 25th at Gallery Gachet. Notturno is accepting reservations for their upcoming Napa/Sonoma wine dinner event happening on Monday May 25th. This special event is a part of their monthly wine dinner series that celebrates the world’s most enticing countries and regions trough an exclusive culinary journey with expert paired wines. With only 10 seats available for this dinner, tickets will sell out fast, so be sure to call 604-720-3145 to reserve your spot. Blacktail Restaurant is serving up new offerings across the board. The new menu created by Chef Geoff Rogers offers haute comfort cuisine made with the best ingredients that B.C. has the offer. Guests can choose from savoury dishes like Yarrow Meadows Duck Breast and Bison Tartare, and refresh their palette with Blacktail’s new summer concoctions. Check here to preview their new lunch, dinner and drink menu.

Notturno has also unveiled a new food and drink menu, which includes the introduction of The Long Board – a daily assortment of terrines, pates, seafood and other delicious treats, as well as an homage to spring – Risotto Milanese with onion cream and ramp butter.

The Mayhemingways are an alt-country, bluegrass, and Cajun music duo from the musical hotbed of Peterborough, Ontario. Catch them live at Guilt & Company on Tuesday May 20th.

The Mayhemingways at Guilt & Company