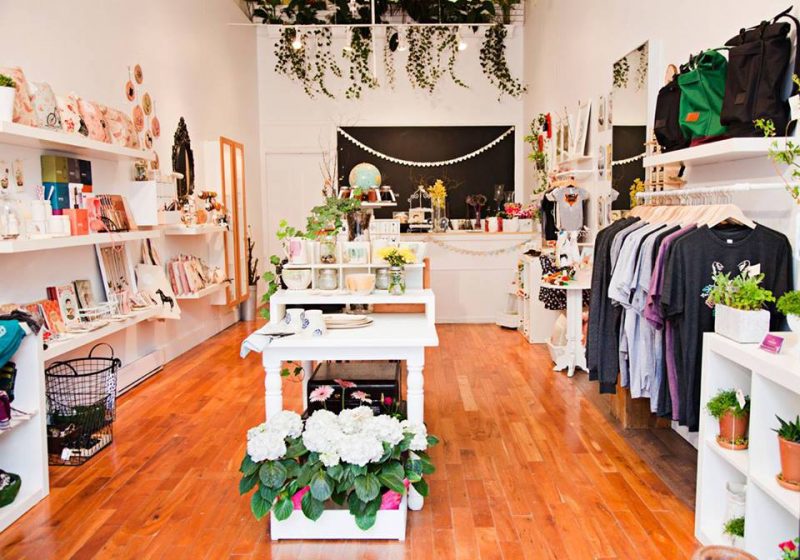 Ditch your DIY board on Pinterest and join Meadow Gifts & Apparel as they partner with the lovely gals from Bauble Babes to host a June workshop series.

Guest can learn to make hanging ceramic planter at their upcoming workshop this Thursday June 11th, and on Thursday June 18th, Meadow is offering a beginner’s calligraphy class. These evenings will be full of delicious refreshments and fun, so grab your mum, partner or friend and come learn a new skill in an enjoyable environment. Her abstract work, strongly influenced by architecture’s light, form and colour, as well as the surf and skateboard culture, offers the observer a wonderful puzzle of colours and geometric shapes with a depth reminiscent of three-dimensional art. Come by espace d to check out her work. Inform is welcoming a special guest to their showroom on Thursday, June 18th from 5 to 7pm. Acclaimed designer and architect Mario Bellini will be joining them to talk about his strong relationship with Cassina and the international architectural projects which have made him one of the most influential architects of our times.

BRING ON THE PATIOS

It looks like the heat is upon us – and what better than to soak it all in than grabbing a nosh by the patio. Gastown restaurants are opening their patios, so if you’re heading out to lunch check out the following Gastown restaurants:

To kick off the summer season, Notturno has launched their June food and cocktail menus. Cool off with The Vlasic, a refreshing mix with hints of toasted dill, tarragon bitters and cucumber. For a throwback, the classic Painkiller, a tropical drink concocted in the 70’s in the British Virgin Islands, fuses dark rum, pineapple, and coconut cream.

Pair it all with The Long Board, an assortment of terrines, pates, and delicious accoutrements.  Local offerings like B.C. octopus, veal pipette and vitello tonnato round out the menu. Also, Notturno’s wine dinner series returns this month, and the event date will be announced soon. The Gastown Cabaret will hit the stage at Guilt & Company this Tuesday June 9th. Homage to the cabaret style popularized during the 1920s, this production invites the relaxation of censorship. Prepare to be captivated by their rotating cast of belly dancers, drag performers, chorus girls, comedians, thrilling live stunts, contortionists, singers, musicians, and burlesque performers.