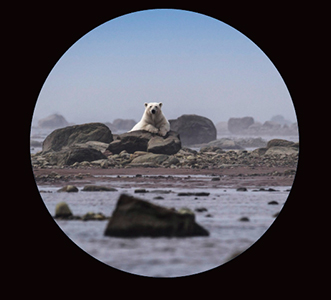 On Sunday, November 29th, Revolver’s Archive will be hosting Canadian Photojournalist of the Year (2012, 2013, and 2014), John Lehmann as he teaches a Photography Masterclass.

The focus of the class however is not just how to take pretty pictures. Lehmann will show you how to create and maintain a productive workflow, from self-assigning straight through to the final edit, and everything involved in-between.

This is the second time Lehmann will be teaching a class, so it’s a very unique and rare opportunity to gain some valuable perspectives from a renown photojournalist.

For more information click here and to actually buy tickets click here. It’s a full day course, but it does include coffee and lunch. Abbas Akhavan has a gallery opening at Artspeak this Friday November 20th at 8 p.m. which will run until January 16th.

And that’s all I really know for sure because when I tried to get some more information about the gallery, I found this. Seriously, read it. I’ll wait.

Trippy right? If that doesn’t make you want to go check out this gallery, nothing will.

I can confirm that Abbas Akhavan is indeed an artist, and seems to do a lot of work featuring plant life, so one can safely assume that the gallery will focus on that. Either way, you can’t say that you’re not at least a little bit intrigued. Explore the Arctic Through Art.

Pudlalik is one of the premier carvers in the north. His sculptures showcase not only the heritage and craftsmenship of his upbringing, but the diversity of the Arctic’s wildlife and its relationship to traditional Inuit legends.

You can check out Pudlalik incredible sculptures from now until November 27th. Bundle up at EGO CLOSET.

Hey do you guys remember when there was that bright thing in the sky? Remember it was round and bright and made things warm? Whatever happened to that thing?

This week, EGO CLOSET bringing in multiple new styles from Andersson Bell, Lookast and Among

You might have seen Andersson Bell featured in a few current fashion magazines. They’re a Skandavain-influenced, Unisex brand, so they don’t tailor their clothes to a gender.

Lookast is a Korean brand, that offers boxie, more street styled clothing. They manufacture their clothes in Korean as well. While Korean-based, Lookast’s Creative Director is an FIT 2010 graduate.

Among is a capsule line within Rocket x Lunch, a company known for their showcases at Seoul Fashion Week.

All are some pretty unique and stylish duds, but more importantly they’ll keep you warm until that mysterious ball of sky-fire decides to come back. Pay What You Can for Adrienne and The Flights.

Adrienne and the Flights are an upcoming, Vancouver-based band, and tonight you can fork over whatever scratch is lining your pocket to see them @ Guilt & Co.

The band describes themselves as “fusion indie, R&B, jazz and soul”.

So imagine, in your ear-mind, a Jefferson Airplane tempo with The Eagles guitar solos poured over it and topped with Aretha Franklin vocals. They’re the kind of band you want playing as you drive off into a sunset.

The Revellers @ The Revel Room

The Sheets @ The Blarney Stone

The Do-Rites @ The Revel Room