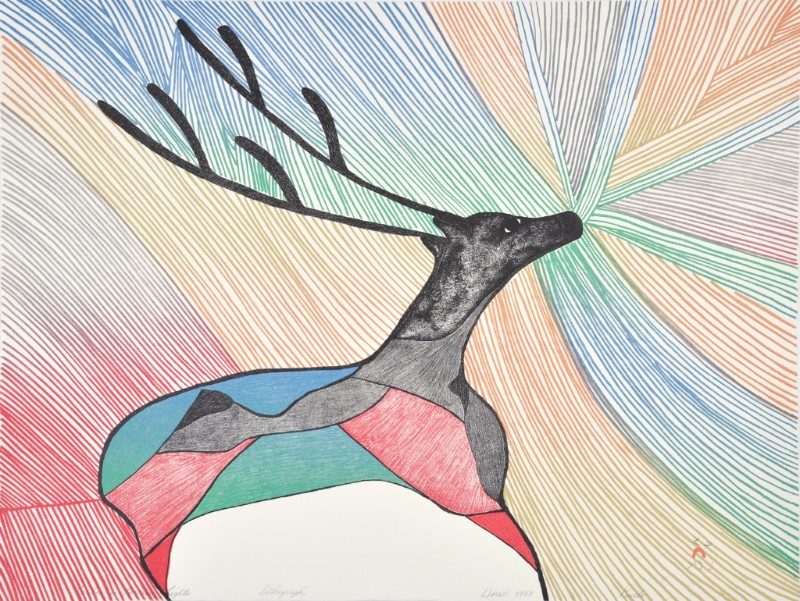 To commemorate the centenary of Pudlo Pudlat’s birth, Dorset Fine Arts is releasing from its archives two never before seen limited edition lithographs, “Formidable Muskox” and “Caribou in Northern Lights”. Printed at the Cape Dorset studios in 1985 and 1987 respectively, these two dynamic prints are superb examples of Pudlo’s work created during the apogee of his career. Speaking with the history and materiality of painting, they explore what transgender embodiments do to the sexual archaeology of signification. Tennant was a founding member of the Vancouver project space TopDown BottomUp, active from 2011–13. They hold a BA in art history and an MFA in visual art from The University of British Columbia. Tennant lives and works in Vancouver. Clough Club, The Lamplighter, L’abbatoir, The Diamond, Nicli Antica Pizzeria and Secret Location will be participating in Negroni Week happening June 6 to 12. Negroni Week is a global charity event where each participating restaurant pledges to donate $1 from every Negroni sold to a charity of their choice. Elephant Man touches down in Vancouver this Wednesday June 8th at Alexander Gastown for his first show here in over 5 years! Join Tina Tank Gyal, Deejay Hoppa, Mr fantastik Kaboom Empire circus and resident dj as they warm things up for the Energy God inside WAY UP!. — with Faction Sound Crew, Nana Fynn, Deejay Hoppa, Tina Tank Gyal and Dipt.

Admission is by donation | This event will be ASL interpreted

Join us for an afternoon of art and discussion with Debora Alanna and June Conley, two incredibly talented women who live with a disability. This discussion will be moderated by Yuri Arajs, Artistic Director at Kickstart Disability Arts & Culture.

FOR A FULL LISTING OF GASTOWN EVENTS

CHECK OUT OUR CALENDAR HERE.