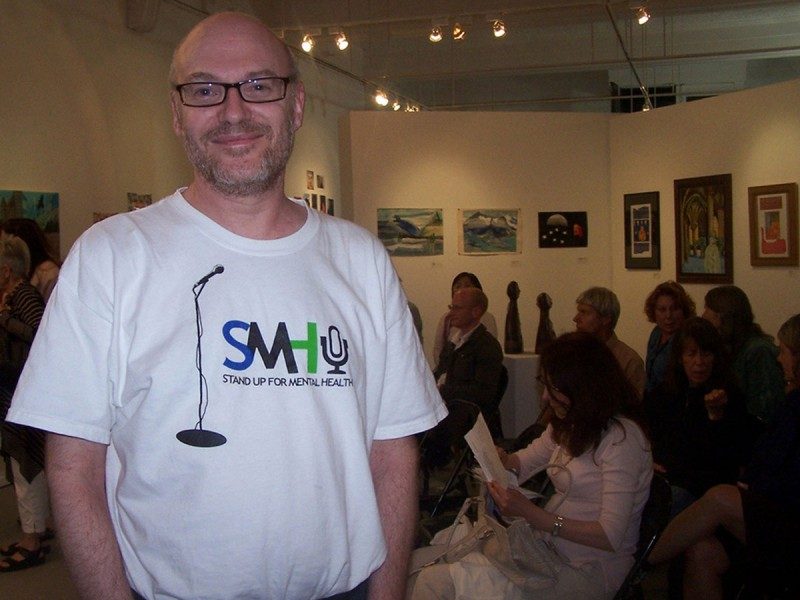 Founded by David Granirer, a counselor and stand-up comic, and author of The Happy Neurotic: How Fear and Angst Can Lead To Happiness and Success, Stand Up For Mental Health teaches stand up comedy to people with mental illness. Come laugh your head off at a show that looks at the lighter side of taking meds, seeing counselors, getting diagnosed and surviving the mental health system. Featured in the Voice Award winning documentary Cracking Up, Stand Up For Mental Health aims to reduce public stigma around mental illness and spread a message of hope and empowerment. For more information http://www.standupformentalhealth.com

People with mental illness are always being told what they can’t do. In this show, they get to prove what they CAN do!
Cost $5 (Low Income, Disability, Senior, Mental Health Consumer)
$10 (General Admission) Join us for history and hauntings in Vancouver’s oldest neighbourhood. On this 90 minute walking tour you will hear all about the early history of Vancouver as well as the area’s many ghost stories!

The Black Lives Matter Vancouver Coalition is doing amazing and radical work in response to racialized violence. Join us to affirm and celebrate Black culture here in Vancouver through a rocking, dance-focused party, immediately following the Waiting for B film screening. DJ Denise will keep the Beyoncé tunes coming, and the night will include hip hop performances by talented local dancers and a quick Afrobeats dance lesson for the crowd. Dr Watson Born in Canada but raised in the U.K., producer / multi-instrumentalist Dr. Watson has spent much of his life playing Reggae music in Canada’s vibrant West Indian community. Watson’s resume boasts a brief stint playing bass with Jamaican legend Alton Ellis as well as having worked as the band leader for venerable Jamaican artists like Ken Boothe, Leroy “Heptones” Sibbles and Half Pint. Watson’s live show is an energetic journey through many of the styles and eras of Jamaican music, with plenty of personality and a few surprises ! Based in Los Angeles, Drezo is no outsider to the underground sound that is currently sweeping across the restless west coast city. Through his compositions and remixes, the 23 year old aims to represent the darker and more imaginative side of house music.Using influences from the LA scene has shaped this young artist’s music into a surge of haunting originality that is instantly recognizable.Currently being championed by some of the main tastemakers in the game, as well as Dillon Francis, has solidified Drezo’s placement among the world’s top tier producers.