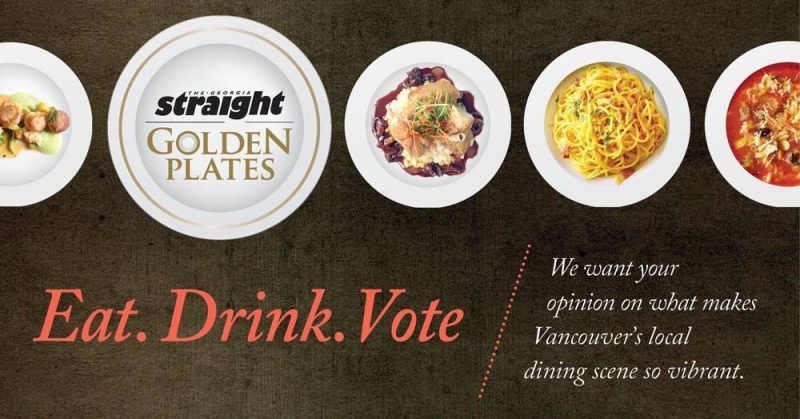 Is Gastown the best neighbourhood for restaurants? We hope you’ll help us keep the streak alive. Voting is now open for the Georgia Straight Golden Plate Awards. Noah & Amy at Nouvelle Nouvelle are hosting a launch party this Wednesday for Wasted Effort Jewelry. Pop by on Wednesday, January 27th from 7-10pm for some Pabst Blue Ribbon and futuristic jewels. Designs are simple, straightforward, minimalist and hand made in East Van by a mathematician. The new collection, called Positive Space, mixes silver and brass with plexiglass and other non-traditional materials, to create unique pieces.

This Saturday marks the one-year anniversary for everyone’s favourite burrito bar, Tacofino, and they’re celebrating. Stop by between 11am and midnight for half-price fish tacos, with all proceeds going to the Potluck Café Society, an outreach program that provides healthy food options and creates jobs for people with employment barriers. Tell your friends about it using the hashtag #tacoversary on Instagram & Twitter, and they’ll donate another dollar. Just when you thought he’d disappeared from the Gastown (or at least the IG feed), the Dallah announced a pop-up taco shop that may shine an even bigger spotlight. On January 30, he’ll transform The Birds & The Beets into a Lebanese cantina for one night only. This isn’t the first time, Dallah has hosted an evening of food, and likely won’t be the last. He learned his way around a kitchen from mom and posts some great culinary pics on his own Instagram account. All the profits from food sales at Dallah’s ‘Cantina Beirut’ will go to services that help refugees settle in Canada. Chinese New Year is almost here and dutil. has a very special pair of jeans for those who want to ring it in, in red. The Naked & Famous ‘fire monkey’ has arrived in stock and might be the perfect pair to sport next week. Stop by and give them a try.