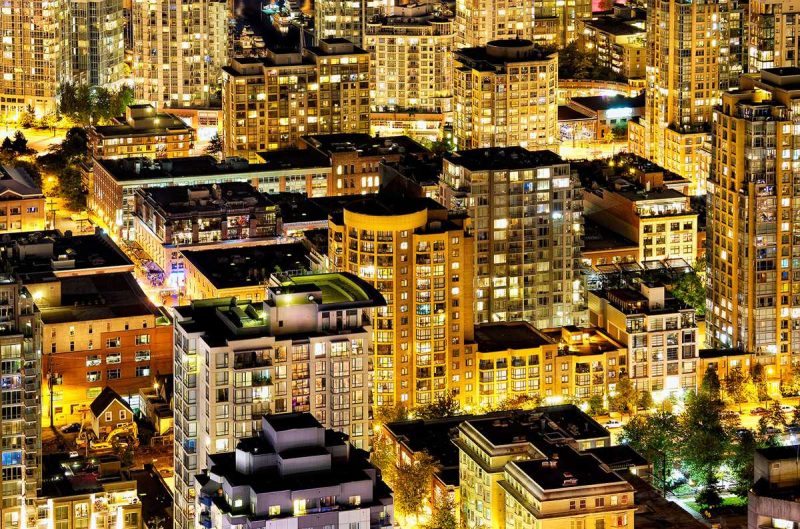 Amyn Nasser’s Voyeur Nocturne collection is the result of a ten-month project exploring Vancouver’s high-rise jungle from unknown perspectives.  His concept of exploring the essence of Vancouver at night through colour, contour and light has produced a series of exceptional architectural photographs.

Though shot from agar, the city’s silhouette is bathed in a harmonious light and emits a welcoming warmth, inviting us to linger the way a lit window does a silent observer.

This event is free but space is limited.  Please RSVP to vancouver@lumas.com. On Thursday June 22nd from 5 to 7pm, Inform will host John and Patricia Patkau and their team to the Gastown showroom to discuss their new publication Patkau Architects: Material Operations. If you would like to attend the event, please RSVP by filling out this form.

Vancouver-based Patkau Architects is known for creating innovative, sculptural buildings that convey artistic expression through the purposeful use of materials. Patkau Architects: Material Operations reveals the architectural philosophy and techniques that drive the firm’s extraordinary constructions. These smaller-scale, research-driven projects complement their major building commissions, including the Polygon Gallery in North Vancouver, the Audain Art Museum in Whistler, and the Capilano Library in Edmonton. The Heels are an award-winning female Country music trio based in Vancouver BC comprised of three incredibly talented and unique ladies; Bobbi Smith, Brittni Dominelli and Kyla Rawlins. In two short years, they have performed over 50 live shows and have been awarded Top 3 in The 2016 Breakthrough Country Music Project in Canada and received a 2016 BCCMA Horizon Award! Angela has quickly become recognized as a dynamic and talented traditional pop and jazz vocalist in Vancouver’s vibrant music scene. She is primarily influenced by the jazz, musicals, and popular music of the 1930’s to 1950’s. Angela’s heartfelt interpretations of popular standards, forgotten gems, and jazz arrangements from other genres have captured the attention of leading New York musicians, and she will be recording her debut album there in summer 2017. Louie Quinn is comprised of established Vancouver jazz and blues musicians Doug Louie on piano, Dave Quinn on clarinet/saxophone, Sam Shoichet on bass and Amos Resnick on drums. The quartet is influenced by funk and roots-driven jazz and blues from the 60’s to the 80’s.