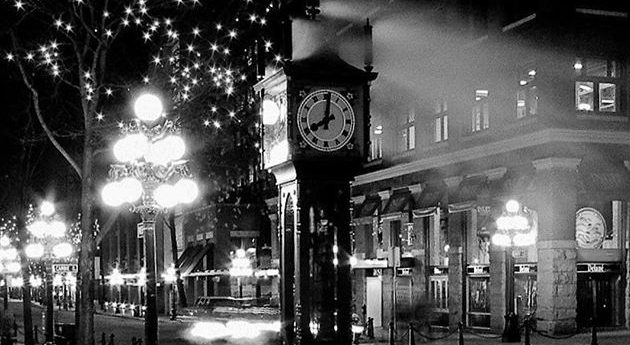 As Gallery Gachet prepares to move two blocks west, the art collective will be taking one last moment at 88 East Cordova Street, to gather and share memories with neighbours, artists and friends.

Everyone is invited to reminisce about times past and help dream about Gallery Gachet’s new home.

The gallery’s new partners, WePress, will be in attendance to facilitate art making. Of course, there will be food and music! On October 26th from 5 to 7pm, join the launch of the latest in the SALA Modern House Series, Copp House by Adele Weder with photography by Michael Perlmutter.

In 1950, a young Vancouver architectural apprentice was handed a small house project that his boss was too busy to take on. The apprentice, Ron Thom, took the simple plan and rectangular foundation that had been roughed in, and transformed it into a groundbreaking work of architecture that gained national fame. Inspired by Frank Lloyd Wright and Richard Neutra, but using local wood and paying careful attention to its verdant oceanside setting, Thom created a landmark for the new architectural movement known as West Coast Modernism. The Copp House is the story of a cultural landmark on the shores of Vancouver.

Please fill out this form to RSVP for this event. It’s Wednesday! Time to get your swing on, so strap on your dancing shoes and join us at Guilt & Company for a night of jazzy goodness!

Vancouver-based upright bassist Jen Hodge leads a rotating cast of local and visiting musicians through a night of high energy traditional jazz music every Wednesday. This week you’re in for a real special treat as we welcome Greg Ruby and the Rhythm Runners to the Guilty stage on the only Canadian date of their Syncopated Classic album release tour. The band features a who’s who of contemporary traditional jazz musicians from all over the continent.

The seas are angry and the pub is lit this October 27th for Portside’s Dead Sea Halloween Party! Tickets sell out every year for this epic party so do not hesitate.

ITs Blarney Halloween
@The Blarney Stone

Blarney’s famous Halloween Party is back with a twist, ITs Blarney Halloween! Grated presents Trick or Trvp 17′
This Halloween, for Grated’s 1 year anniversary, MIA brings in local friends for a night filled with good vibes.