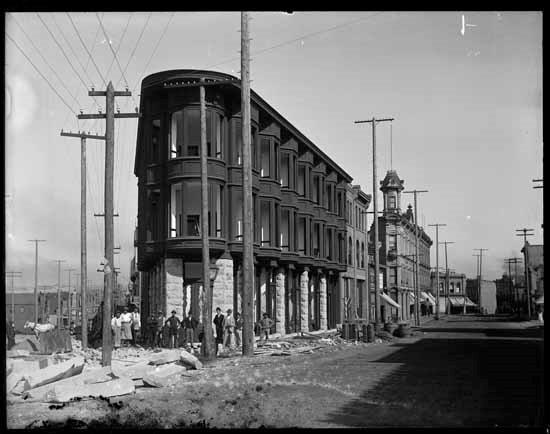 It is built on a triangular lot at the junction of Water and Cordova streets. This unusual lot shape was created when the subdivisions adjacent to the original 1870 Granville Townsite were created. Until the north side of Water Street was filled in at the turn of the nineteenth century, the Holland block would have faced the waterfront across the street. The wedge-shaped lot allows street-level retail stores access to two street frontages, both Water and Cordova Street. For more on Gastown’s past, check out our previous building history posts on the Brynes Block, Stark’s Glasglow House and Boulder Hotel.