Before Bauhaus, There was The Boulder Hotel – Gastown 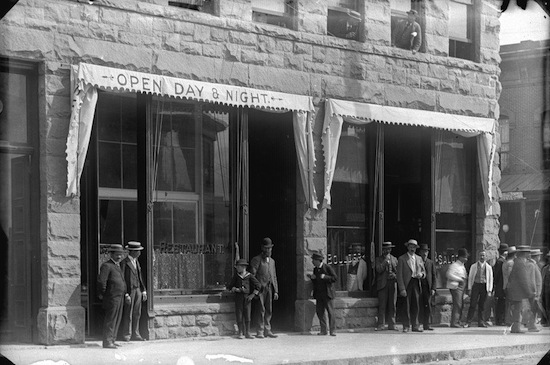 The Boulder was built in 1890 by Arthur G. Ferguson as one of Gastown’s earlier hotels. The architect, Robert MacKay Fripp, was a proponent of the Arts & Crafts Movement, a movement in architecture and decorative arts from about 1870 to 1920 that championed individual craftsmen, simplicity of design and the qualities of materials.  The Boulder reflects the Arts & Crafts philosophy of the use of natural materials in a simple manner. The Boulder was one of the earliest buildings in Vancouver to have plain rectangular windows set into an unornamented masonry wall.  The exterior of the building is sandstone quarried from Pender Island. A G Ferguson, a Civil Engineer, was a tunneller involved in the construction of the Canadian Pacific Railway.  He was in charge of the Cherry Creek Tunnel work about 13 miles west of Kamloops in 1884. Like many other early developers in the city, A G Ferguson adopted a civic role as well as a business one. He was Chair of the first Parks Board and took such an interest in Stanley Park that when the annual sum appropriated by the Council for its upkeep was exhausted, he paid the bills himself.

The 125-year old building has undergone major renovations to incorporate the modern design concept of Bauhaus Restaurant – however much of its historic structure, including the original 1890s brick & marble, was kept in the design.

For more history on Gastown’s heritage buidlings, our recent post will take you all the way back to the 1800s.