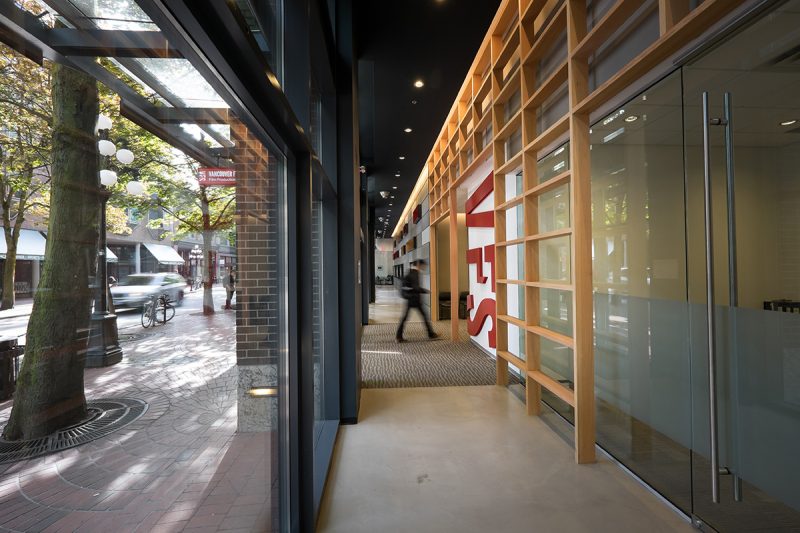 SIGGRAPH is the premier international event for those in the computer graphics and animation industries. Now in its 41st year, it’s returning to Vancouver for a week of panels, awards, networking events and a huge exhibition floor in the Vancouver Convention Center. Having drawn over 16,000 attendees in to Vancouver 2011, SIGGRAPH brings with it an opportunity for VFS students to gain exposure to a wider section of the industry, and for a wider section of the industry to gain exposure to them.

We checked in with Vanessa Jacobsen, Interim Head of Animation & Visual Effects at VFS, to find out more.

What opportunities does SIGGRAPH coming to Vancouver create for VFS students?

We’re very excited to be hosting Lino DiSalvo (the Creative Director at Paramount, and a proud VFS grad) who was the Head of Animation on Disney’s Frozen. He’ll be giving a presentation, followed by a Q&A session, to VFS students.

How does participation in the conference raise the profile of VFS in the global industry?

SIGGRAPH brings the best studios, companies and people of the VFX and Animation world together.  The return of SIGGRAPH is about the recognition that Vancouver is a main stage for the Industry, not just this week, but all year round. And VFS has played a major role, over the last 27 years, in developing Vancouver’s reputation as a hub.

Do you expect the conference to bring past VFS students back to Vancouver?

Absolutely. Many graduates will be coming back to Vancouver for SIGGRAPH. And many alumni who are still working in Vancouver will take a break from their busy schedules to reconnect as well. As we did in 2011, we are throwing a party for our alumni. This year we’ve opened it up to include other members of the industry as well. We have fantastic relationships throughout the industry, and it makes sense to bring all of those people together. In addition to participation by recent grads and faculty in some of the conference panel discussions, VFS will be hosting several ‘Fresh Meet’ evenings for students and alumni. Created by the Animation & Visual Effects department, Fresh Meet provides an opportunity for industry professionals to come and see a showcase of student work at the new Gastown campus. With 115,000 square feet, three 72-seat theatres and an enormous 280° green screen (the largest student green screen studio in North America), visitors are sure to be impressed.

The return of SIGGRAPH to Vancouver comes during a year that has seen tremendous growth in the local industry. Earlier this year, Industrial Light & Magic opened their Vancouver office, located on Water Street in Gastown. The ILM team is expected to be on the floor at the conference with a showcase of recent work, including the new Teenage Mutant Ninja Turtles movie.