Who will get the crowd shaking at this year's Gastown BBQ Fest? – Gastown 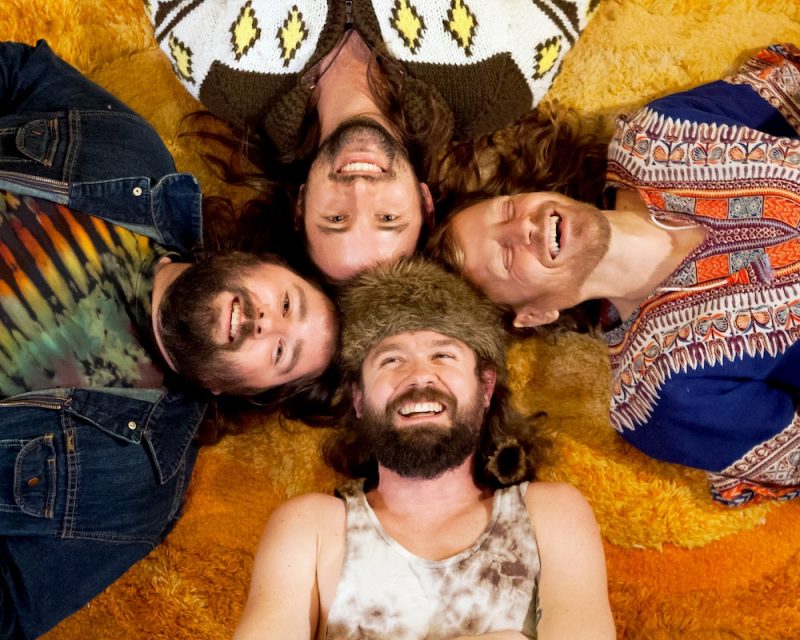 The festival’s headlining band, Bend Sinister, is a force to be reckoned with. The up-and-coming band has performed at high profiles events including opening slots for Awolnation and Valient Thorr in U.S., and headlining shows throughout Canada from Victoria to Halifax. In their North American tour schedule, they’ve graced the stages at New York’s CMJ, SXSW, Canada Music Week, and Breakout West.

This year, Bend Sinister climbed music charts after the release of their American debut album, Small Fame. Their debut was a hit enjoying air time in the CBC Radio 3 Chart (#8), Canada’s Earshot (#18) and CMJ (#115) and garnered the band nominations for a Sirius XM “Best Emerging Artist” award and a Western Canadian Music Award for “Best Rock Recording”.

Bend Sinister performs ‘She Won’t Give it Up‘’, a song from their debut album, Small Frame | Video courtesy of Bend Sinister

Prepare to sing, dance, clap, and sweat at the Deep End show – cause it will be a full on funk immersion! This seven-piece group is sure to get festival visitors on their feet with feel-good tunes by artists like Stevie Wonder, Aretha Franklin, and Sly and The Family Stone.

The Deep End formed in the summer of 2002 out of a common love for soul and funk music. Since then, the group quickly established a reputation for attracting large audiences – and most importantly – getting people out of their seats and onto the dance floor. The band offers a range of sounds from solo piano or guitar to jazz trio, quartet or quintet. The musical joy and energy of this band is undeniable. Look out for their funk-loving sounds to hit the festival’s stage on Saturday (Aug 30) at 1pm, 2:30pm, 5:30pm; and Sunday (Aug 31) at 12:15pm, 1:15pm, and 2:15pm.

Get ready for a memorable performance from this five-piece acoustic cover band. The Sheets are one of Vancouver’s most impressive live acts and sure to get you on your feet dancing to your favourite hit tunes. The Sheets boast a repertoire of over 100 songs and counting, so prepare for an energetic set! The local band will entertain visitors at the festival’s stage this Saturday (Aug 30) at 1:30pm, 4:15pm, and 6pm. You can also catch the Sheets live at The Blarney Stone every Thursday at 9pm.

With an exciting lineup of live entertainment, new vendors, and a larger event site – the third annual Gastown BBQ & Chili Festival is set to the be biggest one yet! Visit here for more details on this year’s food menu, participating restaurants, and event schedule.