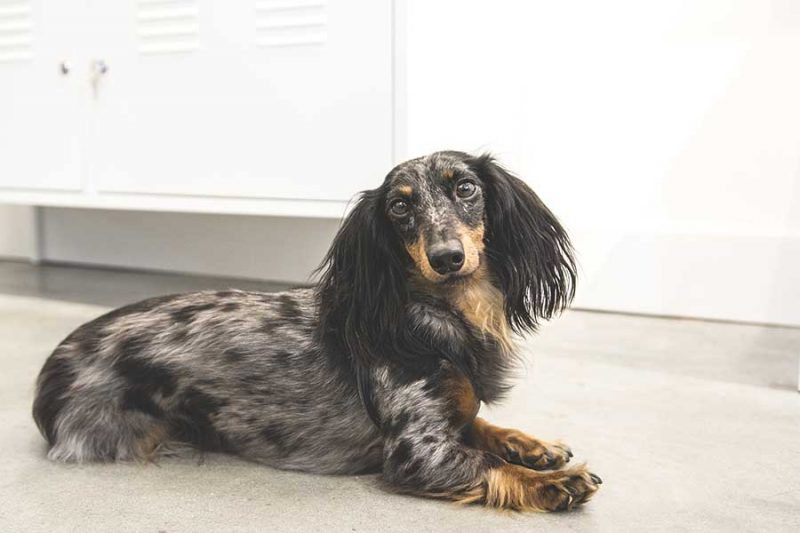 Short on leg, but long on personality, four-year-old Longhaired Dachshund, Milton, takes his role as salon mascot seriously. Often found behind the counter or on a lap nearby, he’s a valued member of the team who isn’t afraid to flaunt his treasured tresses.

Clients are often jealous of Milton’s sleek waves, but they’re a blessing and a curse. His conditioning regiment of rolling around in bamboo sheets is also the cause of most of his tangles. What’s a dachshund to do?

When he isn’t in the shop, you’ll find Milton getting some rays at the Sunset Dog Beach. His love for sand and surf reigns above all else, except thoughts about his next meal. Maybe that’s why he left the modeling industry? Milton’s BRUSH with fame came early in life, but after appearing in a magazine spread and a few blogs, he just didn’t have a passion for it and retired. Today, he’s found contentment as the ruler of all humans, selecting his favourite laps for daily puppy naps.

If you’ve got a marvelous mutt, consider submitting a nomination for the next edition of the Dogs of Gastown. Just snap a pic and tag us on Instagram (@mygastown) or tweet us @gastown.