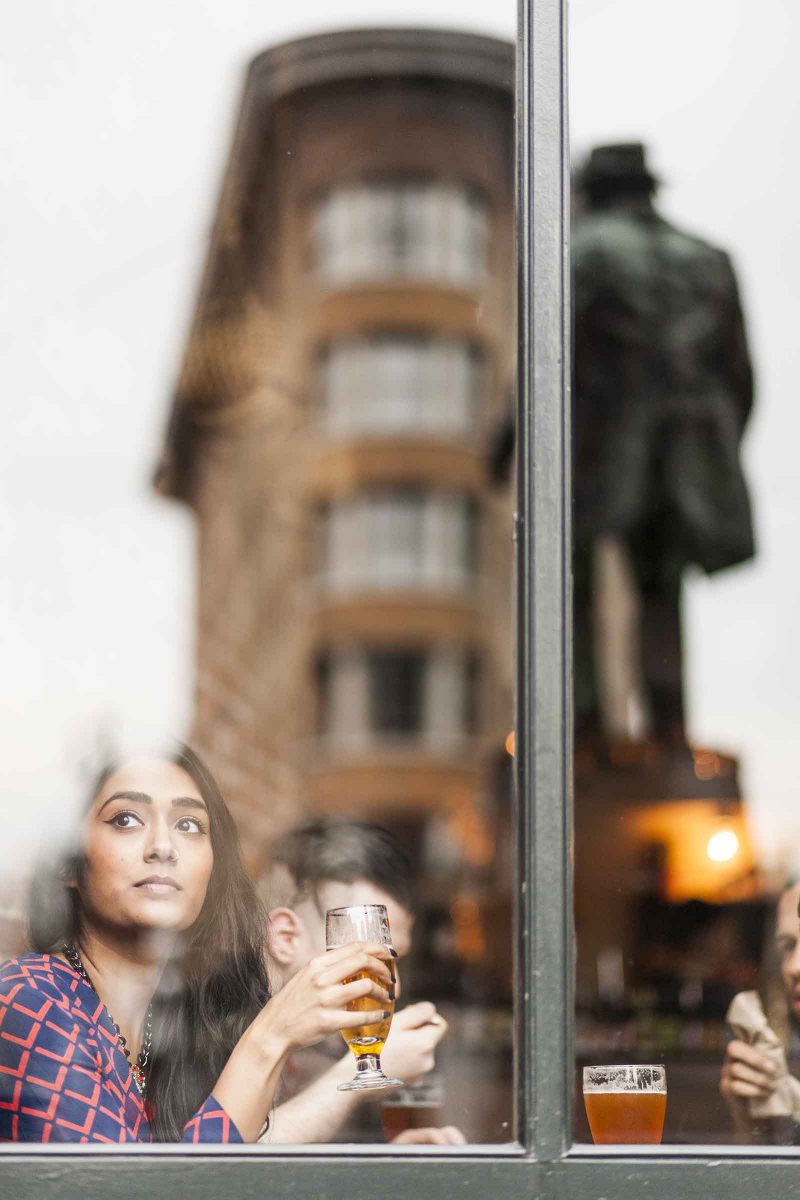 John Deighton, generally known as “Gassy Jack”, was born in Hull, England. Alongside his brothers, he learned to sail and hoped to apprentice on a British ship. When the gold rush hit, he headed to the USA, making a voyage from New York to San Francisco, and later to Hong Kong. As the rush moved north, so did Jack. And while he found no gold, he made a switch to local boats, piloting steamships and sternwheelers on the Fraser River.

By the late 1860s, health problems forced Deighton ashore. He started with a bar in New Westminster. It lasted a five years before a friend let a party get out of hand and ruin the business. Jack was back on the hunt and a boat, landing on the south side of Burrard Inlet.

It all began one September day in 1867 when “Gassy Jack” Deighton stepped onto Gastown’s terrain with a barrel of whisky. Known for spinning tall tales and talking without end, he bribed millworkers with drinks in exchange for their help to build him a saloon. The saloon was up and running within a day…only a few steps away from the mill’s property line. And just like that, Gastown was born.

Six weeks ago a letter written by Jack was posted online by Brian Grant Duff of All Nations Coins and Stamps. Bidding started at $500 and grew slowly. Then, on March 12, the auction went live and that’s when things got interesting.

“Legend has it Gassy Jack Deighton got his nickname because he was a bit of a blowhard. But he doesn’t seem to have been much of a letter writer — only a couple of letters from the founder of Gastown are known to exist.

But that only makes them more valuable. A Gassy Jack letter that went up for auction March 12 attracted a dozen bidders. When the smoke cleared, it had sold for an astounding $44,000.”