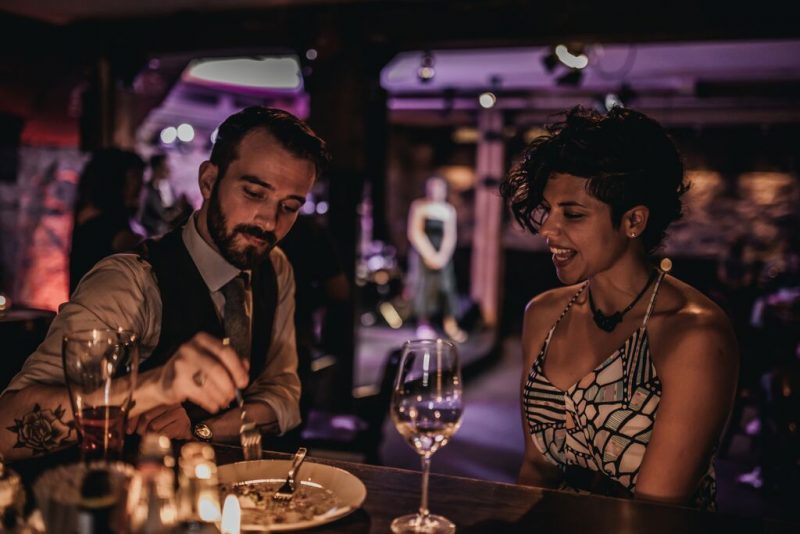 “We aimed to build a community, not a bar. But it started with a great bar,” notes owner, Jordan Stewart.

Jordan’s vision was simple: take the classic lounge concept and incorporate a strong music program that goes live every night of the week. But even with a straightforward concept, Guilt & Co has distinguished itself from the pack by bringing an old fashioned allure reminiscent to a prohibition-era speakeasy. And despite the costliness of hosting live performances, Guilt & Co never charges cover.

“We wanted people to come in to what they considered a ‘good venue’ in its own right. If they didn’t have to pay to enter and were treated to a great live performance, they’d be exposed to music and art that they’d perhaps not have chosen otherwise.”

“Our intent was to create a place where people could grow to love the adventure of discovering new forms of music, while providing artists a platform to stretch their legs with fresh audiences.”

Step into the space and you’ll experience more than lively entertainment. The cavern-style cocktail bar was previously a raw storage space with crumbling century-old floors and no services. “Other than stone walls, pillars and pipes – everything you see, we put there. We designed it to be intimate and timeless, and sit on the nicer side of the class spectrum.”

Flash back to a few years ago when Vancouver appeared to lack a prospective live scene. In spite of the closing of iconic local venues, Guilt & Co still thrived, providing complimentary access to live performances from a steady stream of homebred talent on the rise, every night. “Since we opened, there are far more venues doing live music and thus musicians are increasingly able to actually make a living creating music. That has had a very positive impact on our stage. More players are staying in Vancouver, taking on projects, exploring the spectrum of their art, and being supported by venues, promoters, and audiences.”

“Even our staff is continually amazed by the incredible musicianship and performances of our artists and saddened that these experiences are lost to time. They’ve seen it all, so the fact that they’re thrilled again and again tells me everything.”

Both established and emerging artists along with their very own musically gifted staffers perform under the spotlight. Local soul legend Dutch Robinson makes a regular appearance in the line up. Guilt & Co members J.C. Thompson and Tonye Aganaba hit the stage on ‘Ground Up’ nights to raise funds for communities in the Downtown Eastside. Starting in October, Guilt & Co will broadcast live-to-air on Sunday nights with the soon-to-be launched 98.3FM Roundhouse Radio. Manager and musician Tonye Aganaba is set to host the show, which will feature two 25-minute sets with a live audience, along with artist interviews.

“Everyone wins when there is a strong live music culture in a city. We’re extremely honoured to have staged some of the best talent in Canada over the past five years. To our incredible delight, it just keeps getting better.”