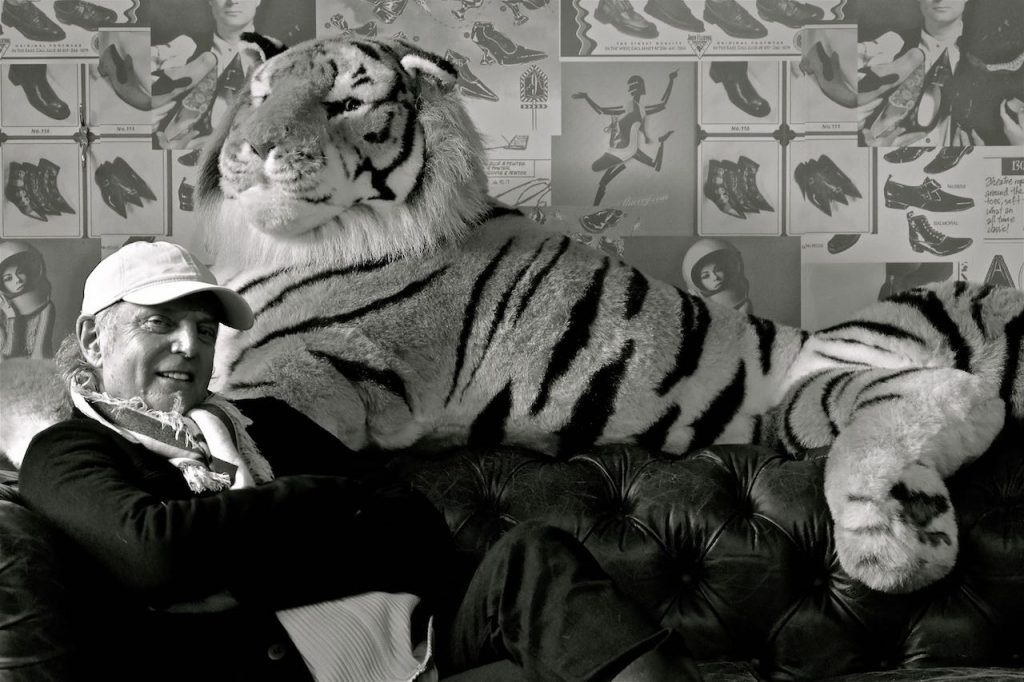 I come home to Gastown because I live here. This is my home.

I opened up a store (Fox & Fluevog) in August of 1970 on the corner of Powell & Carrall. Gastown was up and coming, and edgy. Urban areas and neighbourhoods were experiencing revivals in North America, including Pioneer Square in Seattle and Ghirardelli Square in San Francisco. The demographics in these areas, and in Gastown, were made up of a lot of draft dodgers and hippies. The pubs were frequented by early 20 something’s and street people. The vibe was quite real and genuine. 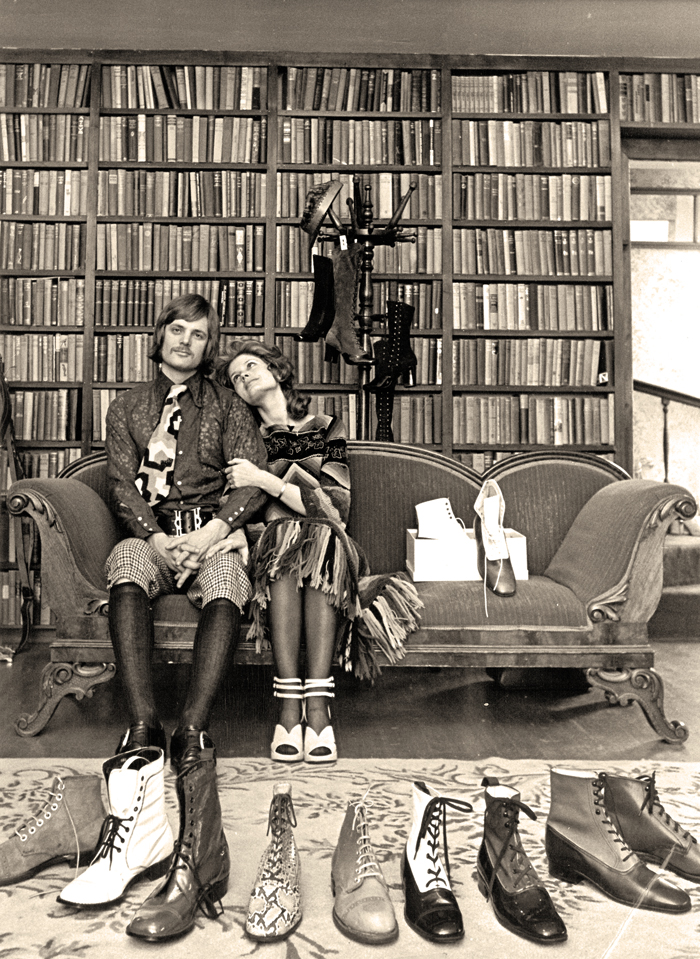 How did people react to Fox & Fluevog? 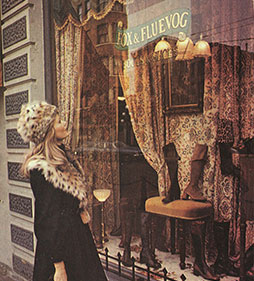 You repurposed new old stock, turn of the century shoes?

Not really. We did make a trip down to Mexico and acquired some old shoes; baby shoes, and sold them in the shop. Old stuff was desirable to people at the time, so we turned the store into a Victorian era library full of dusty archaic books, chaise lounges, and velvet drapes hanging from 16-foot ceilings. Shopping wasn’t really done in boutiques. These types of shops were just emerging and we were an alternative retail experience for interesting people. Our customers came in all shapes and sizes and they were certainly characters that were looking for shoes that stood out from the norm. My shoes have always been sold at a higher price point, and have forever been unusual.

In a way, it’s much the same today. I am selling to an almost ‘culty’ following of customers who only want unusual and different shoes. 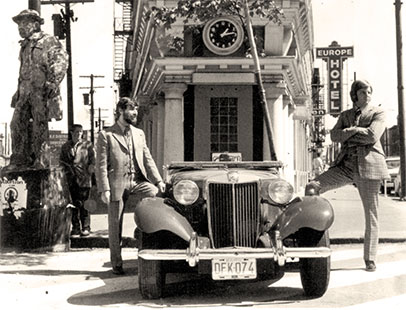 What led to the split? It seems that every artist must eventually go out alone into the wilderness.

It was Peter who split. He was more the artist than I was at the time.

I always thought it was you.

No. It was definitely Peter. He decided to go out and start his own line of footwear.

After that, I moved out of Gastown around 1981 and set up my own shop on Granville Street. Gastown was going through a tough period at the time. A bunch of t-shirt shops opened up, and with the emergence of Granville Island, less people came here to shop the boutiques. The vibe in the neighbourhood changed but Gastown has always maintained its true essence. It’s always been about being your true self. Having the freedom to celebrate non-conformity and individualism. For these reasons, Gastown has always suited me. 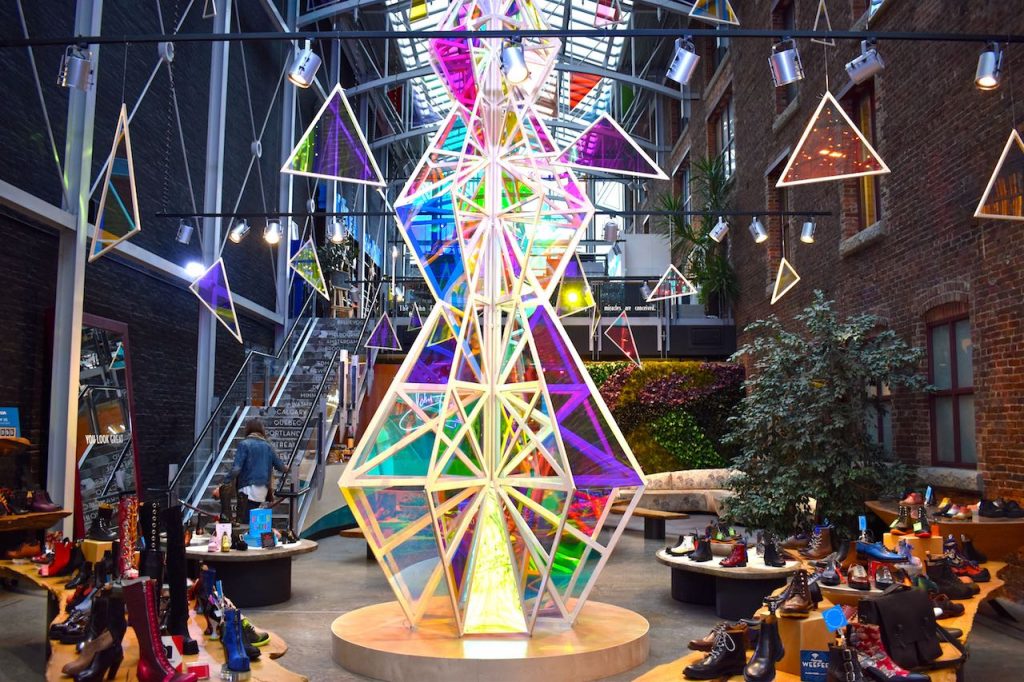 The shop and studio space here on Water Street appears to be the epicenter of the Fluevog universe. A grand atrium wedged between two brick buildings. What was here before you moved in?

It was a parking lot. The landlord and owner of the adjacent building to the east bought the space and had an atrium built. It’s zoned for retail and we have used the upper floor for our design studio. The space has an uncommon feel to it, and that’s because, technically speaking, there are no walls but rather the outsides of two heritage brick buildings.

Who’s idea was it?

Not mine. It was both the landlord and the architect who thought of it. I’m the second tenant after a man named Richard Kidd.

No, a retailer. He sold hip-hop stuff. 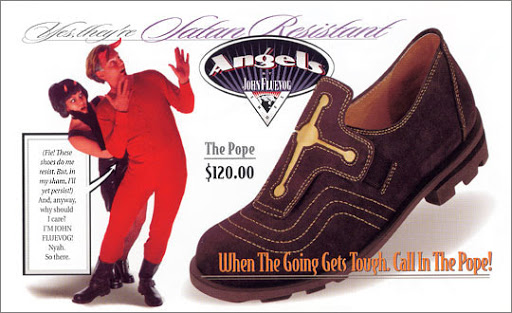 Then it’s fitting that Fluevog comes home to roost.

Indeed. This is where I started. I am always grateful to Vancouverites for all the support I have received over the years. Without them, I could not have done what I did. I have been through many different fashion eras, and Vancouver has been with me through all of them. 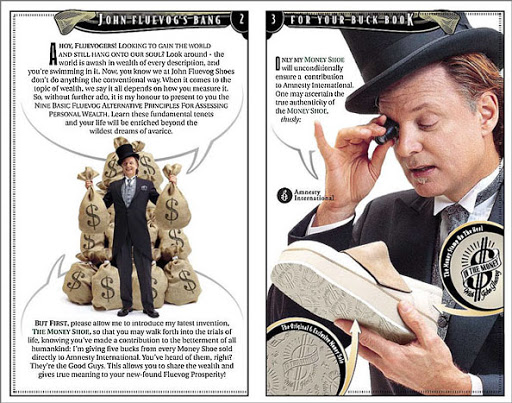 Is there a shoe or series of shoes that you have always wanted to create? Perhaps something too wild, too complex, or so out there that maybe, dare I say, they are seen as ‘too weird’?

I’ve worked my whole life to have the freedom to do what I feel like doing. When I want a new shoe created, the factories that I partner with require a much higher volume of production than I am able to give them. That’s why it’s always been a challenge to get my shoes made. I have personal relationships with many different factories around the world. A lot of them are family run and I get to know the owners and workers well. I have no formal contracts with any of the factories. Everything is done on a handshake. I can get things made by my good contacts that many other manufacturers might go and tell me to get lost. The really way out there ideas are fun for me but they don’t necessarily fuel the company. I mix those wild ideas into forms and molds that are perhaps, more practical and acceptable. Maybe the difference between some people and myself is that I act upon my ideas. I don’t think I get any more inspired than most folks. 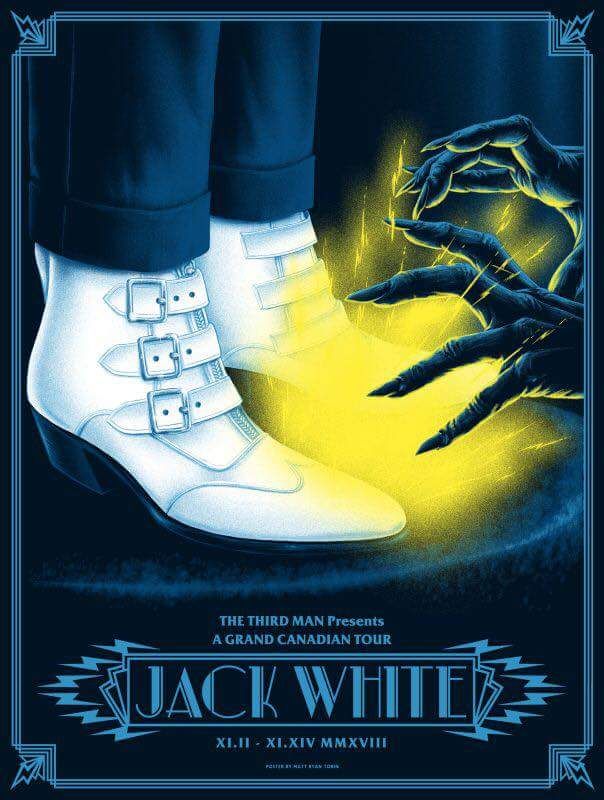 Do you dream in shoes?

I do. I get shoe dreams. Sometimes, things come to me in the night. Like any creative process, things appear in the mind, and I need to take notice of them. This is important. And then an image will keep recurring, pestering me to pay attention and do something about it. 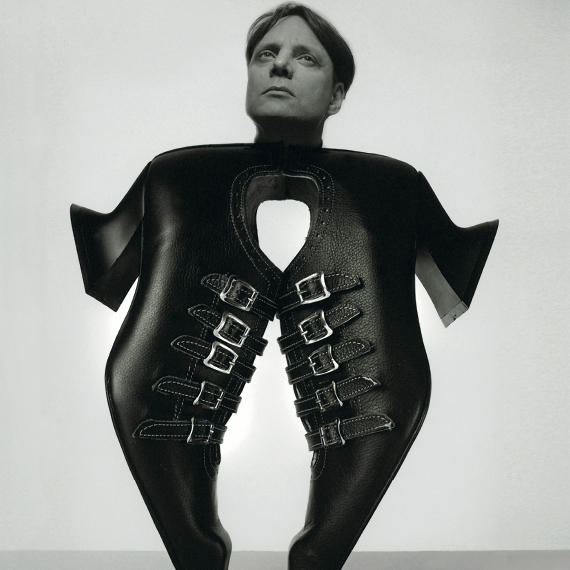 I don’t have one. I love all my babies.