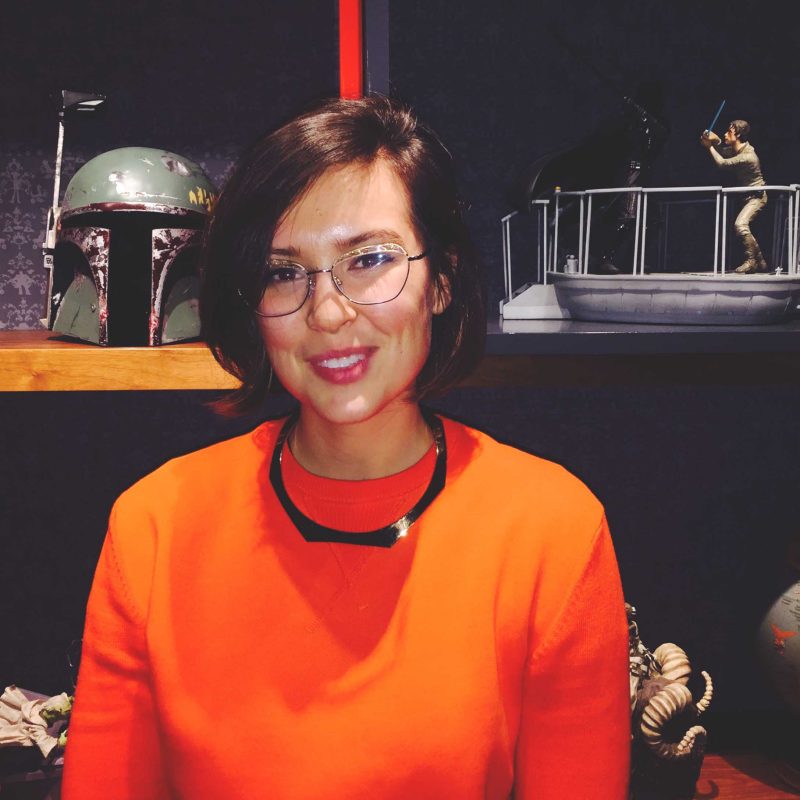 Industrial Light & Magic has been doing their thing in Gastown for a couple years already, but they keep a pretty low profile. It’s no wonder when you realize that what they’ve been working on was – hands down – the biggest movie in history. This week I caught up with Rachel Reed, the production coordinator for the animation, creature development and FX teams in Vancouver.

How were you involved with The Force Awakens?

This was a super fun combination of departments to look after.  Animators add the action into the shots, and creature development and FX simulate details that make that added action come to life.  As a coordinator, it’s my job to make sure that after the TIE Fighter has been animated, we have someone ready to blow it up. Or when after a character’s animation is finished, we are ready to do a cloth simulation so the costume moves with the character.  I also support the artists by helping them troubleshoot, making sure information is being passed between them correctly and being their biggest cheerleader.

Were you a childhood fan of the series or a later-life convert?

My Star Wars fandom started in 4th grade and has never let up. The special editions were released soon after I discovered the universe, so luckily there was plenty of merchandise around to feed my obsession. I even had Star Wars music in my wedding!  Needless to say, getting to work on The Force Awakens was a dream come true. If I was Jedi, you could even say it was my destiny…

Do you remember your first thought when you heard you’d be working on The Force Awakens?

The only thing more exciting than finding out that you are working on The Force Awakens is finding out that your friends are working on it with you. We were all picturing our names in the credits in that iconic blue font. When someone else rolled out of their meeting with the crew manager to tell us the good news we’d all crow “Our names in blue!” Did your friends and family pester for you details?

Good friends and family knew better than ask for details. When I got to see the movie for the first time, even at the very early stages, the story was extremely compelling and emotional. It was easy to keep the details to myself because I wanted my nearest and dearest to have that same experience on their first viewing.

Are people surprised to hear that work on the film was done in Gastown?

When people realize that our studio is in this historic part of the city, at that iconic intersection, in the thick of it all, they are always impressed. I think that being in Gastown is a great plus for the studio. Even if we complain that the crowds at the Steam Clock make it hard to run lunch time errands, we all realize how great it is that we work in a neighborhood that most people only get to visit. What was it like in the ILM office in the weeks before the premiere?

It was quiet, because we had all worked so hard and we were tired!

And how has it been since then?

Everyone was so proud and excited when the film was released. We really enjoyed seeing the positive reception it got. It is incredibly rewarding to see your hard work so appreciated. It was really fun to bask in all the good reviews and fan reactions. It also made socializing with non-work friends much easier, because we didn’t have to keep all those secrets about the plot!

What are you most proud of when it comes to The Force Awakens?

It’s funny, because I think it’s something that the general audience might not notice at first, but the background action in some of the sequences is just incredible! Our artists put huge amounts of work and energy into making sure every X-wing flying by or Stormtrooper shooting had a purpose that added to the overall story. These intricate details are what make it feel so real. Even if you don’t realize it the first time, they’re there! And finally…do you have a lightsaber?

No weapons here! My only Force power is the Jedi Mind Trick.