The Revellers Step Outside their ‘Room’ for Make Music Vancouver – Gastown 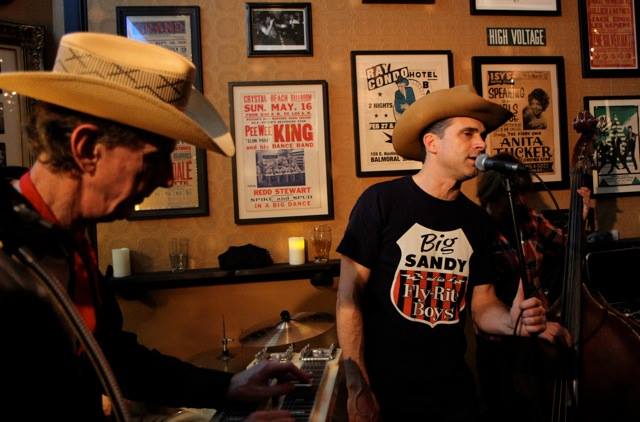 Make Music Vancouver takes over Gastown on Wednesday, June 25th, bringing over 100 bands from every musical genre to the storied streets. And among them, the Revel Room’s owner (and impeccably talented vocalist) Dennis Brock, will be taking his place among the performers with his house band, The Revellers.

The Revel Room opened on Abbott Street in 2008, with the goal of bringing a little bit of Southern hospitality to Vancouver’s storied neighbouhood. Within months, he was hosting the first Gastown Blues & Chili Festival, which combined a chili cook-off competition between local restaurants with live rock and blues sets performed by veterans of Vancouver’s music scene, including Jimmy Roy (Ray Condo Band, Petunia & the Vipers), Mike Van Eyes (Stinging Hornets) and Steve Kozak (Steve Kozak Trio).

When the event wrapped up, performers lamented the lack of venues available in Vancouver for musicians to showcase their talent, so Brock invited them to play periodically at the Revel Room.

On Wednesday night’s, it’s Brock on Lead Vocal for the Revellers, with James Badger on drums, Joanie Kepler on upright bass, Jimmy Roy on lap steel, vocals & guitar and Dave Patterson on harmonica, vocals & guitar. Brock plans to bring a bit of Texas swing to Make Music Vancouver and is sure to have the rockabilly set swaying on the sidewalk, but he’s also eager to draw locals down to Gastown, Vancouver’s creative and cultural hub.

You can watch a clip of The Revellers performing here.