Then And Now: The Hudson House – Gastown 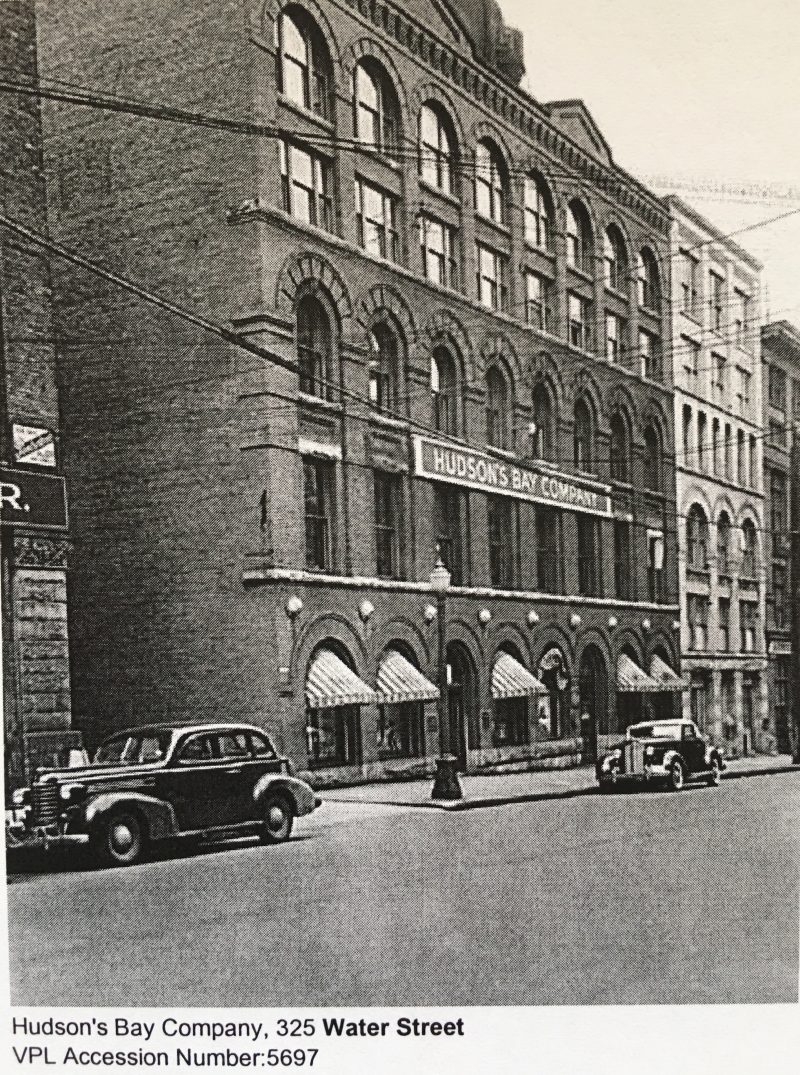 Then And Now: The Hudson House – Located at 321 Water Street The centuries old Hudson’s Bay Company needed a sizable warehouse to store and distribute fur, liquor and prospecting supplies. The Klondike gold rush created a frenzied demand and prospectors were insatiable in their appetite for all the above. Constructed in the Romanesque revival style, the multi level building is characterized by round-arched windows, brick façades, and rough dressed stone trim. Built in 1894 as a three storey structure with a lower level, it was expanded further by adding two additional stories in 1903. It is located on the north side of Water Street.

The original architect of The Hudson House, C.O. Wickenden, remains significant in that through his solid relationship with visioning and creating many HBC structures throughout western Canada, he is credited with bringing the Romanesque Revival style to the West Coast and thereby establishing the distinct early character of Gastown. The HBC holds the record for the longest occupant of a single building in Gastown. The Hudson House warehouse was used by them for over 60 years and was a key location in the companies fortuitous outfitting of many hopeful prospectors. In the early 1970’s, fire raged through the upper floors, devouring all but the stalwart brick and mortar. A thorough rebuild brought about changes in use – commercial and retail space was created making The Hudson House one of the first adaptive rehabilitation projects in the newly designated historic area of Gastown. The genesis continued and Gastown grew further from its original economic purposes of warehousing and manufacturing to commercial, retail and residential uses.