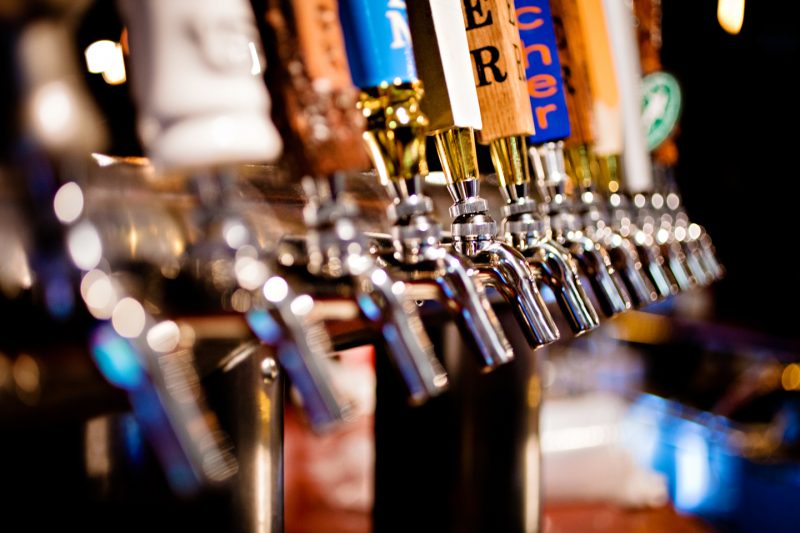 It’s been a whole year and we’ve waited patiently, sipping what we can until the beginning of Vancouver Craft Beer Week (May 26th – June 4th).

Gastown teems with a staggering amount of craft brew on tap. We are spoiled to have such a variety, in a small neighbourhood like ours.  One could very well become a craft beer aficionado, exuding the most sensitive of palettes while being highly discerning and selective of only the finest.

Yes, it’s out there, dear beer lovers, and in Gastown, a sparkling oasis, rich in taste, texture and colour presents itself.

We have 18 places where you can find over 75 varieties of micro brewed and specially made craft beer. Where else in Vancouver can you find such a huge concentration of expertly made ale, from so many different places, poured fresh from the tap and now resting snug between your hands? Gastown is the place- we have it all!

Click here for: 18 Places In Gastown To Find a ton of Craft Beer Varieties

The fun loving gang over at The Portside Pub will be kicking off the festivities tonight with a Cask Party! This Wednesday May 31st from 6 – 8:00 pm The Portside is calling all beer lovers to join in on celebrating VCBW with a cask party featuring complimentary samples from 4 local breweries plus a taste of their delicious East Coast Kitchen! You can RSVP for free with this ticket link. The Portside is a true craft beer haven, serving no less than 24 different varieties. They host a Mug Club that is free to join and comes with a bounty of privileges for the dedicated brew drinker like discounted beer, a custom engraved mug, access to special events, Membership Card, Portside Pub T-shirt and a Portside Pub Sailor Hat! When you have suitably wet your whistle at The Portside, there is another salubrious evening to look forward to. The Lamplighter is paying homage to the pleasure of expertly brewed IPA’s by hosting their I.P. HAZY Whole Hog Cookout and Crawfish Boil. This Thursday June 1st from 6pm-9pm. The Lamplighter Public House invites you to experience the biggest food & beer event of VCBW 2017. Their first ever Whole Hog Cookout + Crawfish Boil. They’ll be spinning a full pig on the patio while they boil up a massive pot of spicy & seasoned crawfish & veg. While you feast away you can sample the haziest selection of IPAs available. From un-filtered NWPA to Milkshake brews – the theme of the night is IP-HAZY. Featuring, but not limited to: Phillips Brewing & Malting Co. – Flamango Milkshake IPA, Moody Ales -Huge Citrus Hazy Pale Ale, R&B Brewing – Shake Your Fruity IPA, Howe Sound Brewing, Hazy Daze NE IPA, and Twin Sails Brewing –tba.
$49 Ticket includes admission, Pig & Crawfish plate with fixins, 3 x 14oz sleeves of Hazy IPA drink tickets, and 1 Raffle ticket for the door prize! For those who are content to watch the above celebrations from a distance, go no further than the wood at The Lamplighter. This Gastown haunt boasts one of the most organized, balanced and extensive lists of craft beer in the city. Choose from around 40 beers on tap. There are many different types of beer including premium ales & bitters, saison, lagers & pilsners, stouts & porters, witbier & hefeweizen, ciders, IPA’s and rotating taps. The selection is staggering and The Lamplighter will command repeat visits.

Worth mentioning – This Thursday and every Thursday hence, the pub will host a meeting of The Gastown Beer Society at 6pm.

The Gastown Beer Society is a weekly meeting of beer enthusiasts. Each session is hosted by a different local brewery from our 50 beer draught list, wherein they provide exclusive information, tastings and pairings. It is the perfect opportunity to appreciate beer among friends in one of the most happening craft beer neighbourhoods in Canada. See you there! No reservation needed, just drop by any Thursday at 6pm To find out which brewery will be hosting this week, follow @lamplighter_pub on Instagram and Twitter For more information email  lamplighter@donnellygroup.ca