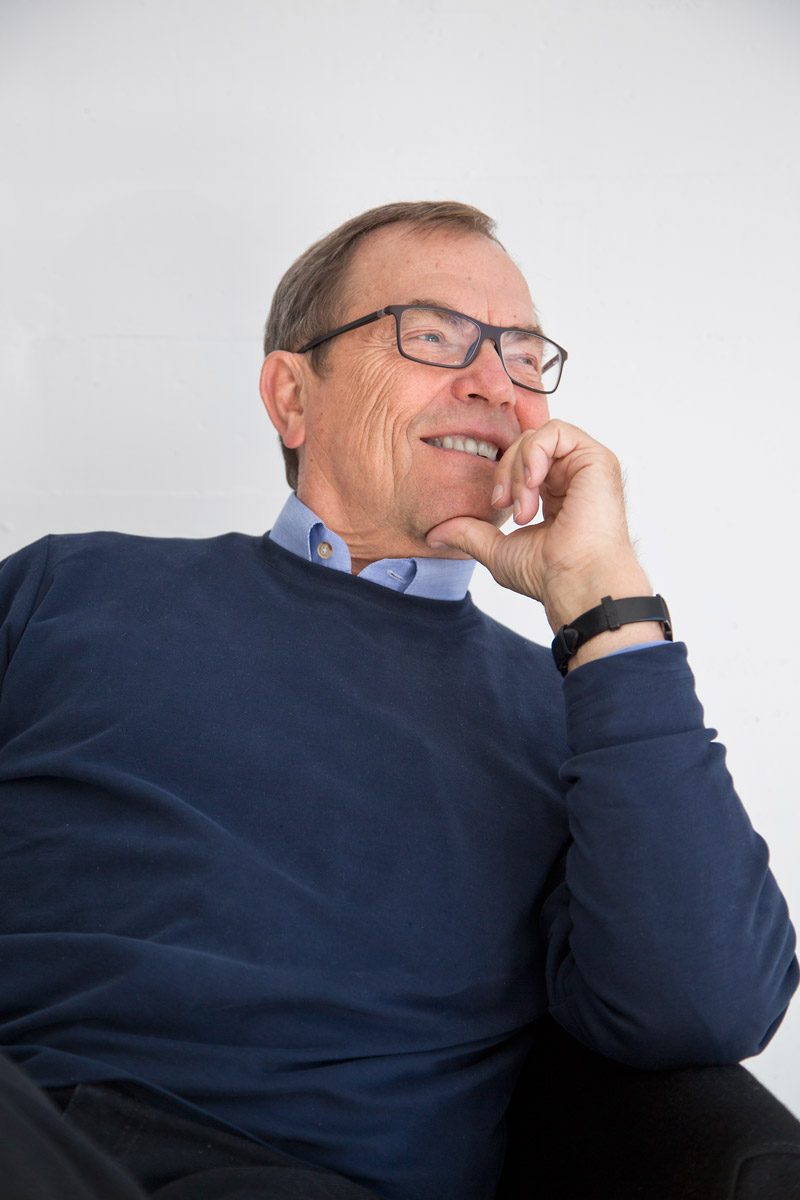 Bendtsen’s design, the U Turn by Bensen, is a modern evolution of the familiar club chair. It offers a generously scaled seat, back support, and luxurious seat cushion for superb comfort in a surprisingly small footprint. The distinctive visual element is the seat’s under-cut, which provides foot space for greater ease when getting out of the chair.

“The U Turn pairs with all kinds of interiors and with many styles, from traditional to super contemporary,” explains Bendtsen. “It is at home residentially, as well as in commercial projects.”

Bendtsen has been working with contemporary furniture all his life. After opening his first retail store in Vancouver just over fifty years ago, he left the city in the early 70’s and headed to Denmark. Known for well-designed and well-crafted Danish modern furniture, it was during this time that Bendtsen created the Ribbon Chair, which now sits in the permanent collection at the Museum of Modern Art in New York.

Upon his return to Vancouver in 1980, Bendtsen bought back his storefront and added a manufacturing arm that allowed him to have control over his designs from first concept to finished product.

“We can quickly see if an idea works, or how to modify in order for it to work,” Bendtsen notes. “We can do this much more freely and quickly than if we were working with other factories.”

Today, Bendtsen’s, Inform Interiors, offer two large showrooms in Gastown. They feature hundreds of classic and contemporary pieces, from Italian kitchens by Boffi and Varenna to extensive lighting displays, home accessories, an array of books and his own designs, which seek to strike a balance between aesthetics, function and affordability.

As a recipient of this year’s AZ Awards, Bendtsen is in good company. Demonstrating an expansive spirit of innovation, from a house that pulled apart and transformed into concert seating, to a home interior clad in a striking recycled pine plywood and carpet tile collection, the submissions represented a global snapshot of the world of architecture and design. The U Turn by Bensen

“It was an honour to receive this award as there were people from around the world who had designed and produced some amazing things,” said Bendtsen. “Every one of the architectural projects was very interesting and contemporary, but I particularly liked the light that was designed by Kei Ng and Brian Richer of Castor Design in Toronto.”

The magazine behind the awards, AZURE, was launched in 1985 and focuses on contemporary architecture and design. It has earned a global reputation for excellence in international perspective and multidisciplinary coverage, which puts architecture, interiors, products, landscapes and urbanism together in an exploration of inventive projects and emerging trends.