The 'Haus that Boll Built – Gastown 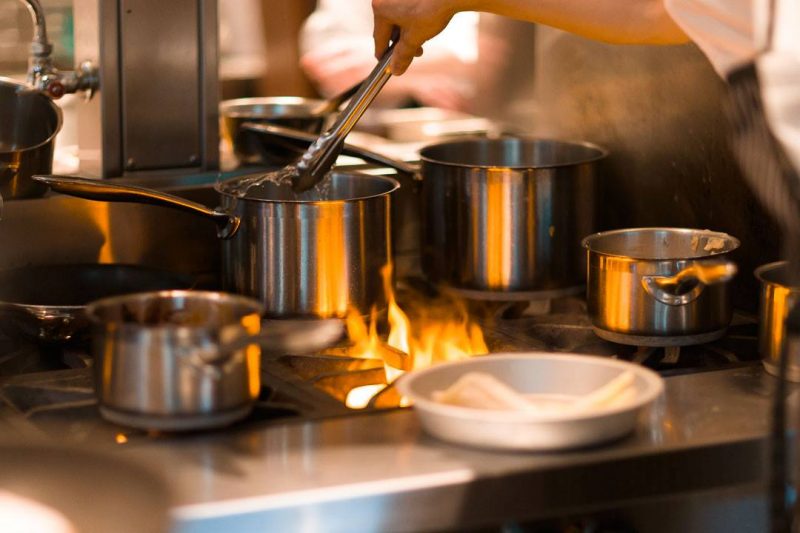 First-time restaurateur, Uwe Boll, sought to bring a little bit of home to Vancouver with authentic German dishes prepared by one of the world’s top chefs.

“I spend almost four months a year in Europe and when I’m here, I really miss contemporary European cuisine.”

Boll spent many evenings at L’Abattoir before staking out his own corner of Gastown at Carrall and Cordova in the historic Boulder building. Constructed in 1890 by Arthur G. Ferguson, it remains one of the most celebrated buildings in the neighbourhood.

“Gastown is the hippest part of the city, it felt like parts of Berlin, and almost all of Vancouver’s interesting clubs and restaurants are located there,” noted Boll. “Gastown is different than most of the city, and it’s growing.” Boll and local designer, Andrea Greenway, did a tremendous amount of work within the space to juxtapose a heritage building against a sleek modern interior. The restaurant offers 100 seats, an open concept kitchen, private dining space and wine room, alongside restrooms that are truly a work of art.

“Andrea had the idea to create a Berlin street feel and we loved it,” recalls Boll. “Latiesha Fazakas had just done a street art show, so we spoke to her and commissioned the artists. We just let them freestyle.”

“Chef Stefan Hartmann has been involved since the beginning. Before I signed a lease, I make sure he would come to Canada as the Chef. Without him, I would not have opened a restaurant.” Hartmann is deserved of this high praise. He caught the attention of food critics around the world while working in some of Europe’s most notable establishments and earned his own Michelin Star in 2010.

“Great cooking is about craftsmanship, something Chef Hartmann learned while working his way to the top. In Europe it is all about apprenticing, learning discipline and developing an understanding of the principles of cooking,” Boll explained. “Once you have these skills, you can then be creative and cook whatever you want.”

For those new to German cuisine, Boll recommends the chef’s tasting menu, but don’t be afraid to dive into some of Chef Hartmann’s signature creations.

“The card is always fresh and changing so it can be hard to choose, but the Onsen Egg is sensational and the filetsteak is perfect. Any of his fish dishes are wonderful.”

Boll himself favours winter dishes and looks forward to favourites that will appear once the temperature begins to dip.

“The Sauerbraten with dumplings is a big roast in a sauce made out of red wine, vinaigrette, apple juice and spices. The meat stays in the sauce for four days before it gets roasted and that takes six hours. This, with dumplings, red cabbage and apple compote on the side is to die for. It’s also from my hometown region by Cologne.” The Bauhaus menu changes often as Chef Hartmann stays in tune with what’s in season, but he isn’t the only one turning out noteworthy concoctions. Martin Corriveau has been creating some truly fantastic German inspired cocktails that have elbows bending along the bar. Boll recommends grabbing a seat and checking out the snack menu, full of reasonably priced options for a casual cocktail stop.

“I want people to enjoy their evening and leave feeling like they experienced something different. It’s important that they love it and want to come back.”