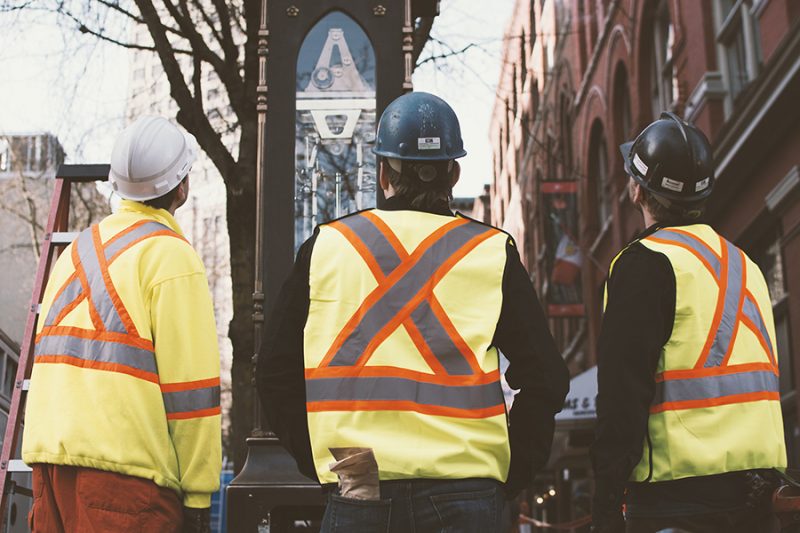 THE CLOCK STRUCK ONE

We kicked the year off by welcoming back the Steam Clock. Ya, ya, you all say you hate it, but when it came down last December, media reported on it and you all freaked out.

We rocked out all year long with the Red Bull Tour Bus, Make Music Vancouver, and Yule Duel. Missed one? Gastown was the place to be when thousands decended on Water Street James Vincent McMorrow, Alberta Cross, Dicey Hollow and White Ash Falls. They were all aboard the Red Bull Tour Bus, parked right in front of the Hotel Europe. A month later, it was another great edition of Make Music Vancouver with more than 100 bands. And then, on December 3rd, we held the first Yule Duel sidewalk carolling competition. Twenty Vancouver choirs packed the street with holiday tunes. There were some new additions to this year’s Gastown Grand Prix, as we hosted the first youth race in the neighbourhood. Fifty girls and boys got the chance to warm up the circuit for the pros to follow. The sun shone and it was another great day. THERE WERE NEW NEIGHBOURS ALL AROUND

And, we welcomed a lot of new businesses to the hood. 2015 saw line ups for ice cream in the winter, the opening of Gastown’s first escape room, the unveiling of German fine dining and a whole lot more. If you haven’t visited them all, you now have plans for January.

Happy New Year everyone and we’ll see you on the flip side!