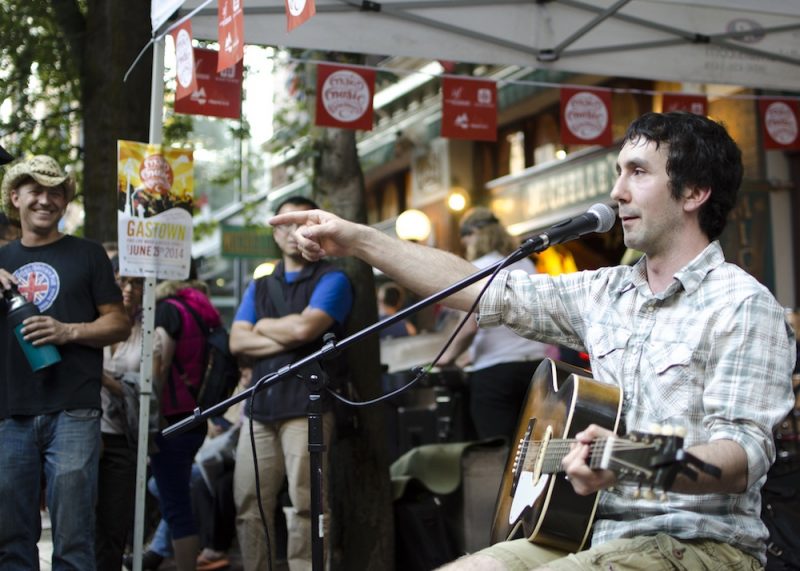 In a couple weeks, Gastown’s sidewalks will transform into an array of live music stages and dance floors to welcome over 100 professional and amateur musicians for a free concert open to the public. This grassroots event celebrates music in all its diversity from alternative rock to blues and reggae. Last year, over 20,000 spectators danced on the streets of Gastown.

Make Music Vancouver was inspired by the Fête de la Musique, launched in France in the early 80s and today, is a worldwide phenomena taking place in over 450 cities worldwide.

Now in its 5th year, Make Music Vancouver is expanding with undiscovered talent. Anyone can sign up to play whether you’re an established songwriter or amateur rocker. You might spot a star in the making at this year’s event. The festival begins at 5pm with dozens of music stages set up along Water Street between Cordova and Carrall. Each live music act is assigned a 45-minute time slot, creating a swirling soundscape of musical styles moving from one corner to the next. After 10pm, the party continues at Gastown’s bars and restaurants.

The lineup features a spectrum of talent, and you may even recognize a few of Gastown’s very own in the mix. Next week, we’ll reveal some upcoming acts expected to perform at the fest.

Make Music Vancouver is a free event and sure to be a night to remember. Come down to the hood on Wednesday, June 24th, to join the city’s biggest dance party.