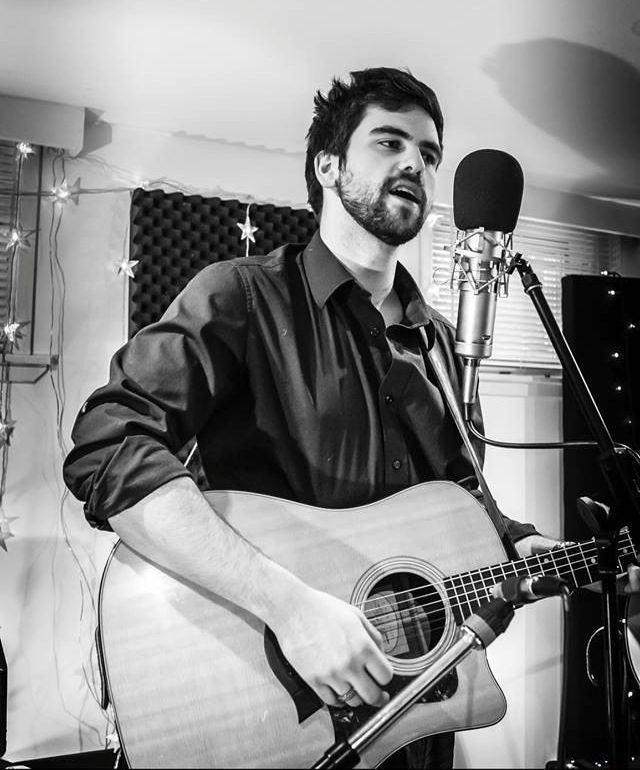 Could you tell us about your background in music?

Music was always a theme in my household growing up so naturally I was very drawn to it. From a young age I played instruments like trumpet, drums, bass and guitar. Most of these instruments I’m still fluent in. Writing and recording was a natural progression for me. I suffered a Post Concussion Syndrome when I was in high school and I had to quit hockey. I had a lot of built up emotions so i took up writing songs. Since then I have been performing for a living and it’s been a dream come true waking up everyday and doing what I love.

Many are describing your music as “Desert Alternative” – how do you describe your sound?

I would describe my sound as really strung out blues, mixed with some country and rock and roll. I love to focus my writing on that initial observation and connect emotionally with people’s heartstrings.

Are there any artists/musicians that inspire your sound?

Marcus Mumford is great. Noah Gundersen is one of my favourites. I’m also a huge fan of Toronto locals, July Talk. I also listen to a lot of outlaw country like old Hank Williams, Waylon Jennings and Johnny Cash.

Congratulations on the success of your debut CD! How does it feel to have your music making waves in cities like Nashville, Tennessee? How has travelling and performing on tour influenced you as a musician and songwriter?

Everyone you meet could be your inspiration for a new song. Everyone is living such a complex life these days that everyone’s stories become so interesting. You have to take what you can especially on the road. No matter where you go everyone has something musically that they do very well. For example being a part of singing a great shanty on the east coast of Canada, or playing 12 bars with the guys down in Nashville. It’s all great knowledge to take with you as a musician.

What’s one of the most surprising moments you’ve encountered on your tour?

I honestly pinch myself everyday because this life that I’m living surprises me everyday. Being able to travel everywhere and play my music to me is totally surreal.

Do you prefer recording in the studio or performing live?

Performing live. I feel like the room and the people in it, are as much as part of the songs as me performing them.

What can people expect from your live performances?

The goal is to give them an intriguing and immersive show. And hopefully some cute girls and great memories.

Do you have any pre-performance rituals?

Could you tell us what you have planned for your show at Guilt & Company?

Well I’ve brought a live bear with me from the Rockies to wrestle on stage. And if someone brings some hockey sticks we can have a game of ball hockey after the game.