The Return of the Steam Clock – Gastown 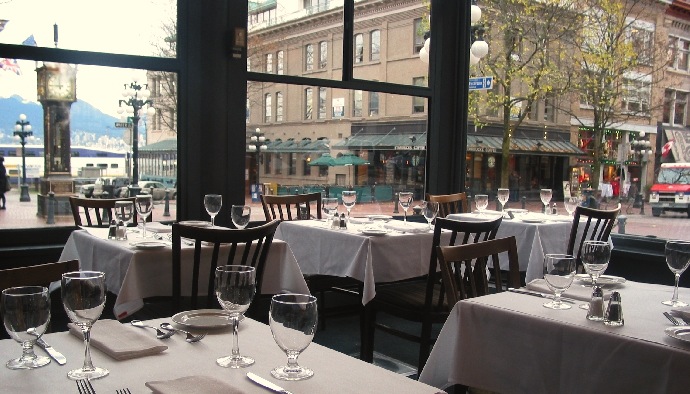 The Steam Clock was taken to the Manitoba Yards facility for refurbishing. A highly skilled team of City staff performed more than 40 individual tasks on the Clock, working closely with the clock’s original horologist, Ray Saunders. Together, they identified the modifications and improvements to be made.

The inner workings of the Clock received the most attention, with custom fabrication of several pieces to provide reliable operation for decades to come. Visitors will get an unobstructed view of all the upgrades through clear glass in the door, catching sight of the new tracks, pendulum and chains within. The steam engine received an overhaul and a new coat of paint. The steam pipes are also new, along with some custom copper leaf guards to prevent leaves and dirt from clogging the interior downspout.

In addition to all the upgrades, the Clock received a thorough cleaning. Rust was removed, areas were repainted and holes were plugged. It’s sure to keep whistling for decades to come.

During the Clock’s absence, the City was pleased to work with the Gastown Business Improvement Society to ensure art of public interest remained at the site. Originally planned for December 15, the Steam Clock’s return was postponed to allow for a unique art installation called, Make it Rain.

Looking up the reflective surface of ‘Make it Rain’.

Later today, those who live, work and visit Gastown will once again be serenaded by Steam Clock whistles. We know they’ve missed them!

If you can’t make it down today and want to hear the chimes, check out the 2013 segment on ‘go: West Coast’ with horologist, Ray Saunders, here.

Read more news on the return of the Steam Clock.