Bettering the Community Through Whisky – Gastown 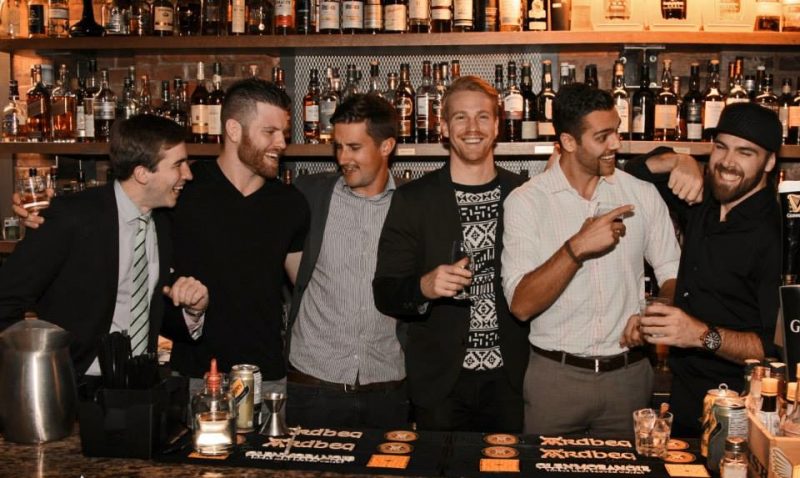 The Culture of Whisky Wisemen

Jordan Scott and Kevin Shaw are the two sharp men behind Whisky Wisemen – a not-for-profit organization, born on a desire to create a positive impact through a love of whisky. “We wanted to find a way to give back to the community,” Jordan notes.

“We thought about how we could leverage what many are doing already: socializing with friends, meeting new people and raising a glass to good times.”

Founded on the belief that the glass is always half full, they launched charitable initiatives through an ongoing series of social whisky events held the third Thursday of every month. The ‘Third Thursday’ gatherings typically attract young, entrepreneurial spirits from all walks in life, who are looking to unwind and socialize with likeminded people.

And, what better way to connect than through whisky? Aside from its old-fashioned allure – the ultimate Thursday throwback – whisky is a catalyst for good conversation, one that can even turn a stranger into a lifelong friend.

To establish a proper home for Third Thursday, the pair approached Sean Heather (owner of the Heather Group’s Shebeen Whisky House), who saw the society’s potential and was quick to form an ongoing partnership.

“Shebeen hosts the best whisky selection in the city, so it was our first choice,” Jordan explains.

“Our goals aligned with Sean’s own philanthropic ventures and vision, as he too contributes to many local causes, especially those in the Gastown area,” he says. “Gastown was at the very heart of the development of Vancouver as a city, and its character and allure are second to none.”

Cocktails for a Cause

Through Third Thursdays, the Wisemen team has established a unique fundraising model ­– cocktails for a cause. Events have no cover charge and the first 50 to arrive receive a complimentary ounce of whisky courtesy of Glenmorangie. After that, 10% of the entire spend for the evening is donated to a designated cause.

Funds are also driven through their signature cocktail, appropriately named, The Wiseman, which is a modern version of the Old Fashion: spirit forward and infused with the perfect amount of whisky. Their signature Wiseman cocktail has earned a permanent spot at The Irish Heather, Shebeen, and other citywide bars, and one dollar from each sold to the a thirsty patron goes towards a Vancouver-based charity.

To date, Whisky Wisemen Society has hosted 26 #socialwhisky events and successfully raised over $7,000. Currently, their 2015 fundraising initiatives support Power To Be, a non-profit organization that creates unique outdoor and nature-based adventure programs for children and families living with barriers or disabilities.

“Our society is a passion project,” Jordan notes. “To start, we all invested money in order to get the organization up and running and knew that we would never get it back, as we are a not-for-profit.”

Each of the seven board members behind the organization hold down demanding full-time jobs.

“We all have a passion to give more of ourselves for the benefit of others and truly believe in the model and brand we have created,” he notes. “We donate every moment of free time towards this.”

In addition to fundraising efforts, they recently launched a social movement, #ChivalryChallenge, in hopes of spreading random acts of kindness throughout the city. The challenge is simple: do something good for a stranger and encourage the recipient to pay it forward while passing on the #ChivalryChallenge poker chip.

Last January, the Whisky Wisemen Society raised a well-deserved glass to celebrate their two-year anniversary, and announced new plans on the horizon. In addition to the Club Wise society (a new member-based community of whisky lovers), they are set to launch several new chapters in Victoria, Calgary, Toronto and New York City – but we’re excited to know that it all started in Gastown.

This Thurdsay March 19th, drop by Shebeen for the upcoming Third Thursday #socialwhisky event. As usual, the Whisky Wisemen community will attend the event – so come kick back with a few drinks, give them a pat on the back and get ready to hear some interesting stories.