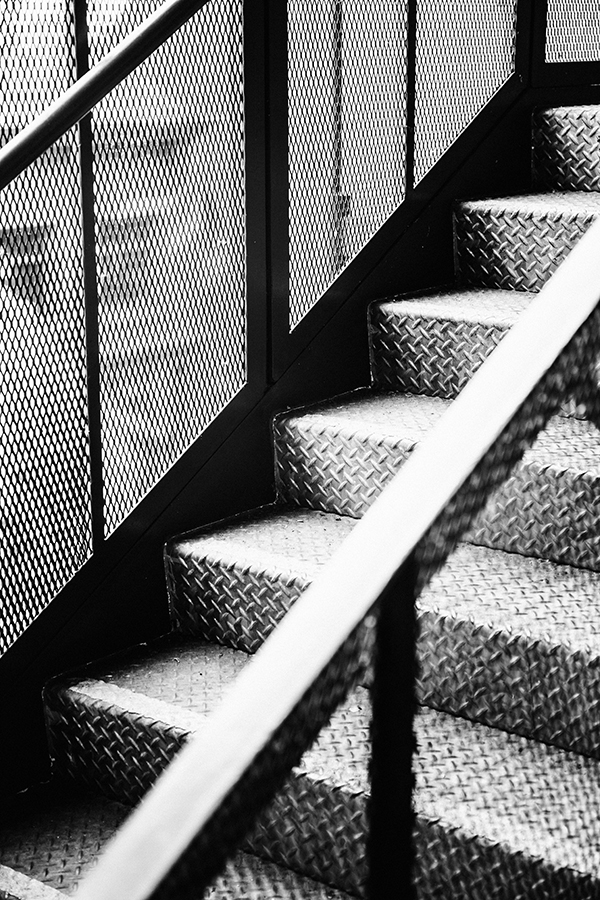 He’s this wildly creative, high-energy dude who runs The Hepburn Group, a branding, advertising and creative agency located in the heart of the neighbourhood. He’s got a bit of a Canadian accent when he speaks, and he looks like he’s never not been cool a day in his life. He also happens to be a total advertising guru.

Derek is the mastermind behind our new neighbourhood banners, so I met up with him last week to chat about what inspired him, what particular parts of the neighbourhood he felt he should capture, and why.

As cliché as it is, Derek really is the kind of guy you’d want to have a beer with, or in this case, a coffee. So we ended up getting super (although, pleasantly) off topic, discussing everything from hipsters, to The Bones Brigade, Craig Stecyk, motorcycles and my parent’s midlife crisis. But most interesting was Derek’s take on the past, present and future of Gastown’s cultural identity.

How did you come up with the look and feel of the banner imagery?

I looked at a lot at textures, and the cool textures now are the cool textures from like, 1880. The chevron patterns were a big part of it, but we also wanted to show just a little bit of the grit and patina that you find here [Gastown]. We also see things in the banners that are definitely old, like the radiator, but then there’s some stuff, which looks like it could be old, and the beauty is that you’re not really sure, like the bike. There’s also a scavenger hunt aspect to them, sort of like, “try to find where this is”. But brands specifically, they work best when they can leverage the neighbourhood. In some places, like New York, it doesn’t matter, because you just want eyes on your business. But here, it’s about utilizing a specific location.

Is there’s an aspect to the neighbourhood’s aesthetic that will never change?

I hope so. I do think- if anybody were to change it, it wouldn’t be accepted. If you were to see too many big stores come in that don’t relate to the area’s brand, then that’s when you would start seeing a shift and change, and it would be a whole different neighbourhood. Even landlords and tenants, we’re all here because we love the neighbourhood the way that it is.

So it’s from the ground up, but also from the ground down. It’s defined by who works at the street level and who lives in the apartments and condos up above them. Both groups are just as important.

That’s interesting because there always seems to a push-pull when it comes to the identity here. It wants to be high-end in some ways, but there’s always this appeal of something more dressed down. Is that difficult to capture?

It is to a point. You can also compare it to the dynamic between residents and tourists. Gastown was always, for a while, extremely tourist oriented. Especially Water Street. That tourist aspect still exists, but it’s not the aspect. When you take the tourists away, during the wintertime, what have you got left? Us. You’ve got to recognize the locals, and the ideas and the imagery that we all gravitate towards.

From a cultural standpoint, what do you think the future of Gastown is?

We’ll see what sort of businesses come in, but it’s a tough thing to predict. I would like to see it grow in a positive manner, but I’d like for it to keep that grunge mystic about it. It’s great when you can bring your family down and find something for everybody. But you can’t “Disneyland” it, you’ve got to keep it authentic.

What was it like to see the banners finally go up?

It was so awesome! It was so exciting! If you start down on one end of the street and look down the other, you’ll see all these different textures. It changes the way you look at the neighbourhood. Wait until it’s sunny out, and just go for a walk down the steet, man. It’ going to change the look and feel of them completely.