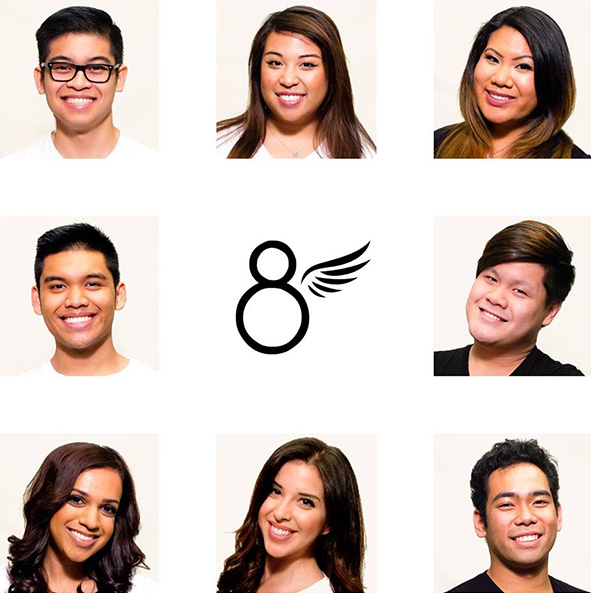 It will be one of those events you simply can’t miss. For what is Christmas but a time of togetherness, shared joy, laughter, celebration, lights, contemplation for the blessings in this life and music. Yule Duel is all this and a chance to give to a worthwhile charity, May’s Place. It’s also one heck of a competition! The performances are some of the best around, it’s thoroughly entertaining and above all, it’s fun! Here are three of the many fantastic choirs, who will be singing their hearts out for Yule Duel 2016.

I grew up as a chorister beginning my choral singing career in grade 4 when I sang in my elementary school choir. Since then, I’ve always viewed choral singing as a therapeutic experience. It’s a great feeling to just tune out and be present in the music.

I laugh about the day we came up with our name. It felt like a “movie moment” actually. We were all sitting in the living room looking through encyclopedias and throwing out random names trying to think of something that represented our passion and the feeling of being liberated through music. We were ready to end our meeting and decide on a name on a later date when Jessica, one of our singers, threw her hands in the air and yelled “8Wings”. It was great.

We competed last year and we had so much fun preparing and participating, that we wanted to come back again this year!

It’s hard to say – there are so many talented choirs participating this year. To be really honest, I’m just excited to be singing Christmas carols and being submerged in all the Christmas spirit!

There are a lot of great choirs on the roster this year but I think Sound Eclectic is definitely on our radar. We went head to head at last year’s Yule Duel and they blew us away with their amazing sound!

Since school is in full throttle with the semester nearing its end, you can find me listening to Mozart, Chopin and Rossini… to name a few (I’m a classical voice student) BUT there is definitely some “All I Want For Christmas” and “Silent Night” thrown into the mix. It’s never too early for Christmas music!

So how can people see 8Wings outside of Yule Duel?

While we still have our eight core-members singing this year, we’ve decided to expand our ensemble for Yule Duel to 14 singers and title ourselves “8Wings and Friends”. With this expansion, I think it definitely represents what Yule Duel is all about: coming together and celebrating the season with the ones we love through the thing we love to do – sing! The choir started about 20 years ago and was made up of Venezuelan friends at UBC who got together to sing Christmas carols around the campus. One of the founding members was my mother who became the musical director. About 5 years ago, she moved to Fort Mc Murray for work and I took over as director. I have been with the choir for 16 years now.

We have always been passionate about cultural diversity and showing others what Christmas is like in Venezuela. Last year, we heard about Yule Duel from a friend and were very interested. We were too late to enter but decided that this year we would definitely be part of it.

We sing mainly three types of songs: “Aguinaldos”, “Gaitas” and “Parrandas”. The Aguinaldos are a derivative of Spanish Christmas carols and they have are heavily influenced by religious themes; the Nativity and so on. The Gaitas are from the Zulian state in Venezuela and have their own specific rhythms. They are very popular and are exclusively sung around Christmas time. Parrandas are an Afro-Indigenous musical form played in various coastal states in Venezuela.  They also refer to a traditional carnival-like street party with origins that date back to the 18th century. In general terms, we refer to Parrandas as musical festivities during the Christmas season holidays. All of our songs are Venezuelan carols and most of our members are from Venezuela.

Our group is very excited and happy to participate and we know it’s all for fun and to raise money for a good cause. This is a wonderful chance to bring together so many choirs to share in the season and support a worthwhile charity. We haven’t really paid too much attention to the competition but we know that that there will be a lot of talented choirs at the event. We are trying to not be the best but rather to be the best we can be and to celebrate our uniqueness as a choir. We’re just happy to participate.

So how can people see you outside of Yule Duel?

We have many other appearances all over the Metro Vancouver area. The details can be found on our website.

What got you into choral singing and directing the choir?

I started The Impromptu Choir about 2 years ago with my friend, Fiona Sizer. We both shared the vision of creating something totally different from what was out there in the choral music scene. We came up with the idea of doing a drop-in singing night, which was casual and informal as opposed to a group which you commit to for the year. We wanted to create a space which was fun and allowed anyone who loves music and singing to share the time together.

I have a hard time naming things. We threw around a bunch of names and words and eventually came up with Impromptu. It really describes the concept of the group, who we are and our style. We’re really about having fun, being spontaneous and we’re open to anyone joining us!

I don’t know but we’ll have to see! I’m really looking forward to seeing who else will be there.

How big will Impromptu be this year?

I can’t say for sure just yet but we could have up to about 50 of our members come to Gastown for Yule Duel. It’s gonna be a party!

I think that our repertoire will set us apart. We’re doing some of same songs as last year but we have some new ones planned. We will be pretty rockin’ – that’s for sure!