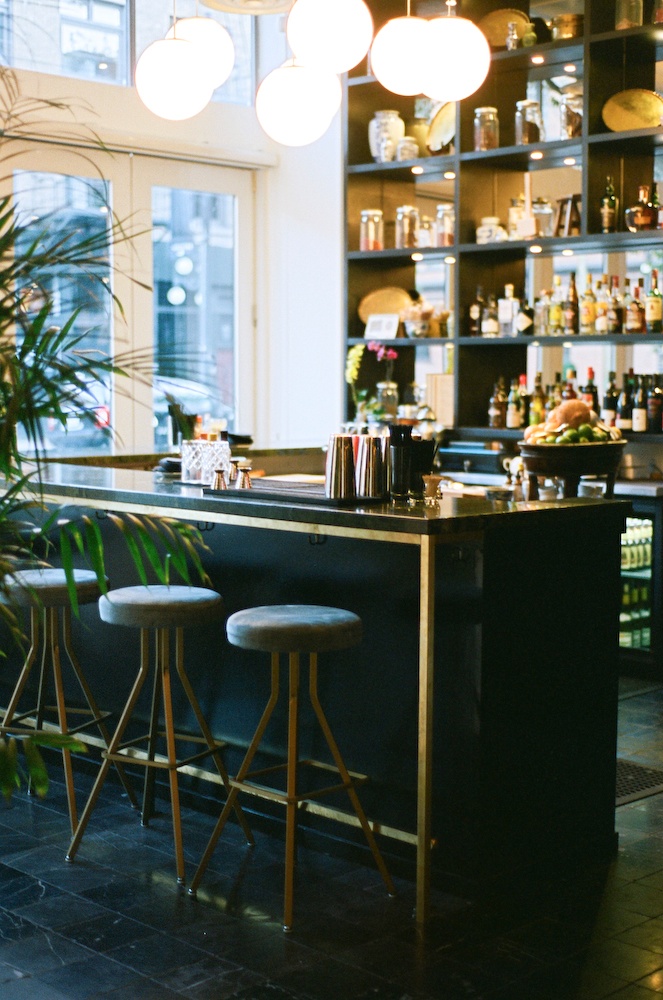 My family moved to Vancouver when I was a year old,” says Loy. “Growing up in Strathcona and Chinatown, Chinese New Year in my family became a blending of Chinese and Western cultures. The concept behind Bambudda was to share that unique culinary fusion with our guests.”

Duck, a traditional New Year’s offering, features prominently on the menu in both the steamed Duck Buns and the Tea Duck, served with a black-tea jus, red dates and holiday-appropriate chrysanthemum greens. In a playful nod to Chinatowns across the country, the fried Duck Gizzard is accompanied by packets of Wing’s Plum Sauce. Although Bambudda makes its own plum sauce in-house, Loy and Korzack wanted to pay tribute to the newer traditions embraced by Canada’s Chinese communities.

The Lettuce Wraps, stuffed with baked and fried Chinese eggplant, point to the Chinese word for “fortune,” which is also the word for “lettuce.”

And finally, the Lucky Coy, a frozen ginger parfait dessert in the shape of a fish, is a sweet way to highlight the custom of ending a Chinese New Year banquet with a whole fish — the head and tail symbolizing a good beginning and end to the year.

For his part, bar manager Robert “Buck” Friend has been tasked with creating three cocktails to complement the special menu: the rum-based Last Dynasty, the fiery Dragon’s Descendant and the Red Packet, made with cassia bark-infused tequila.