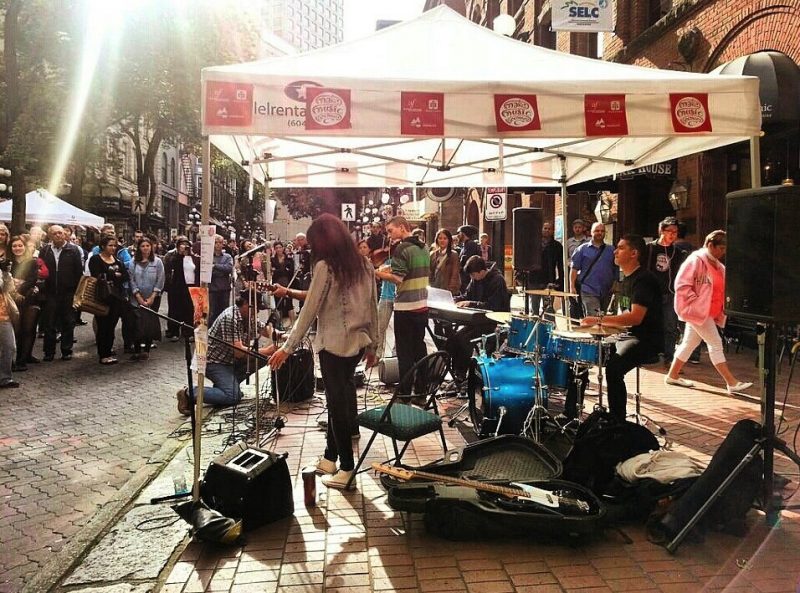 Make Music is one of the biggest worldwide live music celebrations, inspired by La Fête de la Musique in France, to make live music accessible to the public. Gastown hosted the first-ever Vancouver edition in 2011, drawing a crowd of 20,000 spectators.

The fourth edition of Make Music Vancouver kicks off tonight at 5pm. Gastown will transform into a music festival with sidewalk stages and dance floors set up along Water Steet between Cordova and Carrall. The lineup includes a wide variety of talent from established rockers to amateur musicians, with new acts featured every 45 minutes. Almost every musical genre will be showcased from classical to alt-country, hip-hop, EDM, reggae, and jazz-funk. You might see a few familiar faces! Gastown’s Revel Room owner, Dennis Brock, will be rockin’ outside of the entrance of Jules Bistro with his house band, the Revellers!

Make Music Vancouver is entirely free! Come join the dance party tonight from 5pm-10pm and celebrate music in all its diversity.