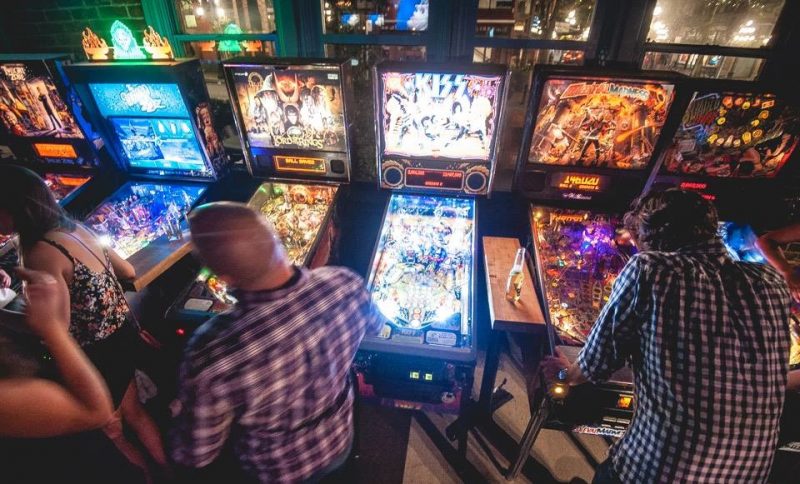 For over 60 years, Guinness World Records has inspired people to feats of endurance, creativity, and strength in the attempt to add their names to the list of world record holders. Lamplighter is excited to support one of those crazy dreamers. On September 8th, White Rock resident Eden Stamm will attempt to break the record for the “longest pinball marathon”.

The local pinballer will begin his playing marathon at 3pm on Tuesday, September 8th at The Lamplighter with the task of breaking the current record of 28 hours of consecutive play. Eden is allowed to take a five-minute break every hour and will be supported and encouraged around the clock as he attempts to break the record, which has stood since 2007.

If all goes to plan, Stamm will reach the recording-breaking time at 7pm on September 9th in the midst of The Lamplighter’s New Replay Pinball Tournament, the world’s largest weekly pinball tournament.

“We’ve been hosting our own pinball tournaments for some time now and we had the idea of trying to break a pinball world record”, said Damon Holowchak of Donnelly Group. “When Eden agreed to be part of the record attempt, we got in touch with Guinness to begin the process of applying to have our record attempt certified”.

Eden Stamm brings a genuine pinball pedigree to the record attempt, having competed at the highest levels for over a decade, including time spent as one of the top 10-ranked players in the world. He remains the reigning B.C. Champion and a regular winner on the pinball tournament circuit.

“We’re hoping to honour the Guinness Records, which were of course founded by the historic brewery, by setting a record in Vancouver’s most historic pub, and we’re looking forward to welcoming pinball players and fans to be part of this record attempt.”

In order to be certified as a record by Guinness, two witnesses will be required at all times throughout the attempt. Donnelly Group is building a schedule of record witnesses and is inviting those who would like to be part of a record attempt, and pinball history, to contact Emma Shaw eshaw@donnellygroup.ca.