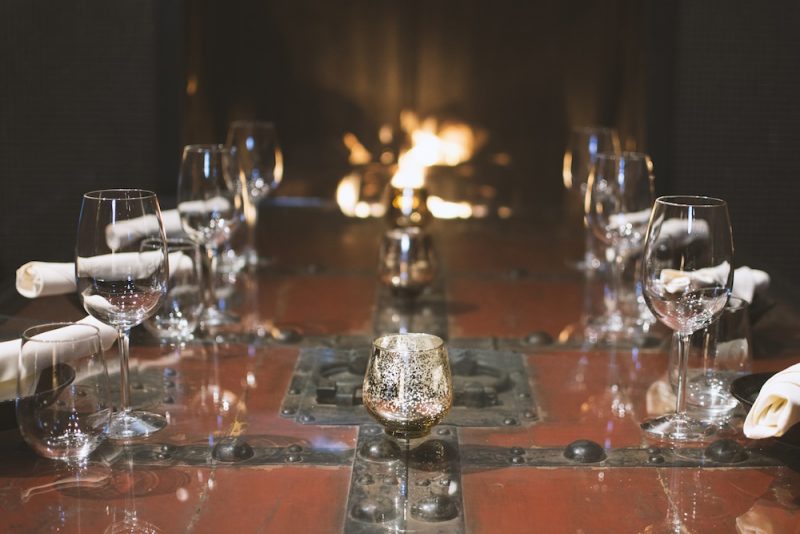 Salida 7 takes it’s Spanish roots to heart, drawing inspiration from the homeland for small plate dining that brings flavours together in a new way. The name itself is a tribute to Spain, referencing the highway exit number that leads to Gironia – the hometown of restaurant owner, Peter Demichev, who also owned a Texan Mexican restaurant in Spain.

After moving to Vancouver two years ago, Demichev was set on opening a Spanish restaurant to showcase classic regional recipes. But, in the first few months, he saw the “liberty to create more” with an experience that was less traditional. “Vancouverites love tapas. I noticed that the city really values this style of dining, so I decided to change the direction to serve more modern tapas, and not only classic tapas,” says Demichev. He brought in Executive Chef, Devin Blaney, to revamp the menu because he’s a master when it comes “to transforming a traditional dish and making it modern,” says Demichev.

Chef Blaney has introduced a new set of Spanish-inspired dishes with a touch of West Coast flair. A former head chef of Moustache Café, he brings over 20 years experience and a strong background in Spanish and Latin American cuisine, having worked at critically acclaimed Cobré and most recently, Cuchillo.

“My idea is to stay true to the traditional concept and tweak it in an interesting way,” Blaney notes. “I looked at classic Spanish dishes and either modernized them, or used local ingredients.” Chef Blaney focused on local sourcing, using a majority of meats from B.C. suppliers, including cold smoked chorizo from Two Rivers Meats. “The sardines are also a local product that’s cured here in olive oil and smoked salt. They’ve never been canned or frozen.” More exotic products, including an array of spices, are imported from Spain.

From small tapas to traditional mains, the new menu is perfect for sharing. Chef Blaney’s Spanish-style creations accentuate bold flavours, in a subtle way for all to enjoy. “I want everyone to experience something they haven’t before,” he says “I like to take ingredients that people aren’t accustomed to and cook them in a way that they can appreciate.”

If you’re visiting for the first time, he recommends trying the Pescadito fried white smelts and Bombas chorizo – or grilled beef tongue and braised rabbit if you’re more adventurous. For a traditional taste, three people can share their signature Valencian rice Paella, or Fideua, a vermicelli-based seafood dish.

When looking for a location, Demichev was drawn to Gastown’s bustling restaurant hub. Chef Blaney agrees. “The neighbourhood has become a dining destination for the city. I feel like this is the place everyone goes to now because of the quality of restaurants.”

Sit back and relax. Similar to Spanish dining culture, the atmosphere is intentionally laid back so diners can feel comfortable lingering over rounds of share plates and glasses of wine. Salida 7’s décor is colourful and inviting. A painted art mural greets guests as they step into the mezzanine – a Salvador Dali reproduction by local artist Guillem Rovira, paying a poetic homage to Salida 7’s highway origins. Each floor within the tri-level space provides a unique dynamic. Their mezzanine area celebrates Antoni Gaudi’s architectural works with decorative photos. Standing on the main level, our eyes were immediately drawn to the stunning bar, furnished with old wine boxes and accents of soft neon lighting. Behind the bar counter, they offer Spanish, Argentinian and B.C. wines & beers.

The lower-level offers a sophisticated lounge atmosphere. For private dining, guests can reserve the 20-seat sectional, complete with a fireplace and sleek black furniture. Sitting above the fireplace is a unique hand-painted mural that depicts Gastown’s historic Hotel Europe merged into the distinct backdrop of Barcelona.

And if the mood for live entertainment strikes, Soul2Live and other local acts will drop by to perform live.

The menu is going to constantly evolve,” says Blaney. “I really want everything to be as fresh and relevant to the season as possible. We’re planning for a change at least once a month.”

And when summer kicks in, they will unveil their outdoor patio, and possibly a lunch menu. In the meantime, guests can swing by for some Spanish style at 52 Alexander Street.