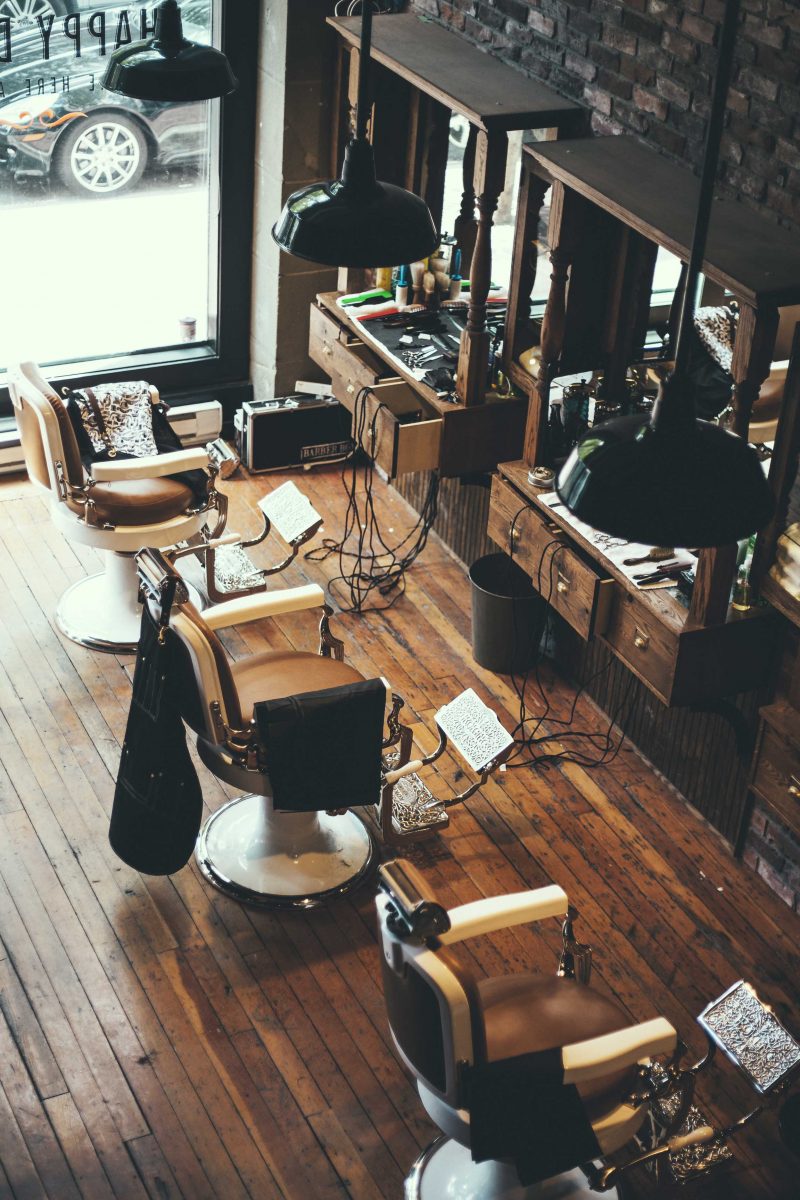 “Gastown is such a diverse neighbourhood, with heritage buildings and cobblestone streets, mixed with modern steel and glass facades – there was no where else we could think to open up our barber shop,” explains Margarita Reczek of 18th Amendment. “The history of Gastown and Gassy Jack ties into the prohibition era, making it the perfect neighbourhood for us.”

18th Amendment (or XVIII) opened their doors in August and recently celebrated their official debut with an event that had locals mixing and mingling. Designed for the modern man, they specialize in hot towel shaves, beard and moustache trims, classic haircuts, fades and even take care of the lads.

The shop is located on Cordova, between Carrall and Columbia, in a heritage building that takes you back a century just by walking through the door.

“The 1920’s were a time of historical and cultural intrigue, you think of jazz and glamour, gangsters and speakeasies,” remarks Margarita Reczek. “But it really came down to the first barber chair that we found – an original 1920s Koken Barber Chair – that started our obsession.”

And they didn’t just find one. The team scored five originally, three in good shape, one that they lovingly refer to as the ‘frankenchair’ and one that was in such bad repair that it didn’t make it onto the floor. The chairs are the centerpiece for a space that harkens back to simpler times when men would sit down for a hot shave and rousing discussion.

“We wanted to reference the 20s in a modern way, removing the kitsch that’s usually associated with a ‘themed’ shop. We want to continue that tradition of men coming in for a cut and shave, but staying to hang out with neighbours and make new friends. Put the phone down for a bit and socialize with real people and have real conversations.”

Starting with empty white box, the XVIII team transformed their space with paint, texture and even a few trophies. “We created dark green paneled walls, concrete pillars and traditional barber stations in front of an authentic brick wall – the bricks are from a tear down in Gastown and date back 110 years! It took us five months to complete this project, but we wanted to be sure that every detail was just right.”

But it’s not just about the space. It’s also about the service. Head barber, Jake Hurn, long-time pro, Travis Goeres, and junior barber, Nick Hickling, are the men behind the scissors and the reason clients will keep coming back. “Our team of barbers has been carefully curated over time, we tried to do this organically by adding to our team slowly, but making sure that we all fit together well. Their skills are incredible, and they are each very passionate about the barbering trade. They each bring something different into the shop, which has really given life to the place.”

Margarita also offered up some insight on how to grow a beautiful beard.

“Don’t touch it! Our barbers specialize in beard trims, and the biggest issues we see are people who try to tame a beard themselves – it’s hard! Leave your beard to a talented barber who can see every angle of it and make sure it’s perfect.”

Stop by for a trim or watch their Facebook page for announcements around monthly Speakeasy events, where they’ll team up with local craft breweries and distilleries for an evening of sitting and savouring. Learn more about XVIII here.