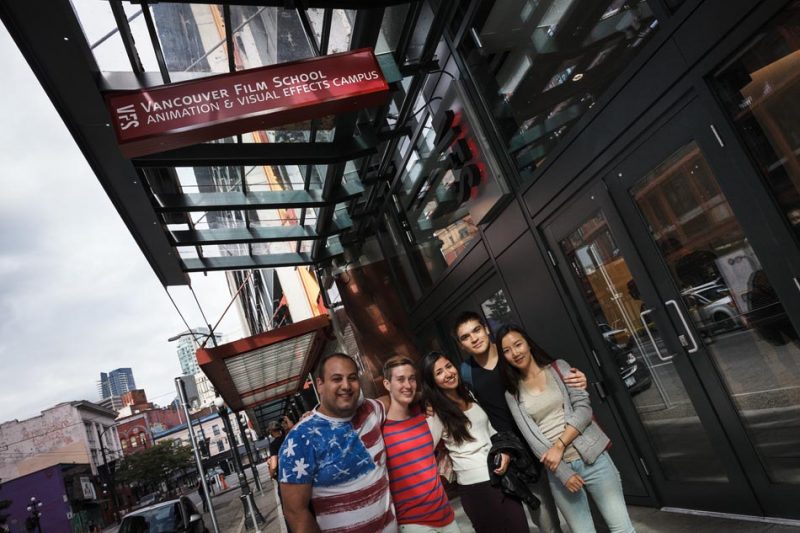 Congratulations on the new campus! Could you tell us about the new state-of-the-art facility?

Thank you! Our new Animation & Visual Effects campus opened in August 2013 and houses our Classical Animation, Digital Character Animation, and 3D Animation & Visual Effects programs. The 42,000 square foot facility offers our students access to every creative and technical amenity they could ever need and fosters a creative environment where they can collaborate with other VFS programs, like Film Production and Sound Design for Visual Media. The campus features two surround sound theatres, a green screen studio, fully optimized 2D and 3D classrooms, life drawing rooms, design studios, and more.

Why did VFS decide to open the campus in Gastown?

The majority of our other campuses are located in or around Gastown and we wanted this new facility, and our students, to be close to our other buildings as well as the students from our other programs. Gastown is also a thriving entertainment district, full of artists and industry professionals. Do you work with any industry players that are located nearby the campus, such as Scanline VFX?

VFS has significant relationships with all the major Entertainment Studios in US/Canada and has the largest “A” list studio advisory board. (SonyImage Works, LucasArts, Nerd Corps, Electronic Arts, Rainmaker, Digital Domain – to name a few). Our relationships with industry are paramount to the VFS success model.

We hear you kept some theatre sets and other interesting things from the former Storyeum facility. Can you tell us more about that?

Really all we reused were some of the large sliding ‘barn doors’. Untfortunately, much of what was there was damaged and we were unable to recycle. Having said that, we did keep the full size train locomotive and can say without doubt – we are the only film school with a train!

What makes Vancouver Film School unique to other film schools?

At VFS, we believe that one year of concentrated production work combined with industry-led theory is more valuable than four years of purely theoretical instruction. This educational model allows our students to achieve more in one year – or less – than at any other school. Can you tell us more about the hands-on educational experience at VFS?

At VFS, our students create something new every single day, getting hands-on experience in and out of the classroom. They learn the software, work in the labs, write, create, and edit their own films, and perform in front of the camera. Our faculty is also made up of working professionals and they bring real-world experience to the classroom that they are able to share with their students.

How does VFS keep up with integrating new technology from the animation industry to the school’s curriculum and facility?

Our Advisory Boards, which include some of the leading minds in their fields, help shape the curriculum to keep programs and facilities up to speed with current industry practices, technologies, and needs.

There’s an incredible amount of VFS grads that go on to work on major film production. Could you give us a few examples? Also, what is VFS’s role in helping to facilitate this success?

In 2013, VFS grads worked on more than 100 films, television programs, and games that grossed over 18 billion dollars worldwide. VFS alums can also be found in the credits of 18 of the highest grossing feature films of the year, including Iron Man 3, The Hobbit: The Desolation of Smaug, Frozen, and Gravity. One of our biggest grad success stories of the year was the release of Elysium, which was directed by VFS alum Neill Blomkamp and featured the work of 75 other grads from eight different VFS programs.

At VFS, we emulate a studio environment so that our students will be ready to make the transition from the classroom to the industry. All our students graduate with a professional-quality film, reel, or portfolio that demonstrates their abilities and talent which becomes their calling card when they leave school. As VFS is located in Vancouver, a city known for its thriving film, TV, animation, and game industries, our students have access to the industry while they’re still in school. These connections come from our instructors, mentors, and guest speakers.

What are some upcoming plans for VFS and the new campus?

We’ll be completing phase two (the 142 Water Street side) of the campus by end of March and that will be the point at which all VFGS campuses will be located in the Gastown corridor. Phase one has already had a huge impact on elevating the level of collaboration between programs and adding to the quality of the student outcomes. Our new facility will also be a showpiece when the entire world’s Animation and Visual Effects community comes to Vancouver in August for Siggraph 2014.