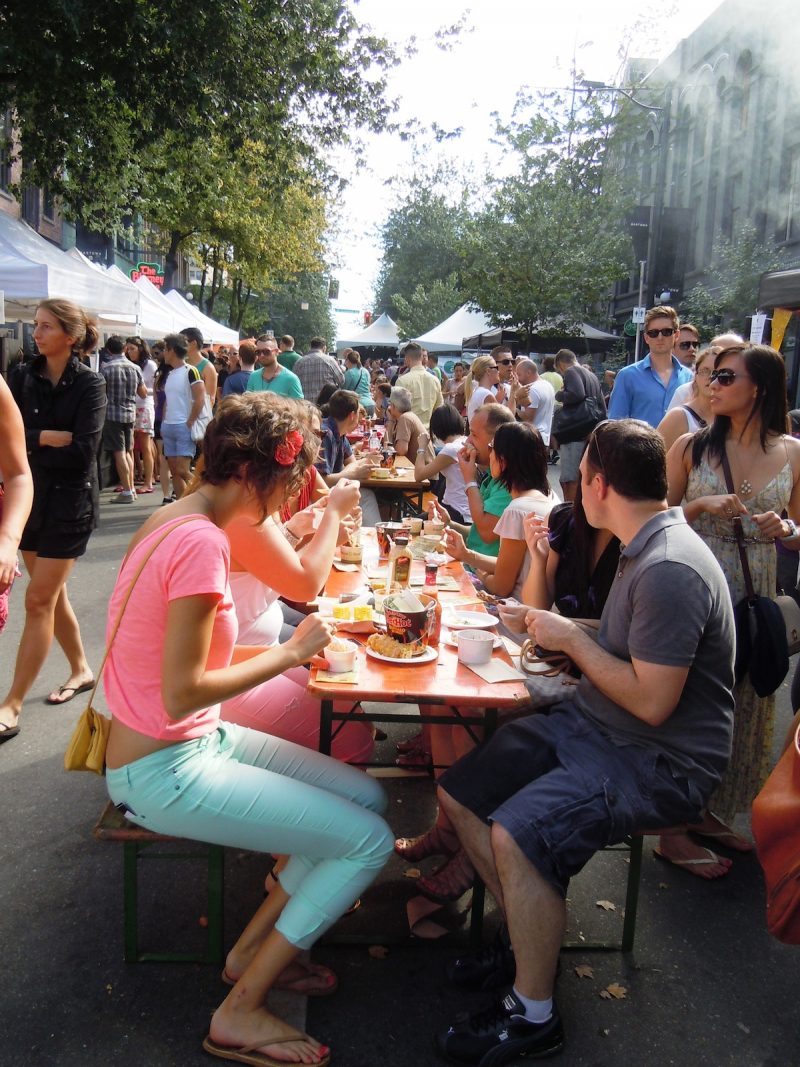 Prepared for the biggest and best year yet! This year’s event will feature 13 Gastown restaurant competing in the most exciting BBQ cook off any street festival has ever seen. Participating restaurants include: Gringo, Chill Winston, Railtown Café, Calabash, Hasting’s Warehouse, TUC Craft Kitchen, Deacon’s Corner, The Charles Bar, The Irish Heather, Lamplighter Pub, The Blarney Stone, Stateside Craft, and Peckinpah.

Each restaurant will prepare a BBQ dish (either chicken wings, pork ribs or beef brisket), chili recipe of their choice, and two sides­ (coleslaw, potato salad, corn on the cob and cornbread). This year’s menu will also feature at least one vegetarian chili recipe.

BBQ and chili samples will be offered on both days by all vendors through taster tokens, available for purchase at the event. Prices are 4 tokens for $10 and 9 tokens for $20.

Don’t forget about the grand finale pig roast on Sunday! Five whole pigs will be smoked, roasted and served up as a sandwich at $10 each, or pulled pork plate with one side dish for $12 each. Samples for the pig roast will be available on Sunday evening at 5pm. The two-day festival is jam packed with exciting activities including wing eating contests, street performers, headlining musical acts, and celebrity appearances. The festivities will take place on the 200 block of Carrall Street, between Water Street (Gassy Jack statue of Maple Tree Square) and Cordova Street (passing by the entrance to Blood Alley). Visitors will find a larger festival site, more vendors, and an expanded licensed area. The entire street will be closed to vehicular traffic and lined with food vendors, BBQs, picnic tables, a beer tent and large musical stage hosting live performances all weekend long.

Wing-slingers can put their skills to the test at the festival’s wing eating competition. On Saturday and Sunday at 3pm, winger eaters will compete for some great prizes on the street stage. Come out and practice your wing eating technique or just ‘wing it’! Space is limited, so be sure to sign up when you arrive at the ticket booths! Visit here for contest rules.

The Gastown BBQ & Chili Festival welcomes all-ages and is free to attend. Proceeds from this year’s festival will be in support of Athletics for Kids, a non-profit that provides financial aid to help children throughout the province participate in organized sports. Come bring the entire family, try some amazing BBQ offerings and help support this great cause! Visit www.gastownbbq.com for more information.