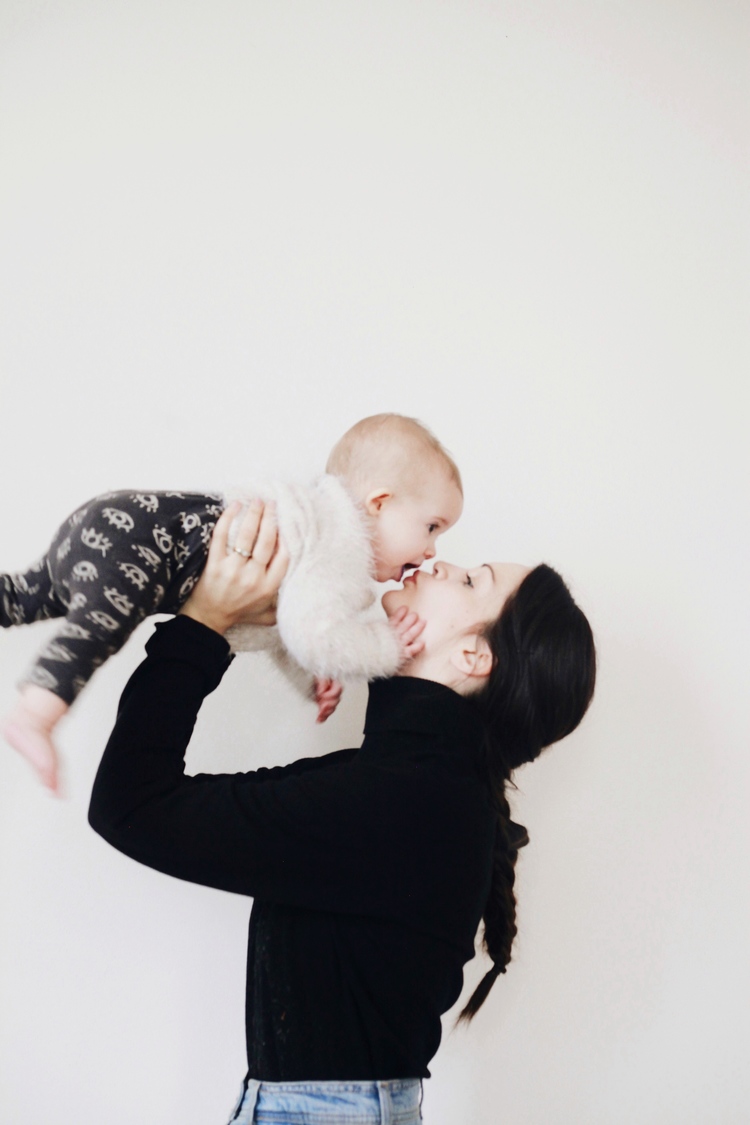 Sisters, Tegan Klenner and Lindsay Sjoberg have been working together for years. It started with vintage clothing and feather earrings, and became a blog that allows them to share their passion for community, fashion, food, beauty and DIY’s with avid readers. “Since the blog wasn’t bringing in an income for a few years, we spent our time at cafe jobs, balancing that with the writing,” explained Lindsay. We worked six or seven days a week for quite some time.”

The pair also travelled a lot, Lindsay to China, the USA and across Canada with her band, and Tegan with her musician husband, Dan, on Hey Ocean’s American tour.”

After three years of blogging part-time, a chance daydream session with a fellow creative brought them to where they were last week, hosting a discussion about finding a white wall, making a mess in the kitchen and not worrying too much about the grammar. “The studio seemed to have serendipitously fallen into our laps. It was in August, and I was just back at my cafe job after a summer break,” said Lindsay. “My friend Evan from Thoughtbox Visuals (who they now share the space with) popped in and we started talking about studio spaces. We hummed and hawed at what the possibilities could be, and then pulled up Craigslist. The Gastown spot was one of the first few postings, and Evan and I kind of shared a ‘this could be it’ look.”

One day later, they signed the lease.

“It all happened very fast, it was somewhat scary, but also liberating. I quit my job a couple weeks later.”

Lindsay and Tegan moved into the studio in September and quickly made it their own. From the comfy couch to a suspended bassinette (for Tegan’s little one), it has a warm, lived in look that lends well to their lifestyle shoots. “Gastown is such an amazing neighborhood to be a part of. It is so full of energy and rich with engaging artists. Everyone wants to help each other out.”

Lindsay noted collaboration as a defining characteristic of the area, something that the pair know a lot about after years of establishing relationships with the brands they promote. They’ve remained true to themselves by choosing partners that reflect their aesthetics and values.

“Free People has always been our dream brand, and we have been fortunate to work with them on a few posts. We also really admire Ace & Jig.” For the food posts, it’s all on them.

“We were really excited about our Breakfast Poutine. It was one of those surprise recipes that you didn’t expect to turn out as well as it did. It was great to share it with our readers (and eat it).“

When the invite went out to join Lindsay and Teghan for a casual chat about their work, it didn’t take long to fill the seats. We arrived early, grabbed a coffee and settled in. Latergram.me Community Manager, Stephanie Trembath, led the Q&A, giving us an opportunity to hear how Treasures & Travels was born and where these ladies plan to take it in 2016. At the end of the session, I had one burning question – what has been the hardest part of blogging full time?

“Being self-motivated and making the transition of having all of your income based on your own will power to make it happen. It can be a lot of pressure, but it’s also super exciting and we feel very lucky to be where we are at with our business today.”

And as for 2016, they want to travel more. Watch out Montreal, Texas and San Francisco – these two fiesty females are coming for you!