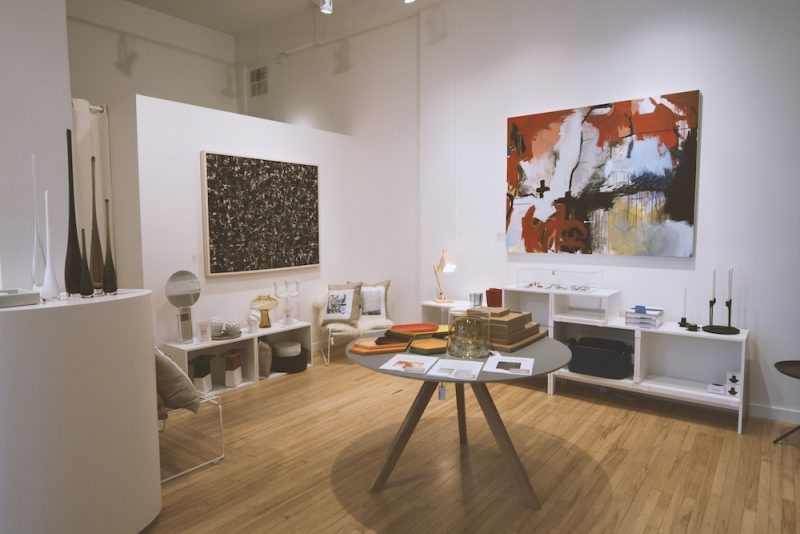 “I built a vision in my mind of the collection I would carry in my own store,” he recalls. “As an interior designer, you’re always in search of great décor – and I found amazing products that I’ve fallen in love with while shopping for clients.”

After working as a residential designer in Montreal, Pierre moved to Vancouver to fulfill a dream of owning his own boutique. In 2011, he launched Espace d – “a space” that showcases an assortment of niche products from around the world, many which are exclusive to the shop. A true minimalist at heart, Pierre has a penchant for the Nordic aesthetic. “I love the clean lines and simplicity. And at the same time it’s very timeless and functional,” explains Derreumaux. Among the mix, you’ll find new classics and vintage designs dating back to the 1950s.

“Since Gastown is a home décor destination, it made sense to be here,” he says. “I’m so happy to be in Gastown. It’s such a vibrant area with interesting stories. There’s a real neighbourhood feel that’s not found in other parts of the city.”

His new location seamlessly reflects his taste: bright, chic and inviting. The storefront is hard to miss with its welcoming display of fresh flowers from Olla and with a cheeky ‘say: es-pass-day!’ under script (the proper way of pronouncing the shop’s name). Its all-white walls create the perfect canvas to display Pierre’s perfectly merchandised collection and the occasional pop of colour.

And, there’s something noticeably unique when you step inside. Espace d is also a gallery, displaying featured artworks by local talent Pierre has met through friends. “When we change the art, the store becomes another store. It creates a different atmosphere and it’s so nice to work in this environment.”

In addition to supporting local, Pierre is an advocate for eco-friendly designs. “There are some very cool things being done with recycling process,” he says. Within the selection, Pierre has handpicked eco-conscious standouts including modern baskets made of recycled bottles, Argentinian organic Marino wool throws, and throw pillows patterned with recycled fish skin – all cutting edge, yet chic, you’d never guess it was eco-friendly. Hiding within the collection of things Pierre loves, is an adorable Brussels Griffon named Lucy. “I got Lucy when I moved into Vancouver. She’s the love of my life,” he says. “Lucy loves people and takes her role as a greeter very seriously.”

“The store name is French, the owner is French, my dog is Russian, the décor is Scandinavian and the art is local,” he notes. “It’s an interesting mix.”

Always on the look out for great pieces, Pierre dedicates off-hour time to sifting through publications and travel overseas to attend Paris’s biggest home décor show, Maison & Objet. And, he certainly knows a thing or two on European design.

“Every single item, I chose for a reason – so, if someone was to walk in and ask about an item, I can share the entire story behind it. I think people like that.”

Pierre’s passion for décor is charming, contagious and truly emanates when meeting in person. The boutique is in-line with nearby independent retailers, where shoppers can appreciate a one-on-one conversation with the owner, and develop a personal first-name relationship.

Tips from the Trade

Since spring has arrived early, we asked Pierre for the scoop on re-decorating for the new season. “Start with something you love and develop around it,” he recommends. “It could be a pillow, a piece of furniture or a painting. Walk around and discover what attracts your eye, and what you can add, to make it beautiful.”

“When I decorate a home, I try to understand and define the atmosphere the client wants to create. They’ll know it subconsciously,” he says.

If you don’t know where to start or could use a few fresh updates, come see Pierre at Espace d. The boutique is open Tuesday to Sunday.